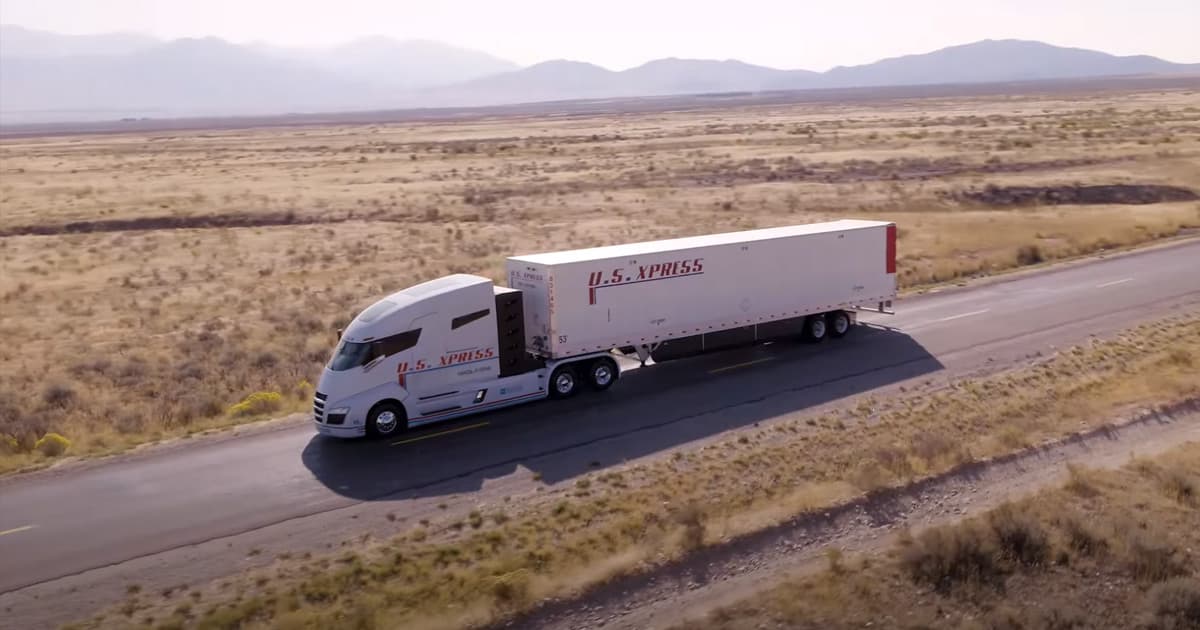 In 2016, Telsa competitor Nikola Motors unveiled the Nikola One, an electric semi truck. On stage, founder Trevor Milton made it sound like a fully-fledged vehicle ready to hit the highways of America.

"This thing fully functions and works, which is really incredible," he told the audience at the company's unveiling — a major foot-in-mouth moment, in retrospect.

Two years later, the company showed off its progress in a video showing the massive truck gliding down a picturesque desert road. "Behold, the 1,000 HP, zero-emission Nikola One semi-truck in motion," the video's caption read.

But that might have been an enormous exaggeration, according to short selling investment firm Hindenburg Research. In an Earth-shattering report released this month, the company claimed that "Nikola is an intricate fraud built on dozens of lies over the course of its Founder and Executive Chairman Trevor Milton’s career."

As a quick refresher, short selling is the act of borrowing securities and selling them on the open market, with the intent of buying them back later for less money. In other words, short sellers bet against companies and profit from any drops in price.

Milton isn't the only electric car company CEO who has had to deal with short sellers. Tesla CEO Elon Musk has a long history of battling it out with them.

But in the case of Nikola, the short sellers may have uncovered some genuine issues. Attached to the report, the company says, were "phone calls, text messages, private emails and behind-the-scenes photographs — detailing dozens of false statements by Nikola Founder Trevor Milton."

In the report, a 2017 text message conversation with an unnamed Nikola employee showed that the truck revealed in the video was not at all functional, as Ars Technica noticed. According the report, the truck was simply rolling down a hill, with the camera tilted to the side to make it look like it was propelling itself down the desert highway.

Bloomberg reported in June that the vehicle in the video had no gears, motors or hydrogen fuel cell.

"There wasn’t a fuel cell in the truck," Milton told Bloomberg at the time. "We never claimed there was."

In a detailed press release, the company claimed that the gearbox, batteries, inverters, as well as other systems including brakes and suspension were "all functional." Therefore "these allegations by the short seller are false and misleading, and designed to manipulate the market to profit from a manufactured decline in Nikola's stock price."

Its spin of the truck rolling down a hill is especially strange.

"Nikola never stated its truck was driving under its own propulsion in the video, although the truck was designed to do just that," it read.

The company is planning to test a "pre-production Nikola Two, a hydrogen-electric powered semi-truck for the medium and long-haul trucking sectors," next year, according to the statement.

The bizarre events could help explain why Nikola ended up striking up a deal with General Motors last week. GM will be the exclusive source of hydrogen fuel cells for the company's Class 7 and 8 semi trucks around the world except for Europe, according to Ars.

More on Nikola: General Motors Is Teaming Up With Tesla Competitor Nikola