Approximately 95 percent of consumer batteries sold in the US are not recycled and are ultimately thrown away." 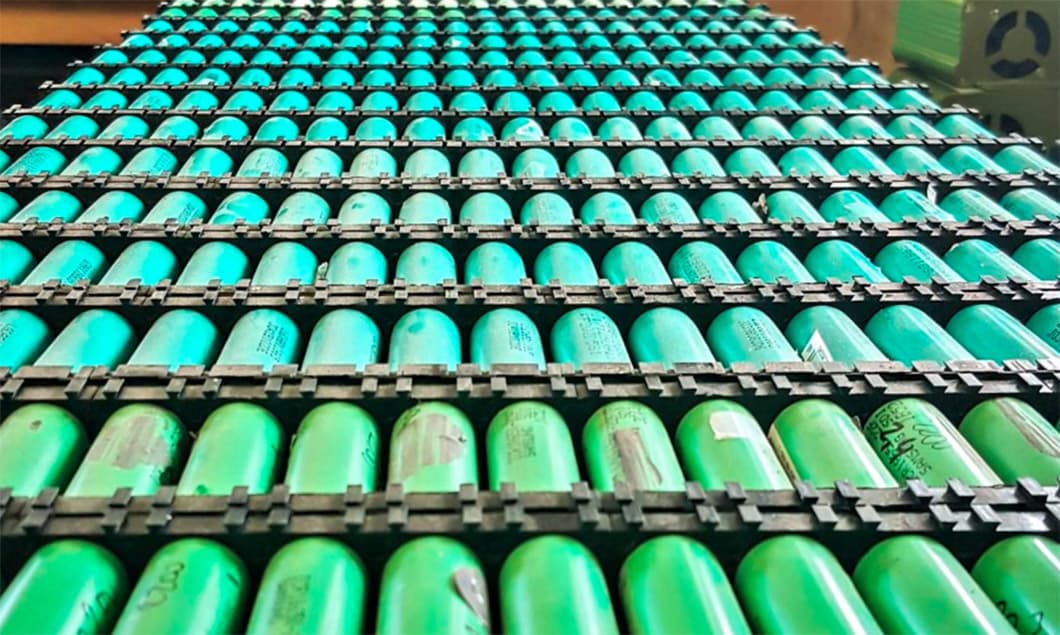 Tesla's Powerwall was intended to provide a convenient way for homeowners to store electricity for future use, such as when the power goes out. But with a $5,500 price tag, they haven't been affordable for many consumers. Some who had been interested in the tech, however, decided to try to make their own. It turns out homemade powerwalls aren't just more affordable, but often are capable of storing just as much power as the Tesla version.

Consumers have constructed their own powerwalls by utilizing old, recycled batteries from laptops. While they may seem useless or devoid of battery life at first glance, DIYers have capitalized on their own resourcefulness and the wastefulness of those around them. There are forums and numerous YouTube videos dedicated to helping people build their own powerwalls; one YouTuber, Joe Williams, explains that it all comes down to being able to trust something built yourself — as opposed to what a company says is right for you.

"The end result is being able to rely on something I not only built myself but understand the ins and outs of to power some or all of my electricity in my home. That is inspiring," said Williams to Motherboard.

Tesla's Powerwall is capable of storing up to 14 kWh, but that's not due to the limits in technology, since others have been able to store much more. On the DIYPowerwalls forums, one user named Glubux claims his custom made powerwall can hold up to 28 kWh. Australian YouTube creator Peter Matthews built one that he claims can store 40 kWh, which it gathers from the 40 solar panels on his roof.

18650 lithium-ion batteries are the most recommended batteries to use, and they're easily identifiable by their colorful plastic. They can be found in more than just laptops, but collecting enough of them to create a powerwall can be time consuming. Foraging may be a more economical option, however,  since store prices for batteries can be more than $5 per battery.

Having less impact on one's finances isn't the only benefit to building your own powerwall. Since people often throw away their laptops without removing the batteries, they usually end up in a landfill. But DIY powerwall builders are recycling batteries and giving them a whole new purpose.

"Approximately 95 percent of consumer batteries sold in the US are not recycled and are ultimately thrown away," said Call2Recycle CEO Carl E. Smith to Motherboard.

"Virtually all batteries can be recycled into valuable secondary products which is the biggest reason why they should not be landfilled and should be recycled instead."

This trend is proof that people will create their own worthwhile hardware is companies aren't providing what they want at prices they can afford. While there are some risks to building a powerwall if you don't have the proper tools and resources, a little research, invested time, and a little ingenuity can go a long way.

Read This Next
Reduce, Reuse, Landfill
A Shocking Amount of US "Recycling" Goes Straight to the Landfill
Good Neighbors
German Government Says It May Keep Nuclear Plant Open After All
Back Online
Japan May Need Nine Nuclear Reactors Turned On to Get Through Winter
Bitcoin Ban
Another Entire Country Just Banned Crypto Mining
Piercing The Hype
If Graphene Batteries Do Everything Scientists Say, They Could Be a Gamechanger
More on Earth & Energy
Cow Chow
Yesterday on the byte
Bill Gates Gives $12 Million to Flatulent Australian Cows
Dye in the Water
Yesterday on the byte
Scientists Dye Chunks of Ocean Water Pink for Head-Turning Coastal Experiment
Face/On
Yesterday on the byte
Scientists Found a Dinosaur's Face, Complete With Its Skin
READ MORE STORIES ABOUT / Earth & Energy
Keep up.
Subscribe to our daily newsletter to keep in touch with the subjects shaping our future.
+Social+Newsletter
TopicsAbout UsContact Us
Copyright ©, Camden Media Inc All Rights Reserved. See our User Agreement, Privacy Policy and Data Use Policy. The material on this site may not be reproduced, distributed, transmitted, cached or otherwise used, except with prior written permission of Futurism. Articles may contain affiliate links which enable us to share in the revenue of any purchases made.
Fonts by Typekit and Monotype.