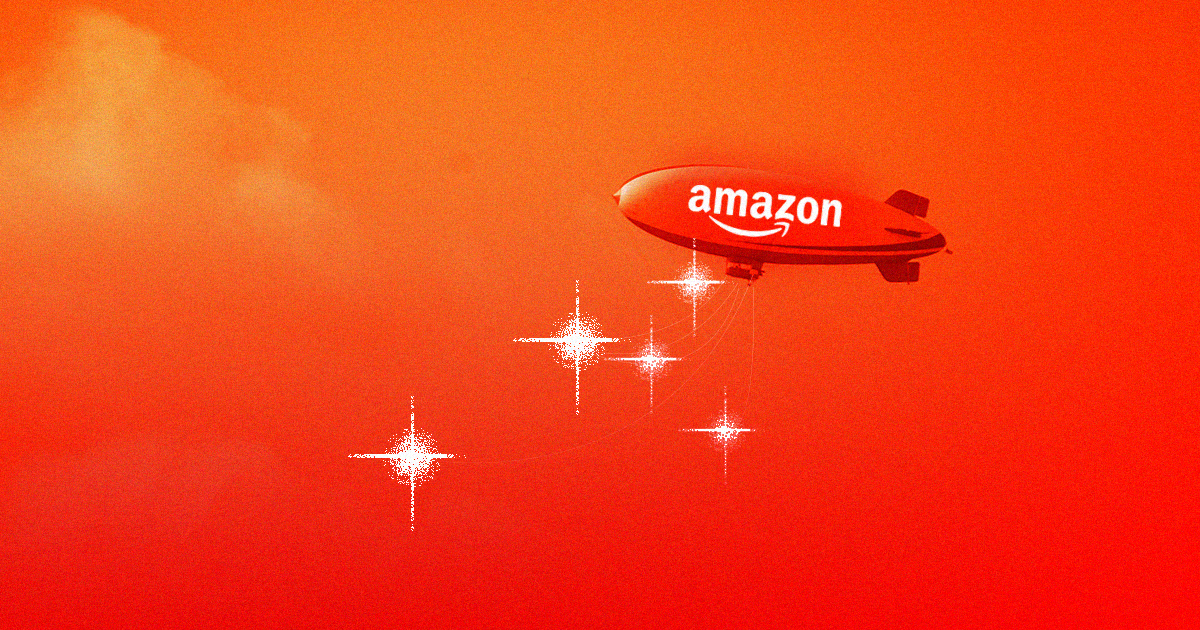 We've had our fun; it's just terrifying CGI.

We've had our fun; it's just terrifying CGI.

If you've been online recently, you likely encountered a viral video of an Amazon mega-blimp dispatching a swarm of delivery drones onto an unsuspecting city.

The video comes from a Hiroshima-based artist who was inspired by an existing airship, Lockheed Martin's P 791 hybrid aircraft, Gizmodo reports.

Amazon CEO Jeff Bezos first teased the idea of delivery drones back in 2013, Business Insider reports, and the company has made headlines as it pursued the technology in the years since, which may explain why some internet-goers believed that the CGI Amazon mothership was real.

But let's be real — the idea of a gigantic Amazon carrier ship looming over our cities isn't all that far-fetched, given the company's rise from online bookstore to trillion-dollar corporate monolith.

READ MORE: This Amazon Mothership is Terrifying as Hell, Even If It's Completely Fake [Gizmodo]

Bumper Drones
Cargo Drones Have One Problem: Not Crashing Into Things
3. 28. 19
Read More
Amazon Scout
Amazon is Unleashing Its Own Army of Delivery Robots
1. 23. 19
Read More
Amazon Wants to Use Drones to Recharge the Batteries of Electric Vehicles
10. 19. 17
Read More
+Social+Newsletter
TopicsAbout UsContact Us
Copyright ©, Camden Media Inc All Rights Reserved. See our User Agreement, Privacy Policy and Data Use Policy. The material on this site may not be reproduced, distributed, transmitted, cached or otherwise used, except with prior written permission of Futurism. Articles may contain affiliate links which enable us to share in the revenue of any purchases made.
Fonts by Typekit and Monotype.