This could lead to "opto-ceutical" methods for treating mental health disorders. 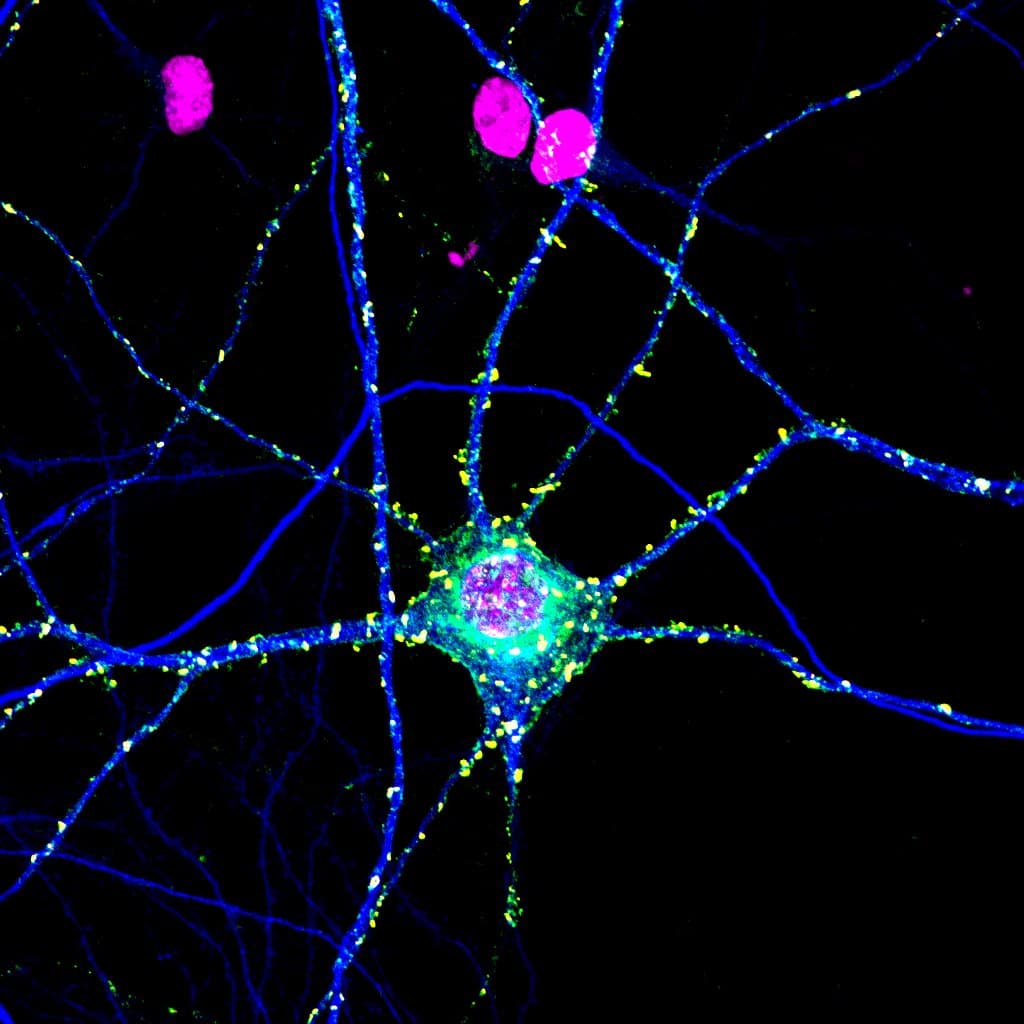 A host of mental health issues have been tied to light: from trouble related to our circadian rhythms to  seasonally-related mood disorders, light can have a profound impact on our health. In a new study, researchers have put this long-held theory to the test using specially crafted ultrafast light pulses that can trigger neurons to fire, as well as altering the patterns in which they fire.

The study, published in the journal Nature Physics, was completed in mice by a team of researchers at the University of Illinois, led by Dr. Stephen Boppart. It's the first demonstration of coherent control, a practice using light beams to control functionality within a living cell. The success of this demonstration could allow researchers to develop new methods for treating mental health disorders in the future by using light to direct neural activity.

Dr. Boppart and his team used optogenetic mouse neurons, cells with added genes to make them responsive to light. While the team modified these cells, the researchers assert that the same results should be possible in cells that are naturally sensitive to light, like those found in the retina.

Dr. Boppart stated that "The saying, 'The eye is the window to the soul' has some merit, because our bodies respond to light. Photoreceptors in our retinas connect to different parts in the brain that control mood, metabolic rhythms and circadian rhythms."

In nature, biological systems that use and are affected by light do so with the light from the Sun. But within this controlled experiment, the research team used fast pulses of light less than 100 femtoseconds long. This has a different effect than naturally-derived light sources, as it's a large quantity of energy in a short period of time. The team changed both the length of the pulses and their wavelengths to truly explore the different responses that were possible.

While this first true demonstration of this ability is more of the first step than a complete conclusion, the team is confident that their methods could have clinical applications one day. Dr. Boppart remarked that "Ultimately, this could be a gene-free, drug-free way of regulating cell and tissue function. We think there could be 'opto-ceuticals,' methods of treating patients with light."

Read This Next
Quacks Like a Duck
Those Headlines About Scientists Building a Wormhole Are Total Nonsense, People
Buzz Buzz
Scientists Hijack Fruit Fly Brains to Remote Control Their Wings
Heady Stuff
Experiment Suggests That Consciousness May Be Rooted in Quantum Physics
Good Samaritan
Physics Dept Gets Random Box Full of $180K in Untraceable $50s and $100s
Woooaaah
Scientists: The Human Brain Has Odd Similarities to the Entire Universe
More on Hard Science
Tractor Beam
Thursday on the byte
Scientists Build Working Tractor Beam, Although It's Comically Tiny
Having a Blast
Jan 18 on the byte
New Study Shows Where You Should Hide to Survive a Nuclear Attack
Offworld Amino
Jan 15 on the byte
Scientists Find Building Blocks of Life in Meteor That Smashed Into Family's Driveway
READ MORE STORIES ABOUT / Hard Science
Keep up.
Subscribe to our daily newsletter to keep in touch with the subjects shaping our future.
+Social+Newsletter
TopicsAbout UsContact Us
Copyright ©, Camden Media Inc All Rights Reserved. See our User Agreement, Privacy Policy and Data Use Policy. The material on this site may not be reproduced, distributed, transmitted, cached or otherwise used, except with prior written permission of Futurism. Articles may contain affiliate links which enable us to share in the revenue of any purchases made.
Fonts by Typekit and Monotype.