This Startup Wants to Tattoo Brain-Reading Electrodes on Your Skull 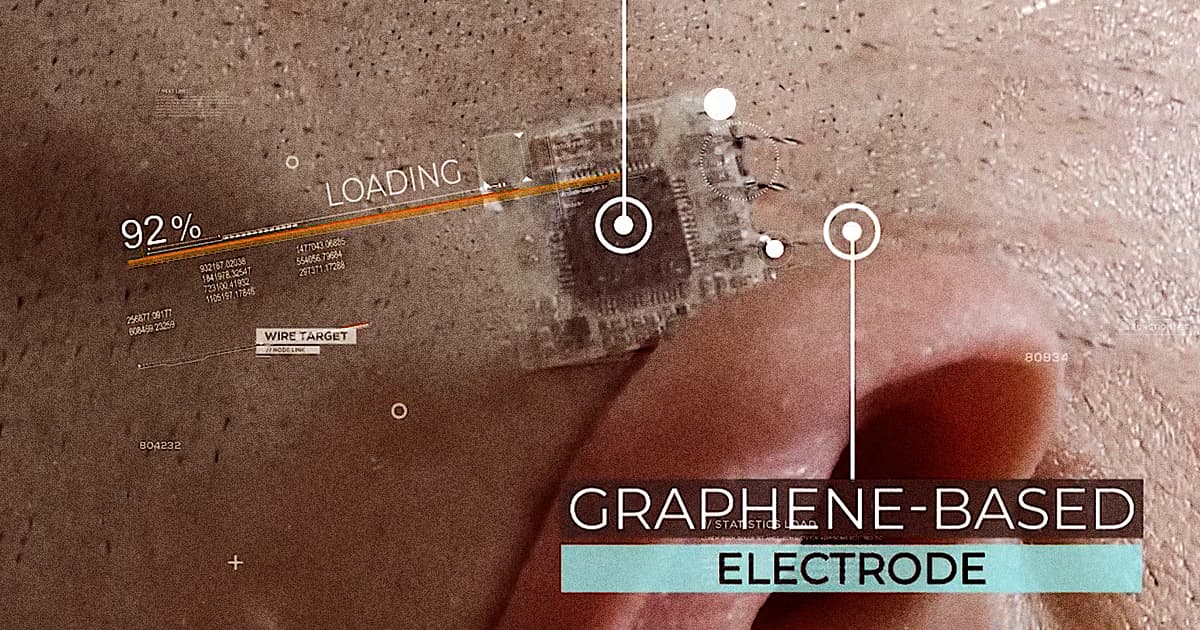 A startup thinks that listening in on your brain waves could reveal medical mysteries — and perhaps even help connect your mind to virtual reality or video games — and it has an unusual plan to get access.

Brain Scientific is developing what it’s calling an “e-tattoo” that it can implant beneath someone’s scalp with a robotic device that looks like a conventional tattoo gun got mixed up with a 3D printer. The e-tattoo, which is a series of tiny electrodes, each just a fraction of the size of a human hair, basically gets stitched beneath the skin through a mechanism that Baruch Goldstein, co-founder and executive chairman of Brain Scientific, told Futurism operates much like a sewing machine.

Once it’s in place, the e-tattoo can get a clear reading of your neural signals in real time, thanks to an extremely compact microEEG device that clips behind your ear. Right now, Brain Scientific’s microEEG processor is about the size of a postage stamp, but the company expects to make an even more compact version as its research and development of graphene tech progresses.

That data could prove invaluable to medical researchers, and Goldstein said he envisions Brain Scientific’s tech serving as a sort of platform of real-time EEG data for doctors who want to study neurological conditions or tech developers building brain-computer interfaces.

The platform could also be invaluable for anyone who wants to develop virtual reality experiences or games that can be controlled by neural signals, or for anyone developing mind-controlled electronics. But right now, the most tangible use for the e-tattoo that Brain Scientific is exploring is a big data study on the neurological signatures of epileptic seizures.

Doctors have long wondered whether there’s a pre-seizure state in the brain, or a kind of discernable neurological pattern that the brain gives off before an epileptic seizure begins. Plenty of research teams have tried and failed to find a pattern that’s generalizable among multiple patients. But Dr. Erin Conrad, a neurologist and epilepsy specialist at the University of Pennsylvania’s medical school, told Futurism that so far nobody has cracked the code.

Brain Scientific’s e-tattoo, however, might do the trick, because it would give researchers access to a major treasure trove of real-time neurological data over long durations that they wouldn’t be able to capture in a lab setting.

“We are trying to predict when a seizure can happen,” Goldstein told Futurism. “It is too still premature to say what the results will be, but these are more or less our goals: Just to predict when the seizure will happen so you can get medicine that might prevent it.”

Because the wires are so tiny, they don’t interfere with hair growth at all, Goldstein explained. They can weave around hair follicles to the point that you wouldn’t be able to tell someone had an e-tattoo embedded under their skin unless you also happened to catch a glimpse of that microEEG behind their ear. That means study participants or anyone else with the e-tattoo embedded under their skin can likely go about their day without being gawked at. So far, no one has the e-tattoo, but Goldstein said the company is working to conduct clinical trials soon.

No one knows if those pre-seizure neurological signals even exist in the first place, Conrad warns. But if they do, she tentatively suspects that the e-tattoo could prove useful in identifying it — and then spotting it as it happens in the brains of epilepsy patients.

“If we could find these [warning signs] reliably, that that could be really helpful,” Conrad told Futurism. “You could alert the patient to the condition and then that could drastically influence their care. For instance, the patient could choose to take an extra dose of a seizure medicine that day or choose to stay home that day.”

In addition to the e-tattoo, Brain Scientific is developing a graphene band that can be imprinted onto someone’s head like a “temporary tattoo,” Goldstein said, where it reads the same neural signals through the skin.

“When we talk about imprinting, what we envision is more like a temporary tattoo,” Goldstein said. “It’s not like a permanent tattoo you can’t take out.”

“It’s not like a chip in your brain,” he reiterated.

The graphene band is less invasive and can be washed off with a special solvent instead of needing to be removed by a doctor. But Goldstein expects it to be far less useful — especially for the long-term epilepsy study — than the e-tattoo just because it won’t have the same level of access to the user’s brainwaves.

“You can have an artificial artifact in the data” with the graphene band, Goldstein said. “When you’re moving your face, you’re blinking your eyes, it’s all noise that can interfere with the software. The software will be analyzing the noise and the real signal. If you put it under the scalp there will be less noise. The quality will be better if you put it under the skin.”

It’s far too early into the project to guess what will happen with Brain Scientific’s epilepsy research. But whether or not there is a pre-seizure state in the brain just waiting to be discovered, the massive pile of data gathered by the new e-tattoo is sure to reveal something new and unusual about what our brains are constantly doing behind the scenes.

5.02.21
This Deep Sleep Aid Helps Provide Rest and Revitalization for Your Body and Mind
Get the deep, restorative sleep you need with Crash and Reboot.
By Futurism Creative / Read More >>
5.02.21 Developments
Addiction Researcher Says It’s Okay to Do a Little Heroin, as a Treat
Psychologist Carl Hart uses heroin recreationally — and believes you can too.
By Tony Tran / Read More >>
5.02.21 Developments
Indian Police Accused of Taking Dying Mother’s Oxygen for “VIP”
The woman's son can be seen on a viral video begging for the tank back.
By Tony Tran / Read More >>
Keep up.
Subscribe to our daily newsletter to keep in touch with the subjects shaping our future.