The contact lens keeps track of glucose levels in tears and delivers results through the lens display. 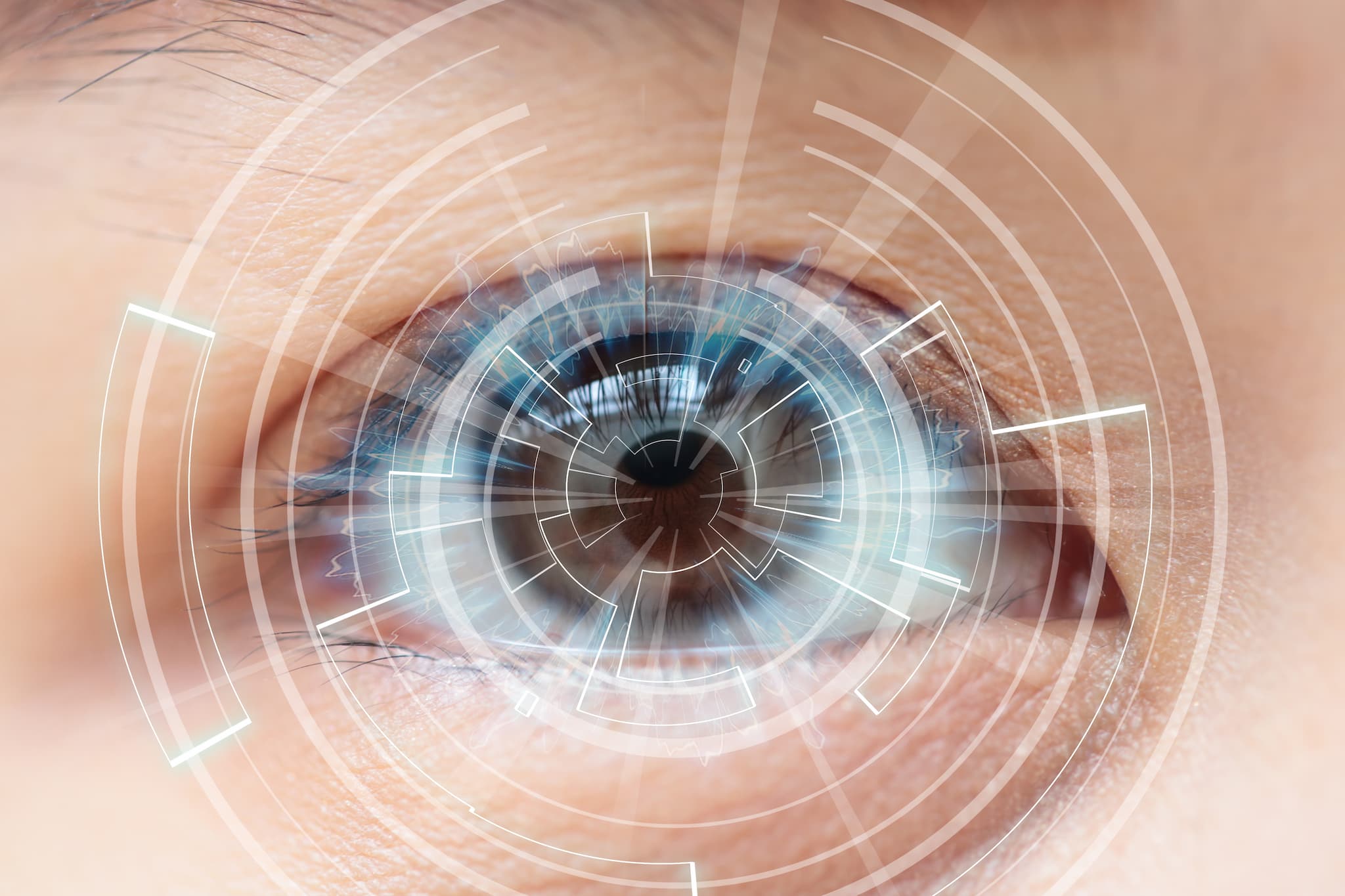 The concept of a smart contact lens isn't exactly new. However, many emerging smart lens technologies employ lenses that are both expensive and extremely brittle. They can impair the wearer's vision or even cause injury, and measuring signals from these lenses often requires bulky equipment. Now, a newly developed smart lens could change all of that.

In a study published in Science Advances, a team of researchers from the Ulsan National Institute of Science and Technology (UNIST) and Sungkyunkwan University detail their research on a lens capable of measuring and monitoring glucose levels in tears. Not only is it softer and more user-friendly than other smart contact lenses, it is also the first soft contact lens to use a display pixel for glucose monitoring.

The pixels access sensing data in real-time, eliminating the need for external equipment to measure the glucose. The glucose information is displayed through the LED pixel. When the system detects that glucose levels have crossed a certain threshold, the LED pixel in the lens shuts off, alerting the wearer to the concerning level.

So far, the researchers have tested their smart contact lens in a rabbit's eye, and they say they were able to successfully monitor the animal's glucose levels wirelessly. They hope the lens could eventually be used to monitor glucose in humans. This could be incredibly useful for people with diabetes, and it could also be used to screen for pre-diabetes, giving patients the upper hand in preventing diabetes and keeping track of their health.

This dramatic advance in smart contact lens technology could one day be a standard medical tool, allowing people to take their health into their own hands with comfortable, easy-to-use monitoring abilities.

Besides glucose levels, this type of technology could be extended to monitor other biomarkers, such as blood pressure, body temperature, or cholesterol. These could allow the wearer to work together with their physician to better prevent vascular disease, better understand their risk of stroke, and much more.

Because smart lenses can interact with the wearer's natural tears, they could one day be used to deliver drugs comfortably and directly.

The potential applications aren't limited to healthcare, either. The ability to integrate sensors comfortably into a lens could be used to advance virtual and augmented reality technologies.

While quite a few steps remain between testing on rabbits and the release of a usable product for humans, this research puts us closer to a future in which contact lenses are able to transform our lives.

Read This Next
Futurism
Color-Changing Tattoos Could Help Millions Monitor Their Health in Real-Time
Futurism
We'll Have to Wait a Little Longer for Autofocusing Contact Lenses
Futurism
New Contact Lenses Slow-Release Drugs to Fight Glaucoma
Futurism
2018 May be the Year of The Artificial Pancreas
Futurism
Human Beta Cells Successfully Eliminate Diabetes in Mice
More on Enhanced Humans
Brain Transparency
Feb 3 on futurism
Duke Professor Welcomes the "Promising" Future of Employers Reading Your Brain
Brain-Computer Im...
Jan 3 on the byte
Neuralink Cofounder Says New Company's Eye Implant Could Be "Ultimate" VR Tech
Eyes Have It
12. 30. 22 on futurism
Meet the Neuralink Cofounder Who Left and Started a Competitor That's Now Rapidly Catching Up
READ MORE STORIES ABOUT / Enhanced Humans
Keep up.
Subscribe to our daily newsletter to keep in touch with the subjects shaping our future.
+Social+Newsletter
TopicsAbout UsContact Us
Copyright ©, Camden Media Inc All Rights Reserved. See our User Agreement, Privacy Policy and Data Use Policy. The material on this site may not be reproduced, distributed, transmitted, cached or otherwise used, except with prior written permission of Futurism. Articles may contain affiliate links which enable us to share in the revenue of any purchases made.
Fonts by Typekit and Monotype.