We have removed all diabetic symptoms in mice. 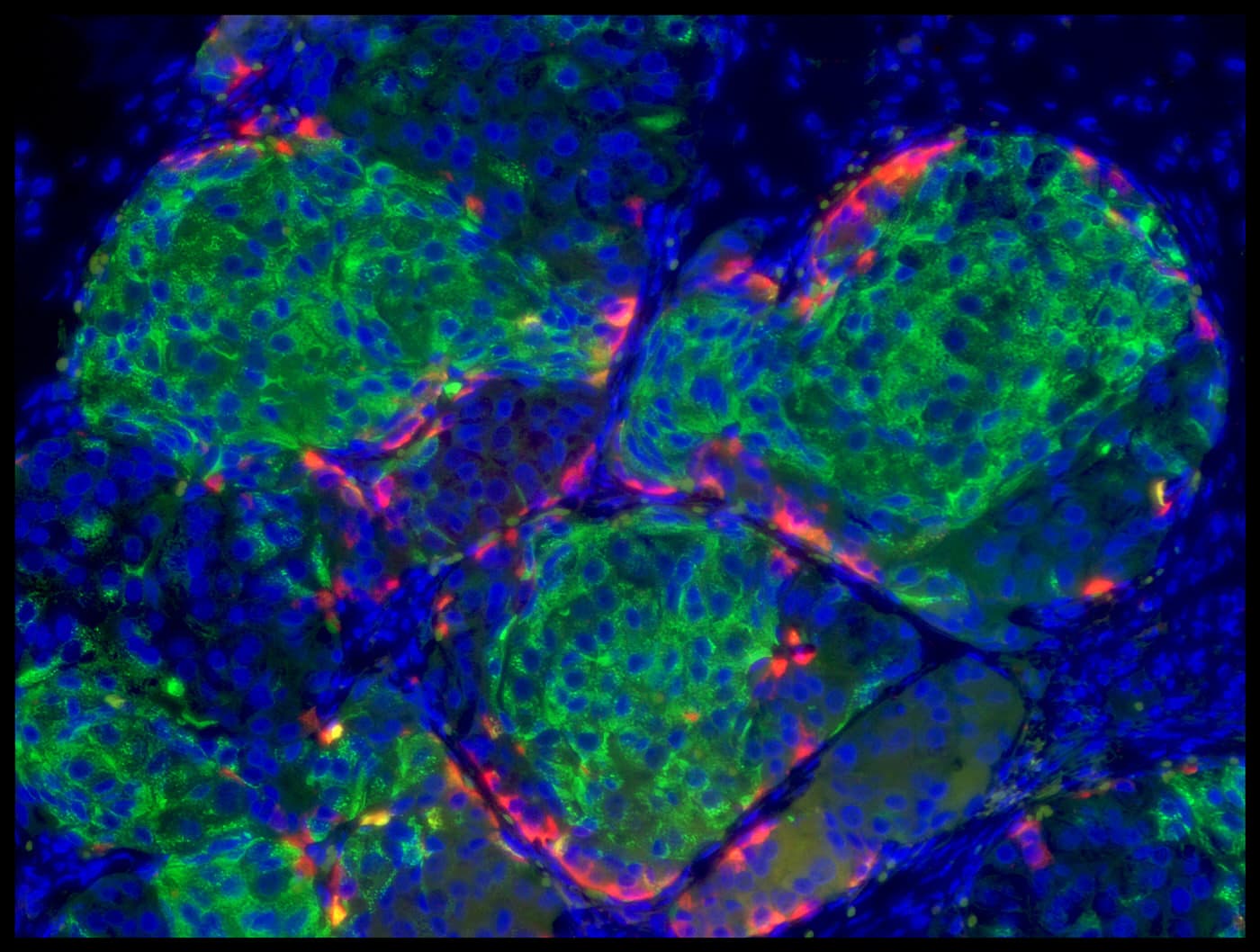 Diabetes is a disease that concerns many people. More than 30 million people are affected by it, worldwide and there is no cure. To date, much research has been done to try and cure it or make it more manageable. Now, there may be a new hope for those who have this disease.

Scientists from the Salk Institute have announced a discovery that could possibly lead to a reliable cure for diabetes, and it comes through the use of non-embryonic stem cells.

Diabetes is normally a condition stemming from non-functioning pancreatic beta cells. Type I diabetes is the condition where the cells actually die, while Type II happens when these cells become unresponsive to chemical compounds meant to control them. Any diabetic does not have his/her beta cells releasing enough insulin to regulate blood glucose.

Clearly, fixing the beta cells seems to be paramount in relation to fixing diabetics. But the trouble is, previous studies have failed to grow adult pancreatic beta cells, even from stem cells.

This is exactly what the Salk researchers were able to achieve. They were able to grow a fully functioning pancreatic beta cell from an induced pluripotent stem cell.

To do this, the researchers added something called Estrogen Related Receptor-gamma (ERRγ). Previous attempts to grow beta cells failed to move past fetal versions of betas. Apparently, they needed to add ERRy, since it is what indicates to the cells that they should mature into adult pancreatic cells.

The tests and the derivative cures offer many advantages. First of all, the stem cells used were induced pluripotent, not embryonic. They are grown from adult skin cells—avoiding the moral, ethical, and legal restrictions in embryonic research.

Also, the stem cells were human in nature. Human skin was used to grow the stem cells, and mice were used to test it. The researchers had to suppress the mice's immune systems for no rejection to occur. Even with this suppression, the mice exhibited none of the diabetic symptoms after the test. This means that the path to human testing is easier, since experiments that use human tissue are already underway.

There definitely isn't a cure yet, and clinical trials and FDA approval take a rather long time, but there is new hope.

Read This Next
Futurism
Smart Contact Lenses Could Screen for Pre-Diabetes and Monitor Glucose Levels
Futurism
Scientists Move One Step Closer To “Curing” Diabetes Using First-Ever Stem Cell Implant
Futurism
Color-Changing Tattoos Could Help Millions Monitor Their Health in Real-Time
Futurism
Pregnancy Without Men? New Research Lets Us Make Babies From Skin Cells
Futurism
Revolutionary Bioprinting Tech Results in Beating Heart Cells
More on Enhanced Humans
Skull Candy
Oct 24 on the byte
A Guy Lost His Eye and Put a Bright Light Into the Socket
So Sue Me
Sep 28 on futurism
Battle Erupts Over Alleged Grisly Photos of Brain-Hacked Neuralink Monkeys
Synchron Eyes
Aug 23 on the byte
Frustrated With Neuralink's Slow Progress, Elon Musk Approaches Competitor
READ MORE STORIES ABOUT / Enhanced Humans
Keep up.
Subscribe to our daily newsletter to keep in touch with the subjects shaping our future.
+Social+Newsletter
TopicsAbout UsContact Us
Copyright ©, Camden Media Inc All Rights Reserved. See our User Agreement, Privacy Policy and Data Use Policy. The material on this site may not be reproduced, distributed, transmitted, cached or otherwise used, except with prior written permission of Futurism. Articles may contain affiliate links which enable us to share in the revenue of any purchases made.
Fonts by Typekit and Monotype.