Newly Developed Microneedles Can Dissolve in the Skin to Deliver Drugs 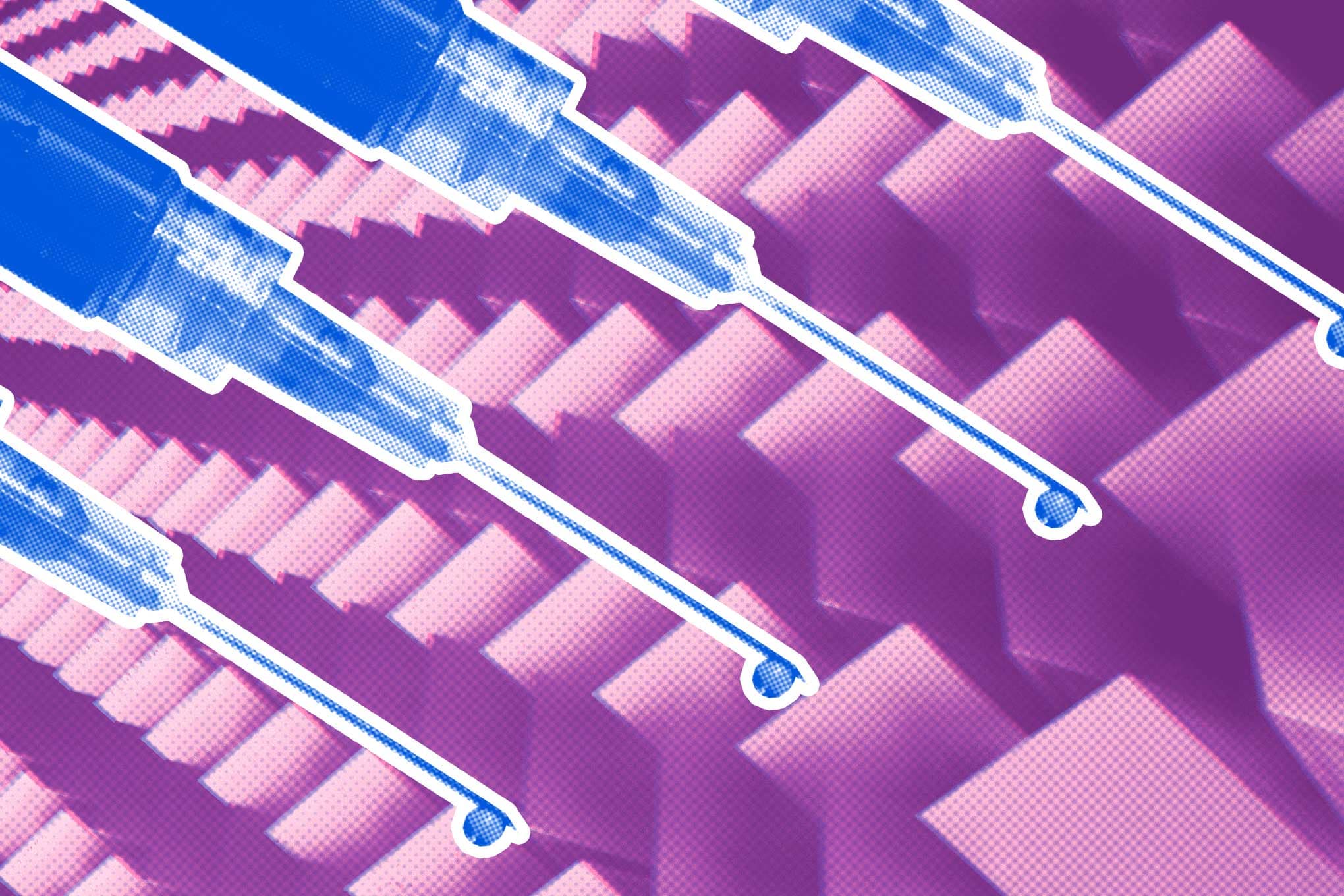 A fear of needles may soon be a thing of the past, as a team at the University of Texas at Dallas has come up with a painless alternative to conventional syringes.

With the new method, drugs would still be injected into the body, but using a microneedle that patients can't even feel. The needle is so thin that it would break off under the skin dissolving as it releases the intended substance over time. Although the system wouldn't work for every kind of medication, ultra thin needles are able to deliver a variety of drugs, provided they are made of small molecules.

The team's research, published in ChemRxiv, explains that the needles are made using a 3D printing technique known as "fused deposition modeling", and polylactic acid, a renewable, biodegradable, thermoplastic material that's been approved for use by the U.S. Food and Drug Administration. To achieve the tapered shape, the needles are chemically etched after the printing process. The team is able to create microneedles with tips as small as 1 micrometer or one millionth of a meter, and different needle shapes with a width of 400-600 micrometers. For comparison, a human red blood cell is about 5 micrometers wide.

While hypodermic needles are the standard for giving injections, they can be painful, and leave ugly bruises if not handled with precision. They also produce biohazardous waste. The new microneedles would solve all these problems at once: not only do they make injection painless, and can theoretically be used by just about anyone, but because the needle dissolves under the skin as it delivers the drug, it doesn't create waste.

One setback to the concept is that while the actual needles can be produced cheaply, the initial design requires expensive photolithographic equipment. However, early results are encouraging: The finished microneedles have been successfully tested on parafilm and pig skin to evaluate their ability to puncture and break off as intended. And according to Cosmos Magazine, the researchers found that applying sideways force worked well, resulting in 84 percent of needles breaking off.

Research into alternative ways to deliver drugs has become increasingly popular in recent years. Last June, scientists from Georgia Tech and Emory University developed a sticker patch equipped with microneedles that could be used to deliver vaccines. In February, researchers from the University of Copenhagen released a study suggesting edible QR codes could be the next step in drug delivery.

Regardless of where the medical community goes, it's safe to say that patients around the world would welcome painless injections, or no injections at all. Imagine a world in which parents no longer have to convince their children that the scary-looking needle isn't that bad, even when it is, in fact, terrifying to look at.

12.06.21
Scientists Say a New Chewing Gum Reduces COVID-19 Spread
12.18.18
A Child Was Immunized By the World's First Drone-Delivered Vaccine
12.13.18
Bluetooth Smart Pill Pairs With Your Phone From Inside Your Stomach
11.15.18
Scientists Invent an Eye Patch Covered in Drug-Delivering Needles
5.16.18
Ebola is Back. Here's How This Outbreak is Different.