A Child Was Immunized By the World's First Drone-Delivered Vaccine

The drone had to fly more than 24 miles of mountainous terrain. 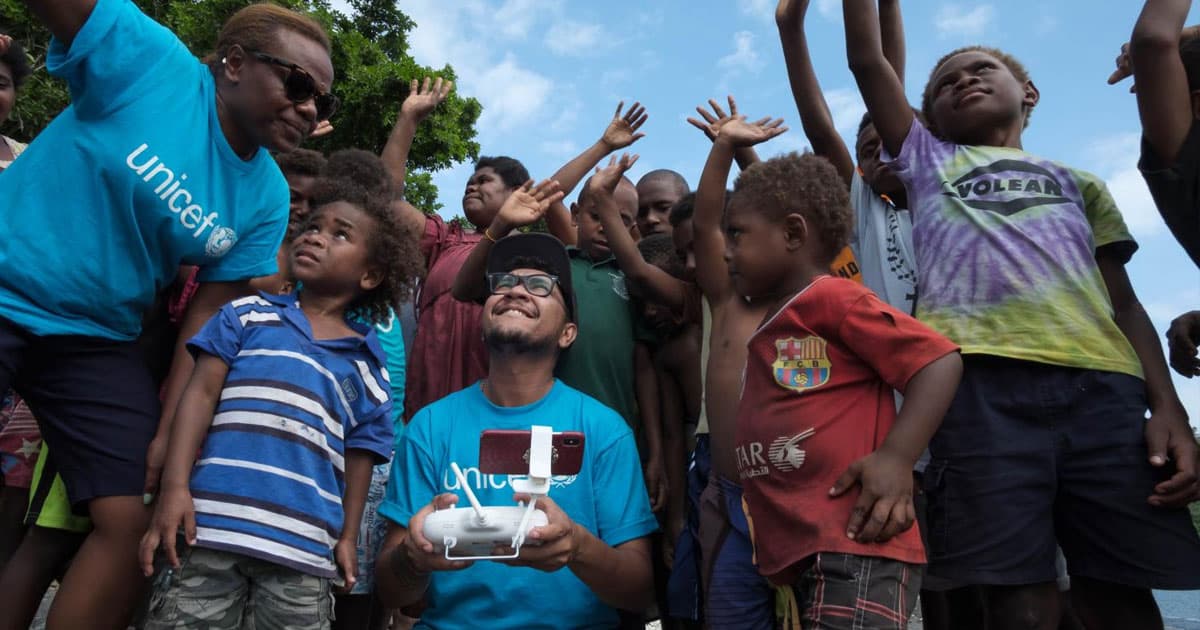 The remote islands of the Vanuatu archipelago, in the middle of the Pacific ocean, are sparsely populated. Small populations are scattered across a number of islands, separated from each other by the ocean itself and mountainous, volcanic, and otherwise inaccessible terrain.

Needless to say, providing adequate healthcare is tricky for the South Pacific ocean nation — in fact, one out of five children in Vanuatu miss out on essential childhood vaccines, according to UNICEF. But drone technology, it says, could give local healthcare professionals a big leg up.

UNICEF announced Tuesday that it and several partners had successfully delivered a vaccine to Cook's Bay on Erromango Island, where it had been used to vaccinate a one-month-old child against hepatitis and tuberculosis. The drone had to fly more than 24 miles (40 kilometers) to get to its destination, flying over rugged mountainous terrain in the center of the island.

"Today’s small flight by drone is a big leap for global health," said UNICEF Executive Director Henrietta Fore, as quoted by UNICEF's press release. "Today’s first-of-a-kind vaccine delivery has enormous potential not only for Vanuatu, but also for the thousands of children who are missing out on vaccines across the world."

The drone delivered enough vaccines for 13 children and five pregnant women. The delivery was the result of a joint effort between UNICEF, private partners, and the local Vanuatu government. UNICEF touted the flight as the "first-ever commercial contract to deliver vaccines by drone."

It's not only the mountainous terrain that makes delivering vaccines difficult on Vanuatu's islands and other remote places — you also have to keep the vaccines at a constant low temperature. The solution: attaching a styrofoam box filled with ice packs to the drone.

Officials back on the ground included an electronic data logger inside the box to detect if temperatures ever rise above an acceptable range.

The remote South Pacific nation is looking to integrate drones as a way to transport vaccines, and other health supplies in the long term.

More on drone deliveries: Are Delivery Drones Actually Better for the Environment?

12.06.21
Scientists Say a New Chewing Gum Reduces COVID-19 Spread
5.16.18
Ebola is Back. Here's How This Outbreak is Different.
4.27.18
Bill Gates Just Announced a $12 Million Contest for a Universal Flu Vaccine
4.23.18
There May Soon Be A New Vaccine To Combat Addiction To Bath Salts
3.14.18
Newly Developed Microneedles Can Dissolve in the Skin to Deliver Drugs