Now the hard part: getting it to work. 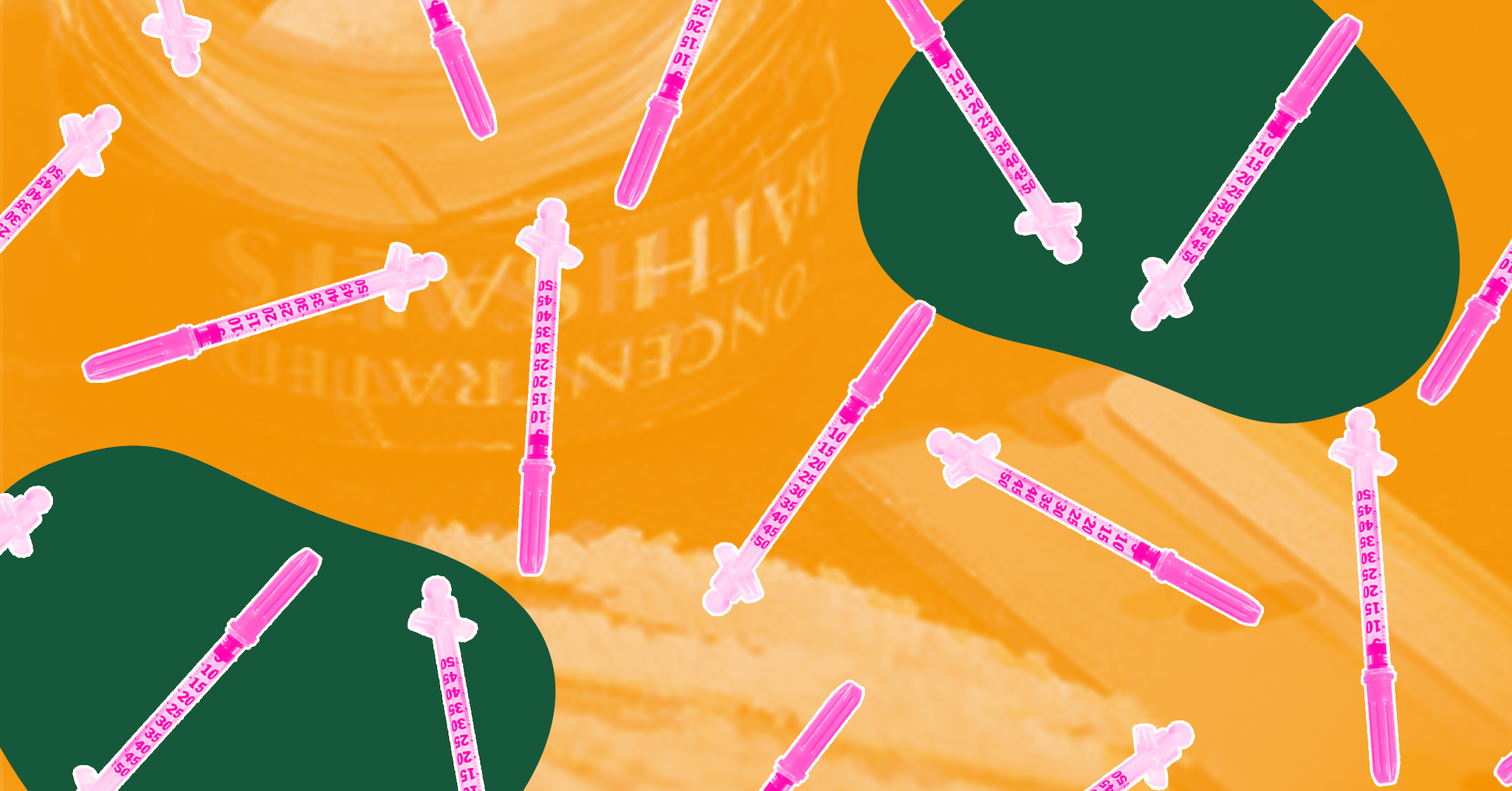 Hey, here's a thought: Why don't we create a vaccine for drug addiction?

It's a devilishly elegant solution for something as stigmatized as drug abuse and, even worse, relapse. Train the immune system to attack molecules of the drug if it ends up in the body, and the person won't get high. Bam. Simple.

The concept has come up before, for drugs like opioids and alcohol. And now, researchers have started making one for bath salts, according to a new study. But there’s a reason that there are no true drug vaccines on the market; the challenge here isn't making a vaccine that works — it's getting it to the people who need it.

Bath salts are a type of designer drug that generally contain a compound called a cathinone, an addictive stimulant similar to amphetamines. They look like bath salts, but that's about where the similarities end (as the National Institute of Drug Abuse perhaps over-explains, "Synthetic cathinone products marketed as 'bath salts' should not be confused with products such as Epsom salts that people use during bathing. These bathing products have no mind-altering ingredients."); the drug is cheap and extremely powerful, often sought by people who usually use cocaine or meth but want a stronger high. Bath salts can cause dizziness, confusion, and psychosis, which is what happened in the now-infamous case in which someone on the drug tried to eat another person's face off.

In the study, presented at the annual Experimental Biology conference in San Diego on Sunday, the researchers tested a vaccine to combat two types of bath salts — MDPV and alpha-PVP — in mice. The researchers found that the vaccine boosted the mice's immune response so that the mice got much less high off the drug, and felt the effects for less time. And the immune response worked for months after vaccination.

This could be promising for people who are going through rehabilitation or trying to stay off the drug — if the drug doesn’t do anything for you anymore, it's (at least theoretically) easier to kick the habit for good.

But there are significant hurdles to figuring out if this vaccine will do what it's supposed to. The researchers behind the bath salt vaccine got past one of the biggest scientific elements that usually thwart these kinds of treatments: getting the immune system to respond to the right molecule. But we don't yet know if the vaccine for bath salts addiction will work in humans. Lots of drugs and other treatments, including a similar vaccine for opioids, work great in animals don’t end up being useful for humans. Medications that get overhyped for success in animals fail to deliver in human clinical trials again and again, and these treatments never find their way to the people they were supposed to be able to help.

In addition, addiction is a complex disorder that has more than just a physical element. And a vaccine wouldn't treat all aspects of it, such as craving and any psychological factors that might have driven someone to use in the first place. "I think that the vaccines aren’t going to take away craving issues,” Kim Janda, a chemist at The Scripps Research Institute, told drugabuse.com. “They’re just going to enforce the inability to receive any benefits from taking the drug.” Janda supposes a drug vaccine would be useful to prevent relapse after a person is treated for addiction, but not for getting someone to quit in the first place.

So, the new bath salts addiction vaccine has made important first steps on the long, treacherous road towards becoming an FDA-approved treatment. But it remains to be seen whether this new vaccine will be any different from other that have stumbled along the way.

“The vaccines seem very promising, and they’re novel, providing a different mechanism to prevent substance abuse,” Kelly E. Dunn, a researcher focused on opioid use disorders at Johns Hopkins University School of Medicine, told Chemical and Engineering News. “But there is still a lot of work to do.”