Bluetooth Smart Pill Pairs With Your Phone From Inside Your Stomach

It can release drugs and even monitor body temperature. 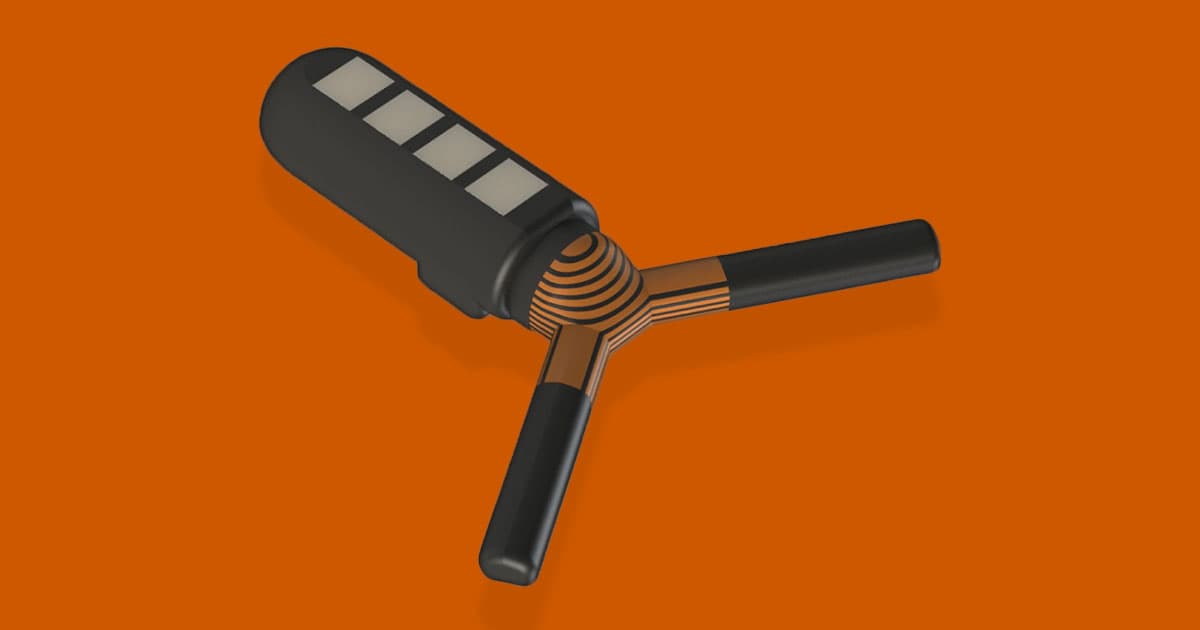 Image by Massachusetts Institute of Technology

A tiny piece of 3D-printed tech could foreshadow the future of medicine.

A team from MIT, Draper, and Brigham and Women’s Hospital has created a 3D-printed smart pill that can release medications in the stomach and monitor temperature for up to a month at a time — and they believe they've only scratched the surface of its capabilities.

The team describes its smart pill in a paper published Thursday in the journal Advanced Materials Technologies.

Once swallowed, the pill's outer capsule dissolves, revealing a tiny device that unfolds into a Y-like shape. This shape allows the device to lodge in the stomach, where it can remain for up to a month before breaking apart and leaving the body through the digestive tract.

A small silver oxide battery currently powers the pill, but the researchers are exploring other power sources — including the user's own stomach acid.

One arm of the Y contains four small compartments capable of holding drugs, the release of which can occur over the course of several days. Eventually, the researchers think they might be able to design the device to release drugs via smartphone command.

The smart pill also contains a sensor that can monitor body temperature and relay the information via Bluetooth to a smartphone. In past work, the team has created similar smart pill sensors capable of monitoring other vital signs, including respiration and heart rate.

Users don't have to worry about anyone intercepting this information or attempting to control the smart pill, though — as an added security feature, it can only communicate with a device that's within arm's length.

Pill for the People

The researchers believe such a smart pill could prove particularly useful for people at a high risk for infection. Someone receiving chemotherapy or taking immunosuppressive drugs could swallow the pill, and it could release antibiotics at the first sign of an infection.

So far, the team has only tested the pill on pigs, but they believe they could start testing it in human patients within about two years. Eventually, the tiny device could help people all across the globe stay healthy — from the inside out.

More on smart pills: Get Ready for Pills Programmed to Respond to Your Cells’ Individual Needs

Image by Massachusetts Institute of Technology

11.15.18
Scientists Invent an Eye Patch Covered in Drug-Delivering Needles
3.14.18
Newly Developed Microneedles Can Dissolve in the Skin to Deliver Drugs
12.20.17
Can "RoboSperm" Really Be Used to Fight Cervical Cancer?
11.28.17
New Drug Delivery Device Treats Glaucoma from Within the Eye
9.06.17
Drug-Delivering Micromotors Treat Their First Bacterial Infection in the Stomach