The arm can help users regain a lost sense of embodiment. 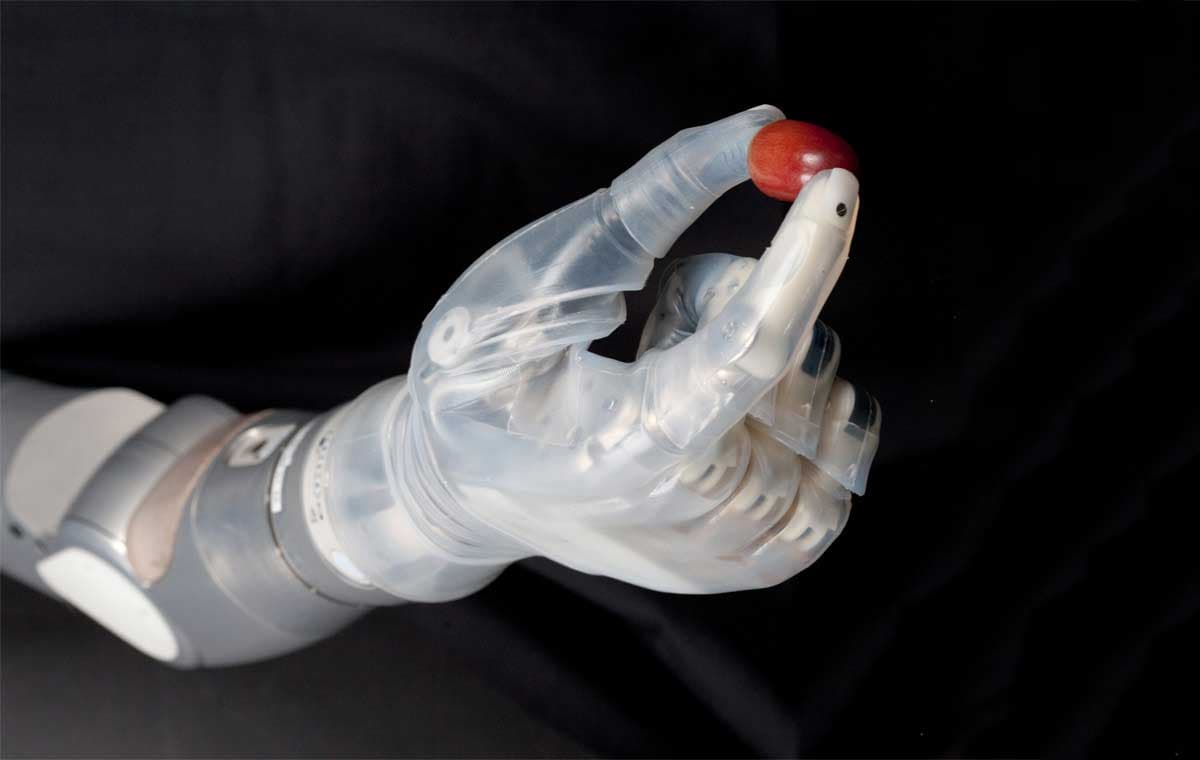 Once More With Feeling

Researchers from the University of Utah have developed a mind-controlled robotic hand that can simulate 100 unique touch sensations in the user's brain. The developers used a Defense Advanced Research Projects Agency (DARPA) funded arm affectionately referred to as the LUKE, so named after Luke Skywalker's prosthetic arm from the Star Wars films.

The updates developed by the Utah group involve implanting a device into the patient's residual nerves, along with electrodes implanted in muscles to create a loop of information that is transferred into signals that the brain recognizes as sensations of touch.

According to one of the developers on the project, Jacob George, “People often think of touch as a single sense, but it’s actually sub-divided into other senses, such as pressure, vibration, temperature, pain, etc. The high resolution of our device allows us to activate these sub-classes of touch in isolation (i.e., pressure without vibration or pain) in a specific part of the hand.” This allows for users to regain a sense of embodiment that they may have lost.

Speaking about a former participant using the system with a computer-generated prosthetic, George said, “It’s not that he felt the sensation on his missing hand; it’s that he felt the door and it’s suddenly him interacting with the environment around him in the first time in 24 years.”

Prosthetics and the Bionic Future

The process for preparing the arm for use is arduous at the moment. The team has to map each of the 192 electrodes with each participant's nervous system so each sensation corresponds with a real stimulus. That is, if pressure is applied to a specific area, like the tip of the thumb, the participant feels that pressure in the thumb of the prosthetic, instead of another area. Once this is completed, the user would be able to control the hand as if it were their own.

The Utah team has tested their new interface with seven participants so far. They are emboldened by the results thus far but are keen on creating a wireless version of the technology within the next year. Functionality is also expected to improve as patients have the opportunity to practice with the interface.

Human augmentation is rapidly innovating to bring functionality back to disabled. Of course, these innovations are not occurring only in the form of enhanced arm prosthetics.

Mind-controlled prosthetic legs are also being developed to allow people who have lost their lower limbs to live lives more like they did prior to their ordeal. For example, a 31-year-old amputee was able to climb the 103-story Willis Tower with the help of a bionic limb equipped with Targeted Muscle Reinnervation (TMR) technology.

Other technologies are helping people regain non-motor functions like vision. Filmmaker Rob Spence replaced his damaged eye with a custom designed camera, making him one of the world's first cyborgs, or "Eyeborg," as he calls himself.

Further innovation in the way our brains interact with machines will continue to allow these kind of augmentations to bring greater functionality back to those who have lost some. Even more, the ability to fine-tune this interaction will also lead to a world where even regular humans are able to enhance their abilities with augmentation.

Read This Next
Whiff
Neuralink's Demo Didn't Impress Experts
Brands We Love
These Advanced Brain Training Courses Will Improve Your Life By Improving Your Mind
New Airpods
Stanford Scientist Says In-Ear Gadgets Will Monitor Our Brains
Futurism
We’ve Reached A New Level In Bionics: Artificial Limbs We Forget Are Artificial
Futurism
"Prosthetic Memory Systems," Delivered Via Electrode, Could Be Dope, If You're Willing To Wait A While
More on Enhanced Humans
Brain Transparency
Feb 3 on futurism
Duke Professor Welcomes the "Promising" Future of Employers Reading Your Brain
Brain-Computer Im...
Jan 3 on the byte
Neuralink Cofounder Says New Company's Eye Implant Could Be "Ultimate" VR Tech
Eyes Have It
12. 30. 22 on futurism
Meet the Neuralink Cofounder Who Left and Started a Competitor That's Now Rapidly Catching Up
READ MORE STORIES ABOUT / Enhanced Humans
Keep up.
Subscribe to our daily newsletter to keep in touch with the subjects shaping our future.
+Social+Newsletter
TopicsAbout UsContact Us
Copyright ©, Camden Media Inc All Rights Reserved. See our User Agreement, Privacy Policy and Data Use Policy. The material on this site may not be reproduced, distributed, transmitted, cached or otherwise used, except with prior written permission of Futurism. Articles may contain affiliate links which enable us to share in the revenue of any purchases made.
Fonts by Typekit and Monotype.