"The ear is like a biological equivalent of a USB port." 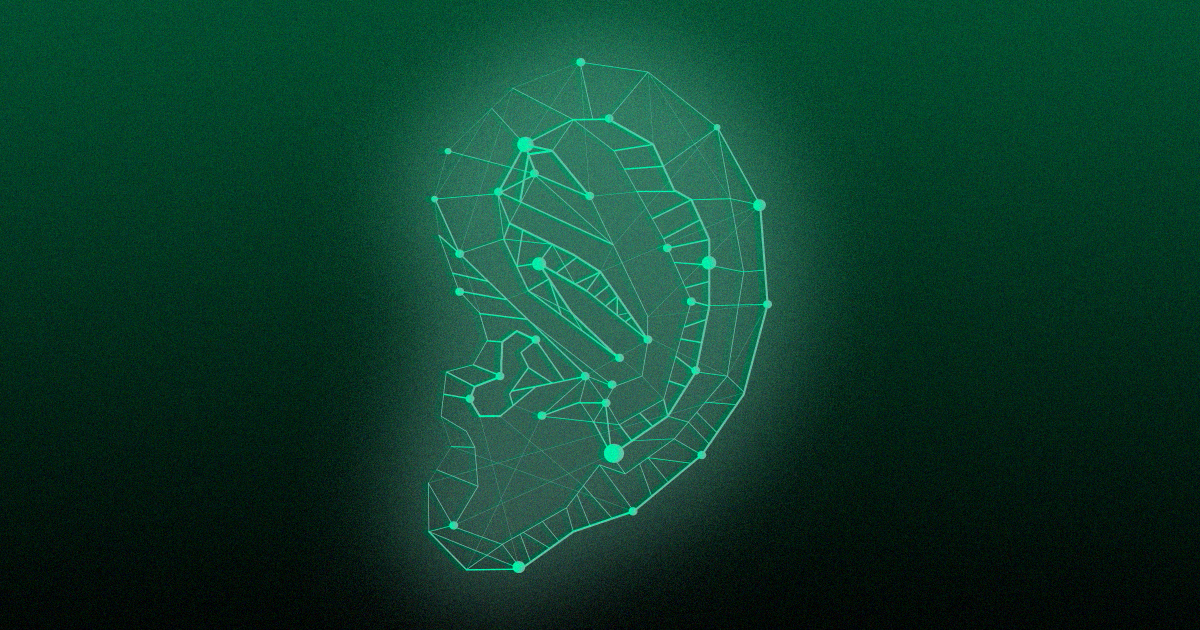 Personal gadgets known as "hearables," which communicate with the neural signals passing through our ears in order to monitor and interact with our brains, are on their way.

Hearables could help us focus on specific conversations, like smart hearing aids, or monitor our brain activity to treat tinnitus. That's according to Poppy Crum, the Stanford University neuroscientist and chief scientist at Dolby Laboratories who coined the term, who recently wrote about the concept in IEEE Spectrum.

The emerging tech stands to blur the lines between artificial and biological intelligence, Crum argues — augmenting our thought processes and collaborating with our brains.

Other wearables, like Google Glass, were ridiculed for being dorky and potentially creepy. But a hearable could help people isolate specific conversations or monitor neural health without constantly being the topic of conversation by curious passers-by.

And the ear is the logical choice for such a connection to the brain, argues Crum.

"The ear is like a biological equivalent of a USB port," writes Crum. "It is unparalleled not only as a point for 'writing' to the brain, as happens when our earbuds transmit the sounds of our favorite music, but also for 'reading' from the brain."

Based on the progress of various teams around the world, Crum argues that the technology for these wearable brain-computer interfaces could be developed within five years.

"When we do, hearables will constantly and silently assess and anticipate our needs and state of mind while helping us cope with the world around us," Crum writes. "They will be our true life partners."

READ MORE: Hearables Will Monitor Your Brain and Body to Augment Your Life [IEEE Spectrum]

Read This Next
Whiff
Neuralink's Demo Didn't Impress Experts
Brands We Love
These Advanced Brain Training Courses Will Improve Your Life By Improving Your Mind
Cool Specs
For a Thousand Bucks, You Can Get the First Non-Dorky Smart Glasses
Futurism
The Pentagon Tells Soldiers To Stop Sharing Their Locations With Apps
Futurism
We’ve Reached A New Level In Bionics: Artificial Limbs We Forget Are Artificial
More on Enhanced Humans
Brain-Computer Im...
Jan 3 on the byte
Neuralink Cofounder Says New Company's Eye Implant Could Be "Ultimate" VR Tech
Eyes Have It
12. 30. 22 on futurism
Meet the Neuralink Cofounder Who Left and Started a Competitor That's Now Rapidly Catching Up
Butcher Shop
12. 6. 22 on futurism
Neuralink Employees Admit Company Has Killed 1,500 Animals So Far
READ MORE STORIES ABOUT / Enhanced Humans
Keep up.
Subscribe to our daily newsletter to keep in touch with the subjects shaping our future.
+Social+Newsletter
TopicsAbout UsContact Us
Copyright ©, Camden Media Inc All Rights Reserved. See our User Agreement, Privacy Policy and Data Use Policy. The material on this site may not be reproduced, distributed, transmitted, cached or otherwise used, except with prior written permission of Futurism. Articles may contain affiliate links which enable us to share in the revenue of any purchases made.
Fonts by Typekit and Monotype.