Smart Glasses Can Convert Text Into Sound for the Visually Impaired

The glasses can help those with dyslexia or poor eyesight. 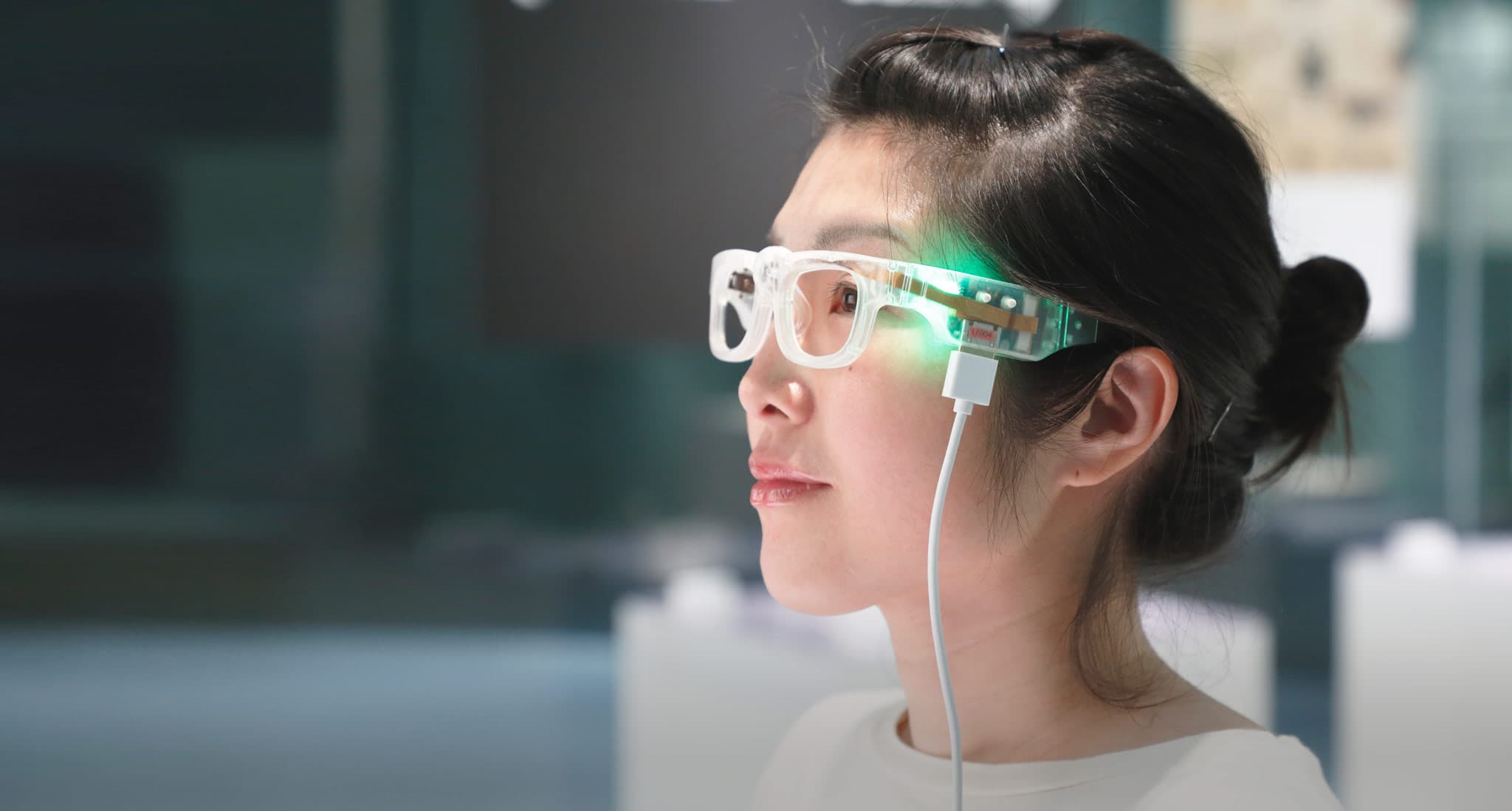 A Japanese company is in the midst of developing a pair of smart glasses that can help those with visual impairments or comprehension problems to read written text more easily. Called the Oton Glass, the spectacles are meant to translate text into audio using two cameras and an earpiece, both fitted to its frame.

Half of the lens is a mirror that reflects the wearer's eyes back to the first camera, which tracks eye movement. That camera can detect blinking, while the other captures text. Wearers use the glasses by staring at text they can't read and blinking to trigger the glasses.

Using Raspberry Pi as the glasses' computer, the captured words are send to a Raspberry Pi cloud system, which processes the text and converts it into audio played through the earpiece. If the computer system is unable to identify and convert words, the images are sent to a remote worker who can decipher them.

The Verge notes that the Oton Glass is a lot like Google Translate, except that the latter requires users to pull out their phone and swipe over text. By comparison, Oton Glass is much easier to use. Its creators hope to help those with sensory impairments, much like the Peri eyeglass accessory that converts sound into lights for those hard of hearing.

The Oton Glass lead designer, Keisuke Shimakage, started working on the glasses in 2012 to aid his father, who had recently developed dyslexia. While his father eventually recovered, Shimakage continued development in order to help others with the disorder.

Currently, the Oton Glass is seeking funding on Campfire, Japan's version of Kickstarter. Backers can get a pair of the glasses for 5,000 yen (roughly $47).

Smart glasses aren't a new concept, but it's difficult to point to any single pair of smart glasses that people have reviewed favorably. It could, perhaps, be that previous products tried to do too much, or were too expensive; hence why Intel's Vaunt smart glasses stripped out some features, like its camera, LCD screen, and speakers. In contrast, the Oton Glass is for a very specific audience, and its relatively low price could make more appealing to those who want an affordable way to understand the text around them.

Read This Next
Cool Specs
For a Thousand Bucks, You Can Get the First Non-Dorky Smart Glasses
More on Enhanced Humans
Brain-Computer Im...
Jan 3 on the byte
Neuralink Cofounder Says New Company's Eye Implant Could Be "Ultimate" VR Tech
Eyes Have It
12. 30. 22 on futurism
Meet the Neuralink Cofounder Who Left and Started a Competitor That's Now Rapidly Catching Up
Butcher Shop
12. 6. 22 on futurism
Neuralink Employees Admit Company Has Killed 1,500 Animals So Far
READ MORE STORIES ABOUT / Enhanced Humans
Keep up.
Subscribe to our daily newsletter to keep in touch with the subjects shaping our future.
+Social+Newsletter
TopicsAbout UsContact Us
Copyright ©, Camden Media Inc All Rights Reserved. See our User Agreement, Privacy Policy and Data Use Policy. The material on this site may not be reproduced, distributed, transmitted, cached or otherwise used, except with prior written permission of Futurism. Articles may contain affiliate links which enable us to share in the revenue of any purchases made.
Fonts by Typekit and Monotype.