The lights indicate the direction of the loudest sound. 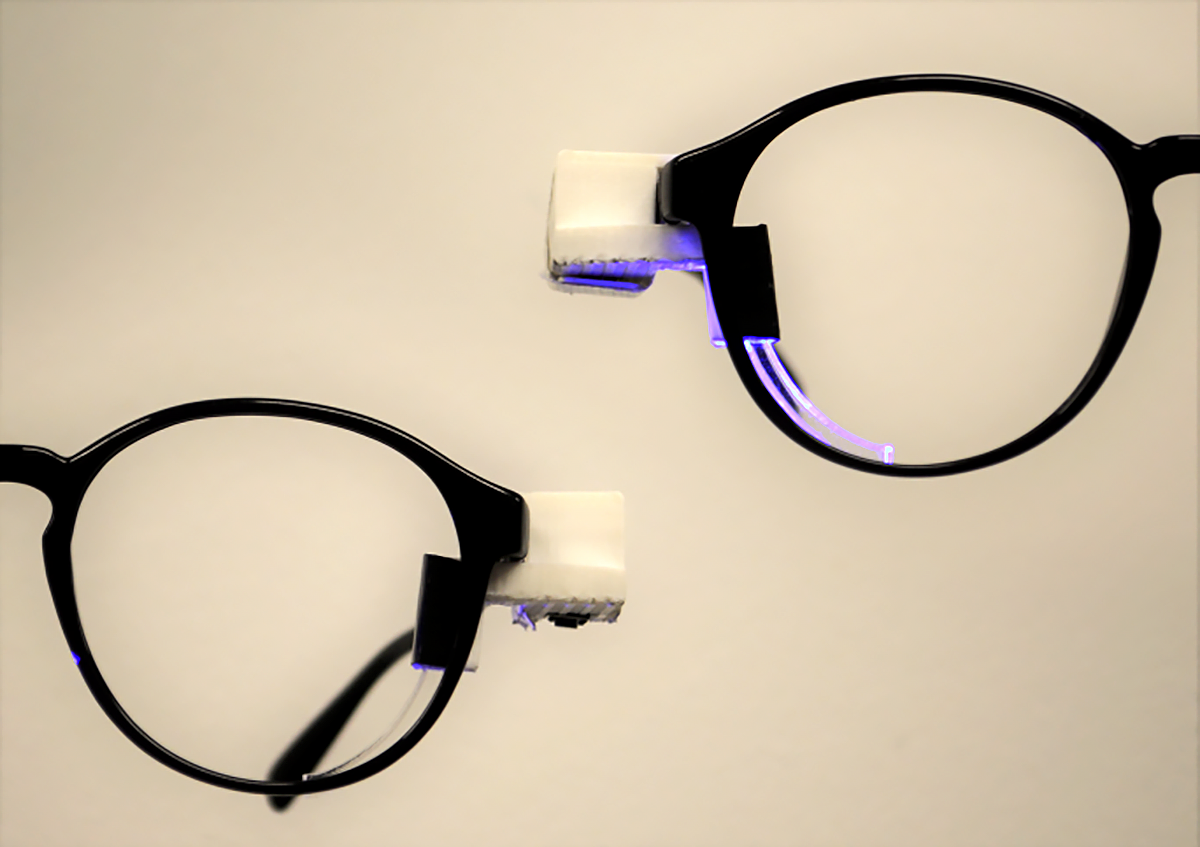 Peri is an accessory that clips onto eyeglasses and translates nearby sounds into flashing lights — perfect for those with hearing problems, who sometimes miss out on what's being said to them, or on noises that could alert them to events occurring nearby.

The design takes some inspiration from video games, which alert the player to nearby threats via a red glow. In games, however, they typically only appear when someone takes damage, while Peri could help the wearer avoid harm.

Pavithren Pakianathan, lead designer of the team from the Singapore University of Technology and Design (SUTD), told Mashable it took about four months to complete the current prototype, which utilizes four microphones and LED lights. Peri's circuits create a specific lighting pattern according to the loudest sound detected, and indicate the direction of the sound. The project was so impressive it won the James Dyson engineering award.

Pakianathan and his team aim to improve the accessory's design while maintaining the low cost to users. Future iterations may be able to better separate sounds in busy areas, and could include light sensors capable of adjusting the brightness of the LED lights.

According to the World Health Organization, nearly 5 percent of the world's population (360 millions people) suffer from hearing loss, with 32 million being children. If Peri, or a similar idea, gets proper funding, development, and becomes mainstream, it could improve the lives of those with hearing problems, and provide some additional color to their quieter world.

Read This Next
Sounds Controversial
Five Couples Agree to CRISPR Their Babies to Avoid Deafness
Futurism
Apple and Cochlear Have Teamed Up to Create iPhone Compatible Hearing Implants
More on Enhanced Humans
Brain Transparency
Feb 3 on futurism
Duke Professor Welcomes the "Promising" Future of Employers Reading Your Brain
Brain-Computer Im...
Jan 3 on the byte
Neuralink Cofounder Says New Company's Eye Implant Could Be "Ultimate" VR Tech
Eyes Have It
12. 30. 22 on futurism
Meet the Neuralink Cofounder Who Left and Started a Competitor That's Now Rapidly Catching Up
READ MORE STORIES ABOUT / Enhanced Humans
Keep up.
Subscribe to our daily newsletter to keep in touch with the subjects shaping our future.
+Social+Newsletter
TopicsAbout UsContact Us
Copyright ©, Camden Media Inc All Rights Reserved. See our User Agreement, Privacy Policy and Data Use Policy. The material on this site may not be reproduced, distributed, transmitted, cached or otherwise used, except with prior written permission of Futurism. Articles may contain affiliate links which enable us to share in the revenue of any purchases made.
Fonts by Typekit and Monotype.