That "Research" About How Smartphones Are Causing Deformed Human Bodies Is SEO Spam, You Idiots

Paid for by the erudite minds at TollFreeForwarding.com. 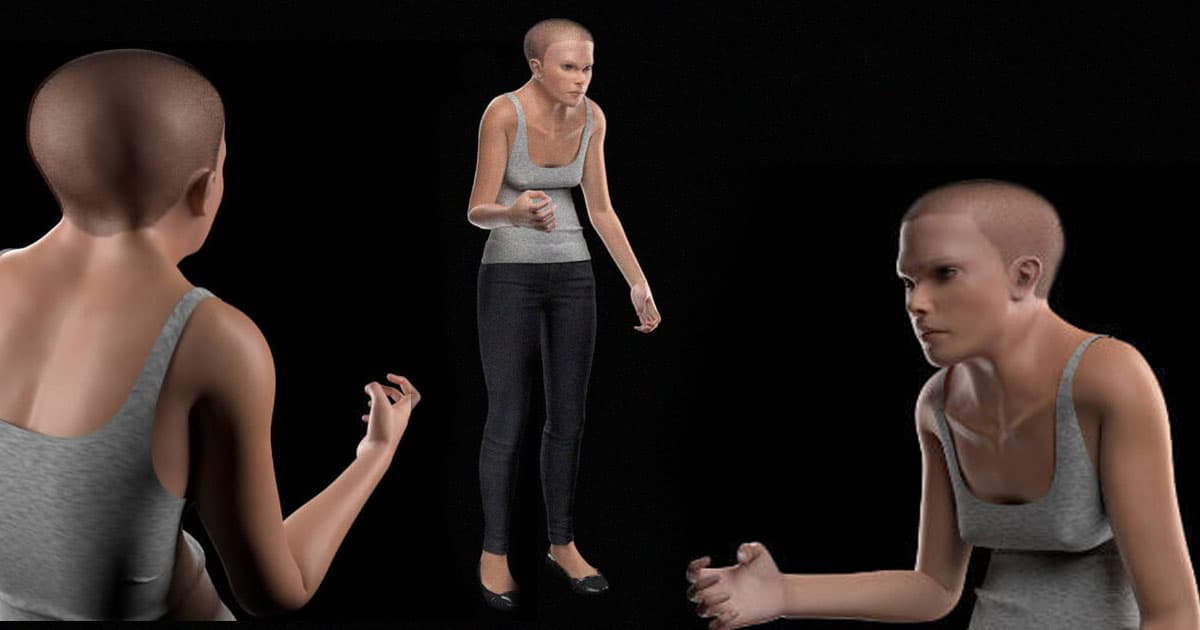 You know that "research" going around saying humans are going to evolve to have hunchbacks and claws because of the way we use our smartphones? Though our posture could certainly use some work, you'll be glad to know that it's just lazy spam intended to juice search engine results.

Let's back up. Today the Daily Mail published a viral story about "how humans may look in the year 3000." Among its predictions: hunched backs, clawed hands, a second eyelid, a thicker skull and a smaller brain.

Sure, that's fascinating! The only problem? The Mail's only source is a post published a year ago by the renowned scientists at... uh... TollFreeForwarding.com, a site that sells, as its name suggests, virtual phone numbers.

If the idea that phone salespeople are purporting to be making predictions about human evolution didn't tip you off, this "research" doesn't seem very scientific at all. Instead, it more closely resembles what it actually is — a blog post written by some poor grunt, intended to get backlinks from sites like the Mail that'll juice TollFreeForwarding's position in search engine results.

To get those delicious backlinks, the top minds at TollFreeForwarding leveraged renders of a "future human" by a 3D model artist. The result of these efforts is "Mindy," a creepy-looking hunchback in black skinny jeans (which is how you can tell she's from a different era).

"To fully realize the impact everyday tech has on us, we sourced scientific research and expert opinion on the subject," the TollFreeForwarding post reads, "before working with a 3D designer to create a future human whose body has physically changed due to consistent use of smartphones, laptops, and other tech."

Its sources, though, are dubious. Its authority on spinal development, for instance, is a "health and wellness expert" at a site that sells massage lotion. His highest academic achievement? A business degree.

We could go on and on about TollFreeForwarding's dismal sourcing — some of which looks suspiciously like even more SEO spam for entirely different clients — but you get the idea.

It's probably not surprising that the this gambit for clicks took off among dingbats on Twitter. What is somewhat disappointing is that it ended up on StudyFinds, a generally reliable blog about academic research. This time, though, for inscrutable reasons it treated this egregious SEO spam as a legitimate scientific study.

The site's readers, though, were quick to call it out, leading to a comically enormous editor's note appended to the story.

"Our content is intended to stir debate and conversation, and we always encourage our readers to discuss why or why not they agree with the findings," it reads in part. "If you heavily disagree with a report — please debunk to your delight in the comments below."

You heard them! Get debunking, people.

More conspiracy theories: If You Think Joe Rogan Is Credible, This Bizarre Clip of Him Yelling at a Scientist Will Probably Change Your Mind

7.22.21
Build Strength Where You Most Need It With The BodyGuide App
6.11.21
Get Ready For The Future With The Modern Fertility Hormone Test
10.09.20 Studies
Humans Are Evolving a New Artery
8.18.20 Devices
Oh Great, Now Your Smartphone Can Tell If You're Drunk
2.06.20 Developments
The Coronavirus Started in Animals. That Makes it More Dangerous.