Get your stinking germs off me, you damn dirty tourists! 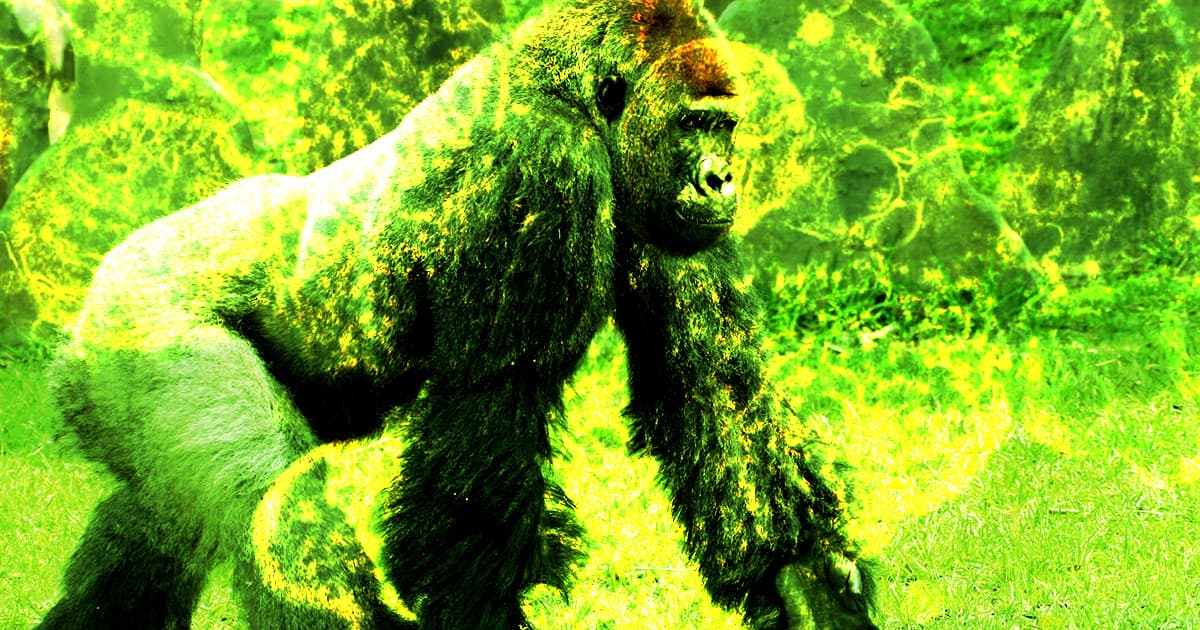 An endangered gorilla species is being killed off by a new, particularly careless predator:

Eco-tourism is proving to be a double-edged sword for the Ugandan Mountain gorilla population, according to research published Thursday in the journal Frontiers in Public Health. While tourists paying to see the endangered gorillas helps fund their continued protection, gorillas have started to die of diseases spread by those same visitors.

The Ugandan Wildlife Authority limits contact between tourists and gorillas in order to protect the endangered animals. A group of gorillas isn't supposed to see more than one tourist group — capped at eight people — per day, and they're only supposed to see them for one hour. On top of that, tourists are required to stay at least seven meters away from them at all times.

But 98 percent of the tour groups documented in the study — a joint effort of Ohio University and Ugandan researchers — ignored the seven-meter rule. As a result, gorillas are catching human diseases.

Those diseases, typically respiratory illnesses spread via a cough or sneeze from a tourist who got too close, are linked to 20 percent of sudden deaths within the protected Mountain gorilla population, according to the study.

"This points to a growing pattern of risk that is a cause of concern to sustaining long term gorilla-viewing tourism," study co-author Gladys Kalema-Zikusoka, CEO of the Ugandan non-profit Conservation Through Public Health, said in a press release. "Action is needed to limit disease risks caused by tourists viewing mountain gorillas."

12.21.22 Neuroscience/Brain Science
Scientists Have an Extremely Grim Theory About Stranded Dolphins
4.19.22 Developments
FDA Investigating Wave of People Who Got Sick After Eating Lucky Charms
4.15.22 Organic Chemistry
Man Gets Such Horrible Diarrhea That It Ends Up in the New York Times
4.15.22 Developments
Doctors Alarmed by Strange Disease in Children
7.03.21 Developments
CDC Warns of Outbreak of Deadly Bacteria