Here's How Biden Could Save the Coronavirus Vaccine Rollout

Biden could save the vaccine rollout — or accidentally make it far worse. 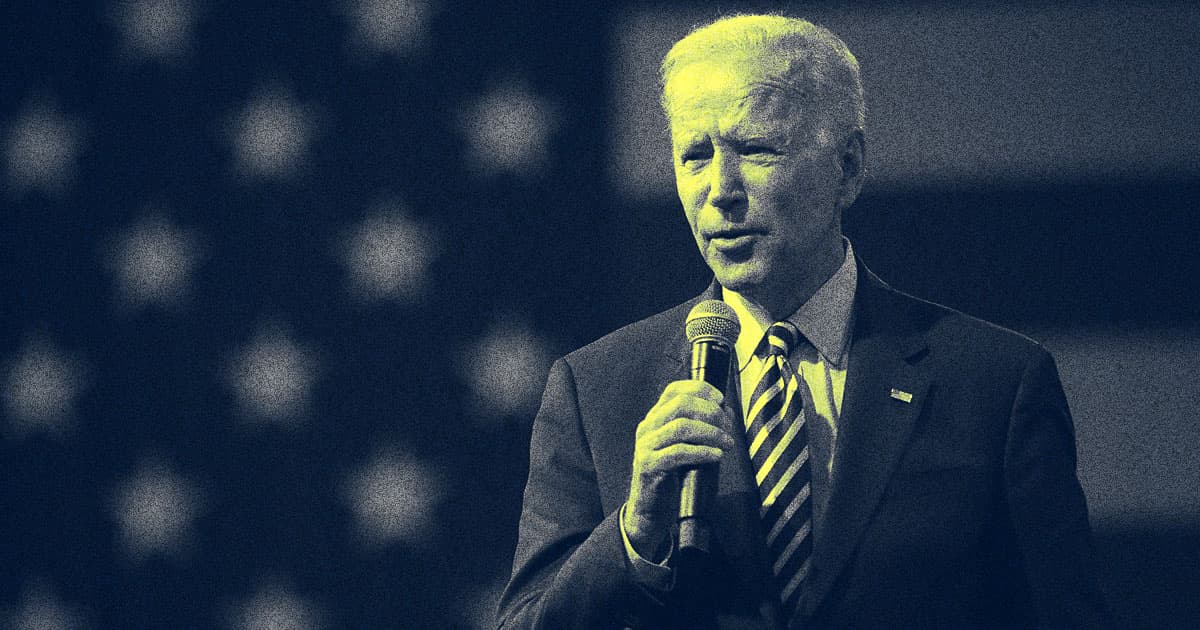 It goes without saying that the coronavirus vaccine rollout in the United States has gone, well, imperfectly.

Despite its ambitious goals, the Trump administration failed to communicate — and perhaps even fully develop — a COVID-19 vaccination plan until the first shots were already being shipped out. And then, when it came time to distribute vaccines, the federal government left it up to individual states and even healthcare networks to figure out how they wanted to divvy up and allocate vaccines — a move that experts told Futurism has caused mass confusion.

"We really had a struggle with the initial rollout," Dr. Georges Benjamin, the executive director of the American Public Health Association, told Futurism. "In many ways, that's not unanticipated. But I think we could have done a lot of better planning that would have made it go a lot smoother."

But now, with President-elect Joe Biden taking office tomorrow, there's a tremendous opportunity to get the COVID-19 inoculation campaign on track — and perhaps even make medical history with an efficient, successful distribution of the life-saving shots.

Biden seems to understand those stakes, saying last week that "the vaccine rollout in the United States has been a dismal failure thus far" and pledging to vaccinate 100 million Americans within 100 days of taking office.

Biden: "The vaccine rollout in the United States has been a dismal failure thus far." pic.twitter.com/5jqS3LULqX

That commitment is an important first step, but actually reaching those numbers will be an immense challenge. To figure out how he can reach his goals, Futurism asked numerous public health experts how the Biden administration will be able to turn the vaccination campaign around. Here are the steps they outlined.

It's going to be extremely hard to fix the vaccine supply chain, from its origins at pharmaceutical companies to its endpoint in the arms of Americans, without nailing down out where problems are originating, Dr. Bruce Y. Lee, a health policy and management expert at the City University of New York, told Futurism. He argues that there are likely several bottlenecks throughout the process — but that there's no indication anyone in the Trump administration is actually taking stock or assuming responsibility for those issues.

Without fixing that mistake right away, Lee said, Biden might accidentally take the country in the wrong direction.

"Where are the vaccines actually getting held up?" Lee said. "What places don’t have enough capacity or resources? You can't solve a problem if you don’t know where the problems are."

"Even before you make any decisions, you should do that," Lee added. "If you don't understand the problem, you could make things worse."

This step is crucial for actually clearing up the public's confusion about how, where, and when they can get vaccinated against the coronavirus and restoring their trust in health institutions.

"We need public education through a national PSA campaign so that people are making informed decisions to get the vaccine," William Feehery, CEO of the drug development and medical consulting company Certara, told Futurism.

A key part of that will involve everyone at federal, state, and local institutions working to solve problems at their respective levels, Lee argues, rather than continuing the incessant buck-passing that we've seen so far.

"One no-brainer is we hardly heard about the vaccine distribution plan before the rollout," Lee told Futurism.

"Everyone along the supply chain needs to be very clear of what's happening and take really clear ownership if there's a problem," he added. "We've seen, over the last months, a lot of finger-pointing. The bottom line is if you look at the data, the problem is all along the supply chain. So rather than finger-pointing, everyone needs to look at their own station and really identify what's going on."

Public education will also be a crucial part of this step, argued Benjamin, adding that that's one of the most important parts of the process that the Trump administration messed up.

One of the biggest problems with the vaccine rollout, as it exists today, is that it's deeply fractured.

The Trump administration's approach has been to let individual states quickly come up with their own distribution plans instead of standardizing the process. This has caused chaos and confusion, Lee argues, as the rules, protocols, and prioritization of one state may differ from its neighbors.

Instead, there must be aggressive and comprehensive coordination, at the national level, that covers the entire supply chain.

"This isn't something you just push out to the states and let them handle it," Lee said. "We're seeing these changes in prioritization, and they may vary by state. We can't have that — that can cause chaos. That needs to be coordinated and clear at a national level."

Increased coordination, Benjamin argues, would also help individual states, communities, and even hospitals take care of high-risk demographics. For instance, it would be a lot easier to take care of healthcare workers if the government coordinated among multiple networks to shuffle healthcare workers between hospitals and clinics to prevent staffing shortages while the workers at other facilities are being vaccinated.

And finally, Lee and Benjamin argued, this federal plan must entail meeting at-risk groups where they are — reaching out to them and offering vaccinations in a way that works around their schedules — rather than expecting them to show up to the nearest major hospital in an orderly fashion.

"Joe Biden's administration needs to prioritize a blueprint: A clear set of standard operating procedures, training, and tools for rolling-out vaccines to the highest-risk individuals and get the first shot to as many people as possible," Feehery told Futurism.

Throughout the pandemic, President Trump threatened to invoke but almost never actually used the Defense Production Act, a Korean War-era law that allows the federal government to mobilize the entire U.S. economy and infrastructure for wartime efforts.

President-elect Biden, Benjamin and Lee both argued, shouldn't be so hesitant. That would allow the government to rapidly increase the supply of the vaccines themselves, accessories like alcohol swabs, syringes, and medical-grade glass, and fix whatever other bottlenecks the government identifies.

Lee warned about these supply chain issues in Stat News last month, and now with the benefit of hindsight he says that the U.S. vaccine rollout missed the mark and made easily-avoidable errors.

This is certainly the most controversial recommendation on the list: Benjamin and Feehery argue that the Biden administration should stop stockpiling vaccines in reserve for patients' second doses so that more people can be inoculated off the bat.

But this step comes with some conditions. We'd have to ensure that releasing the vaccine reserves wouldn't prevent anyone from getting the second injection necessary for a complete inoculation, as that would be disastrous from a public health and immunological standpoint. But Benjamin argues there's plenty of wiggle room to dole out more shots, especially if Biden and his team secure the supply chain in advance.

"I'm absolutely not suggesting [delaying the second shot]," Benjamin told Futurism. "If you have a reliable supply line, you can comfortably release the vaccine you have in reserve because you know more is coming."

Lee, however, was concerned that releasing more vaccines would just result in more going to waste. As The Verge previously reported, the government has distributed millions and millions more vaccines to clinics than those clinics have actually injected into patients. Throwing more their way, then, might result in a bigger bottleneck and a lot of waste. In Lee's perspective, the only way that releasing more vaccines would make sense is if there was clear data saying that they would actually be put to good use.

"There was the talk of releasing all the doses that are being held for second doses," Lee said. "That could be like there's a leak in your plumbing, you don't know where it is, and your solution is to pump more water through the system. Maybe that will get more water running through your faucet, but maybe that will make the leak worse too."

However, this may be a moot point — the reserve of vaccinations that Trump recently promised to release might not even exist.

Still, the controversy over how many vaccines to distribute and how they should be distributed perfectly illustrates the thorny situation in which Biden will find himself on day one: tasked with solving and finally ending the greatest health crisis of a generation while even prominent experts in the field can't agree on how he should do it.