Doctors ignored the man's excruciating leg pain because he also happened to have a mental illness. 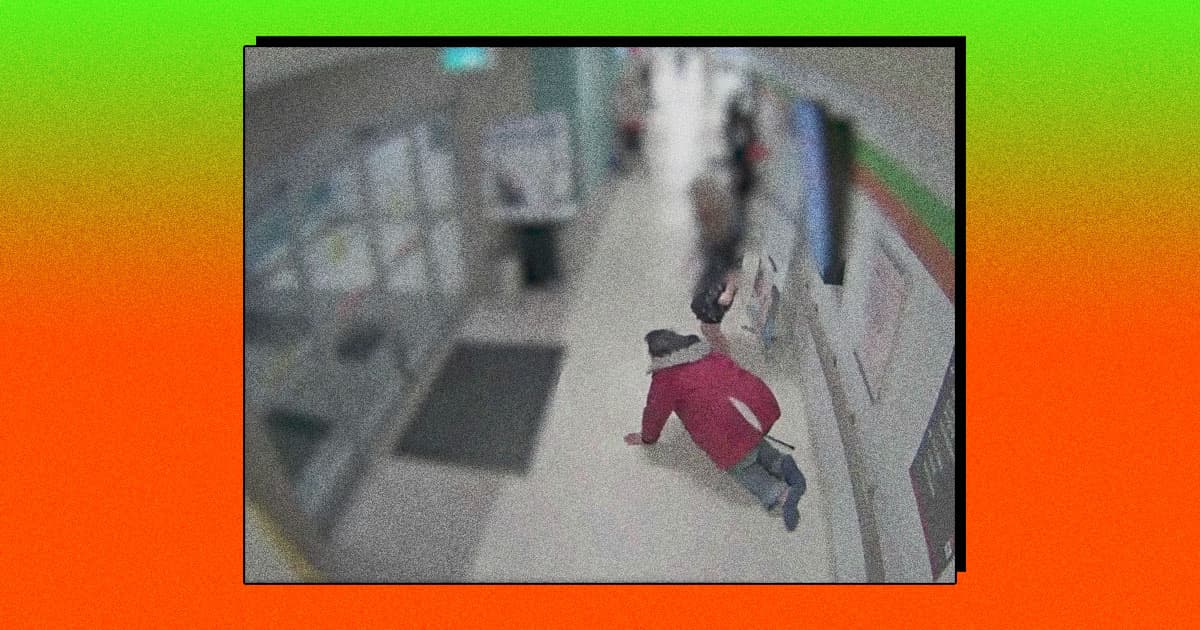 Newly-released of Toronto's Humber River Hospital shows a disturbing scene in which a man named David Pontone crawls out the exit on all fours after being denied care for excruciating leg pain.

Pontone went to the emergency room for his leg pain on April 18, 2018. As soon as he disclosed that he had bipolar affective disorder, he says that the medical staff immediately stopped taking him or his symptoms seriously, instead rushing him out the door under the impression that his pain was imaginary, CBC News reports. The horrifying ordeal, which resulted in a years-long legal battle, is a disturbing example of how medical professionals tend to overlook — and mistreat ­— patients with mental illnesses.

When an MRI didn't reveal any problems with his legs, the staff at Humber River Hospital immediately started to patronizingly nudge Pontone out the door, even after he collapsed in agony.

"The nurse kept saying, 'You're a big boy! You're strong! Come on, big boy, stand up!'" Pontone told CBC News. "I've always been a gentleman, but I was angry. I felt totally helpless."

Weeks later, Pontone was convinced that the ongoing pain was in his head, so he went to see a psychiatrist who quickly realized something was actually wrong with Pontone's legs. Soon after, a neurologist diagnosed Pontone with the rare autoimmune disorder Guillain-Barré Syndrome. That means that not only was Pontone disregarded and humiliated for seeking help, but that he had been right about his legs all along.

The problem of doctors disregarding the complaints of patients with mental illnesses is serious and widespread, CBC News reports. A 2019 Lancet Psychiatry Commission found, through a massive review of published studies, that people with serious mental illnesses have an average lifespan 25 years shorter than the general population, in no small part due to medical stigmas.

"The statistics are indeed shocking," Dr. Vicky Stergiopoulos, a psychiatrist and physician-in-chief at Toronto's Centre for Addiction and Mental Health, told CBC News. "And what is most shocking is that they're persisting despite us knowing about these issues for many years now."

"This is flawed and we need to do a better job at seeing people as human beings," Stergiopoulos added.