Watch him unload on his former boss here. 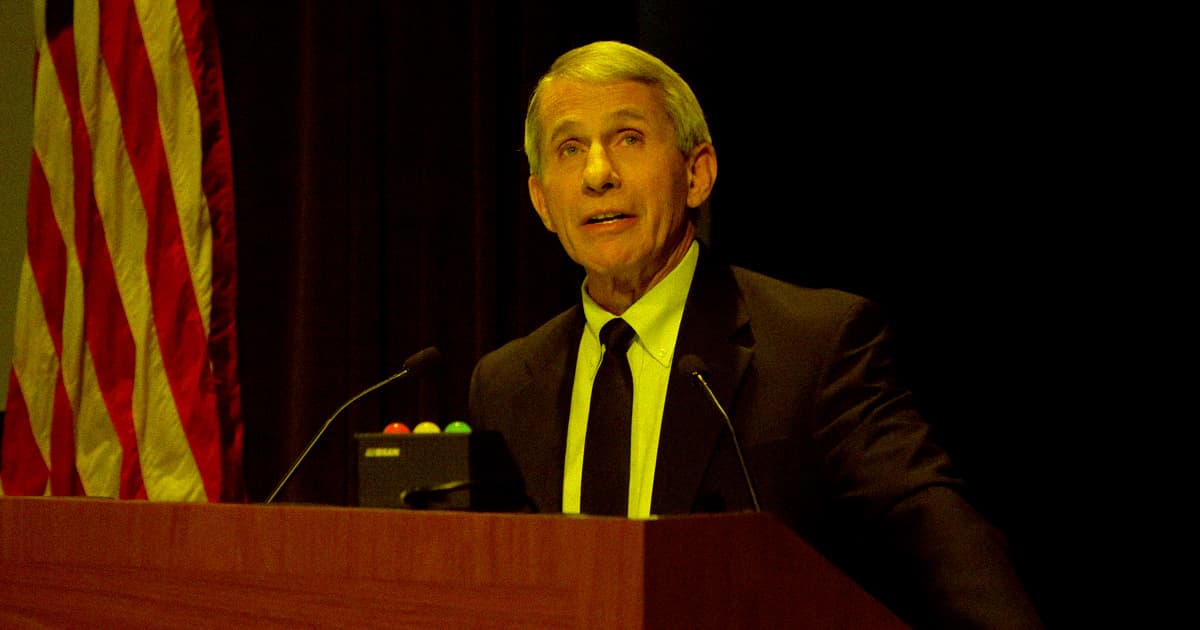 It was no secret that Dr. Anthony Fauci, the United States government's top infectious disease specialist, had a strained relationship with former president Donald Trump. Remember when Fauci physically cringed at one of Trump's digressions during a coronavirus briefing? Or when Trump told a rally of supporters that he might fire Fauci after the election?

But now Trump is out, replaced by Joe Biden. And that means Fauci is in a position many people dream about: being able to publicly shred their former boss at a televised press briefing.

Fauci performed the evisceration using polite words, but his meaning was unmistakable. The whole clip is worth watching, but perhaps the weightiest exchange is right at the begininng, when a reporter asked about how Fauci had "joked" earlier about the already-evident difference between the two administrations.

"You said I was joking about it; I was very serious about it," Fauci replied, to laughter. "I wasn't joking!"

Fauci says he feels liberated that he can get up and talk about science freely now Trump has gone pic.twitter.com/vzYUSK2eVb

That wasn't all that Fauci had to say.

“It was very clear that there were things that were said, be it regarding things like hydroxychloroquine and other things like that," he said. "That really was uncomfortable because they were not based on scientific fact."

He also took aim at the former administration's culture of retaliation and mendacity as they related to the pandemic.

"I can tell you I take no pleasure at all in being in a situation of contradicting the president, so it was really something that you didn’t feel that you could actually say something and there wouldn’t be any repercussions about it," he said. "The idea that you can get up here and talk about what you know... [and] let the science speak, it is somewhat of a liberating feeling."

He also praised the Biden administration for what he characterized as a tolerance for uncertainty and scientific reasoning — at least during its first 24 hours.

More on Dr. Fauci: Fauci Says That His Greatest Fear Is Anti-Vaxxers