A Robotic Implant Could Treat Congenital Disorders in Babies

The robot “tugs” at organs to spur cell growth. 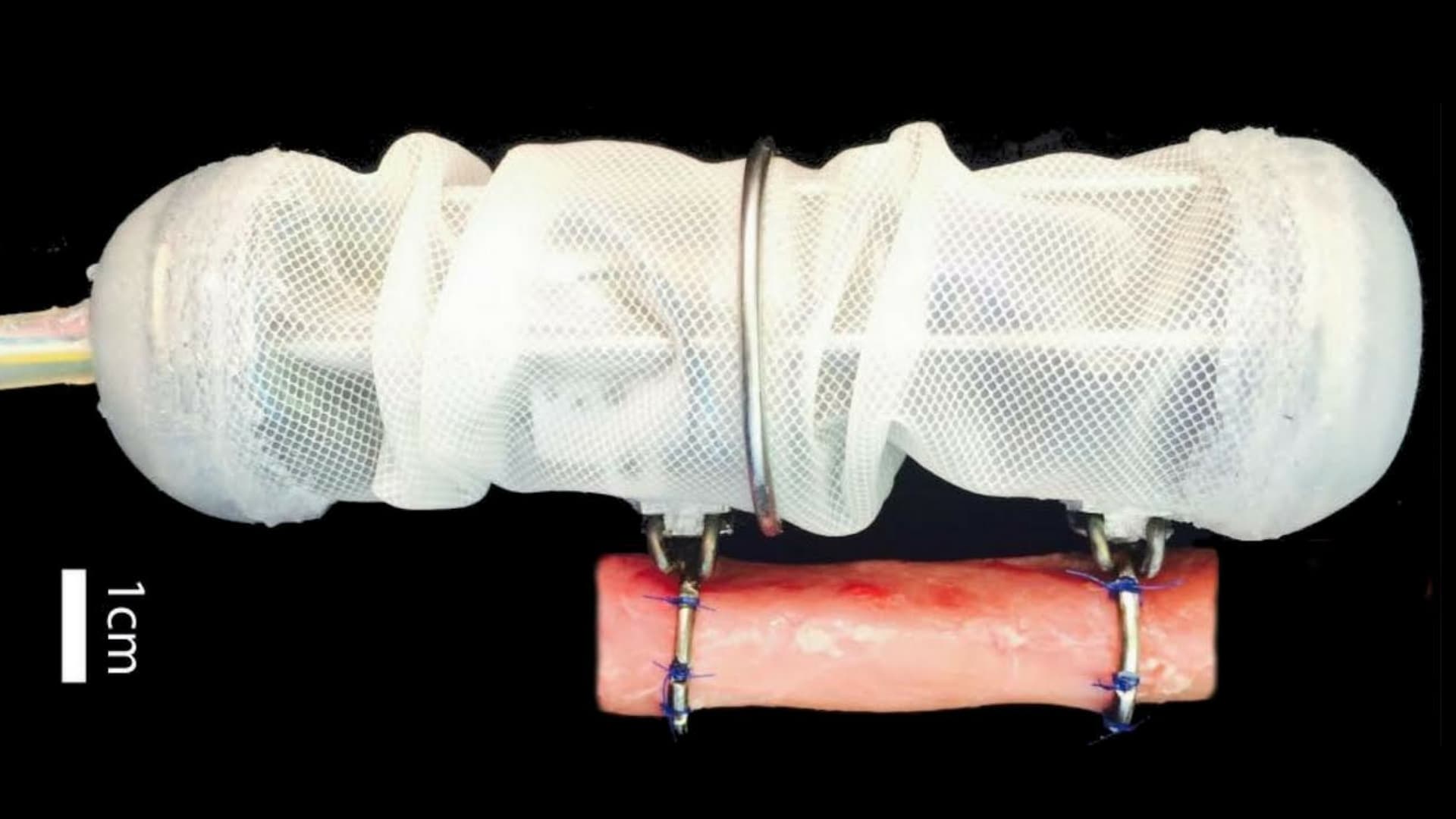 When implanted, a new robot is able to promote tissue growth by pulling and tugging at organs. It may sound alarming, but this new device could revolutionize the way doctors treat esophageal atresia, a congenital defect in which part of the esophagus is missing at birth. With future developments, the robotic implant could also promote growth in other organs.

Developed by scientists at Boston Children’s Hospital, this robot has so far only been tested in pigs, but the researchers hope to one day use this in regular medical practice.

In the study, which was published in the journal Science Robotics, the robot was implanted in live pigs and then slowly and gradually stretched tubular organs like the esophagus while the animals remained active. The pigs showed no discomfort and were even able to continue eating as the robot lengthened the esophagus by around 77 percent.

Additionally, cell multiplication was shown as a result of this technique. “This shows we didn’t simply stretch the esophagus — it lengthened through cell growth,” Pierre Dupont, the study’s senior investigator, said in a press release.

The use of this robot would be in place of existing treatment methods which require the patient to be put into a medically-induced coma for four weeks during which the esophagus has to be surgically and manually manipulated.

But it will take some time for the current treatment to become obsolete. There is still much research to be done before this robot is used as a medical tool with humans. Additionally, it has only been studied with the esophagus. However, the team has started to test this robot in a large animal model of short bowel syndrome, a condition in which a piece of the bowel is missing.

If this robot proves effective in more organs, its potential as a medical device will continue to rise. Hopefully, the implant will be shown to be safe for regular use in medical practices, allowing it to replace previous surgical methods that are costly, extremely painful, and — most detrimentally — fraught with risk. If this is the case, then this little robot is well positioned to improve and extend lives.

6.18.18
A Robot Just Operated On A Human Eye for the First Time
5.18.18
Robots Can Grow Humanoid Mini-Organs From Stem Cells Faster And Better Than People
4.18.18
Earlier Cancer Detection Could Be Just an Artificial Mole Away
1.28.18
Incredibly Mobile "Minimalist Robot" Could Be the Future of Non-Invasive Medicine
9.15.17
New In-Utero Treatment Could Prevent One of the World's Most Common Birth Defects