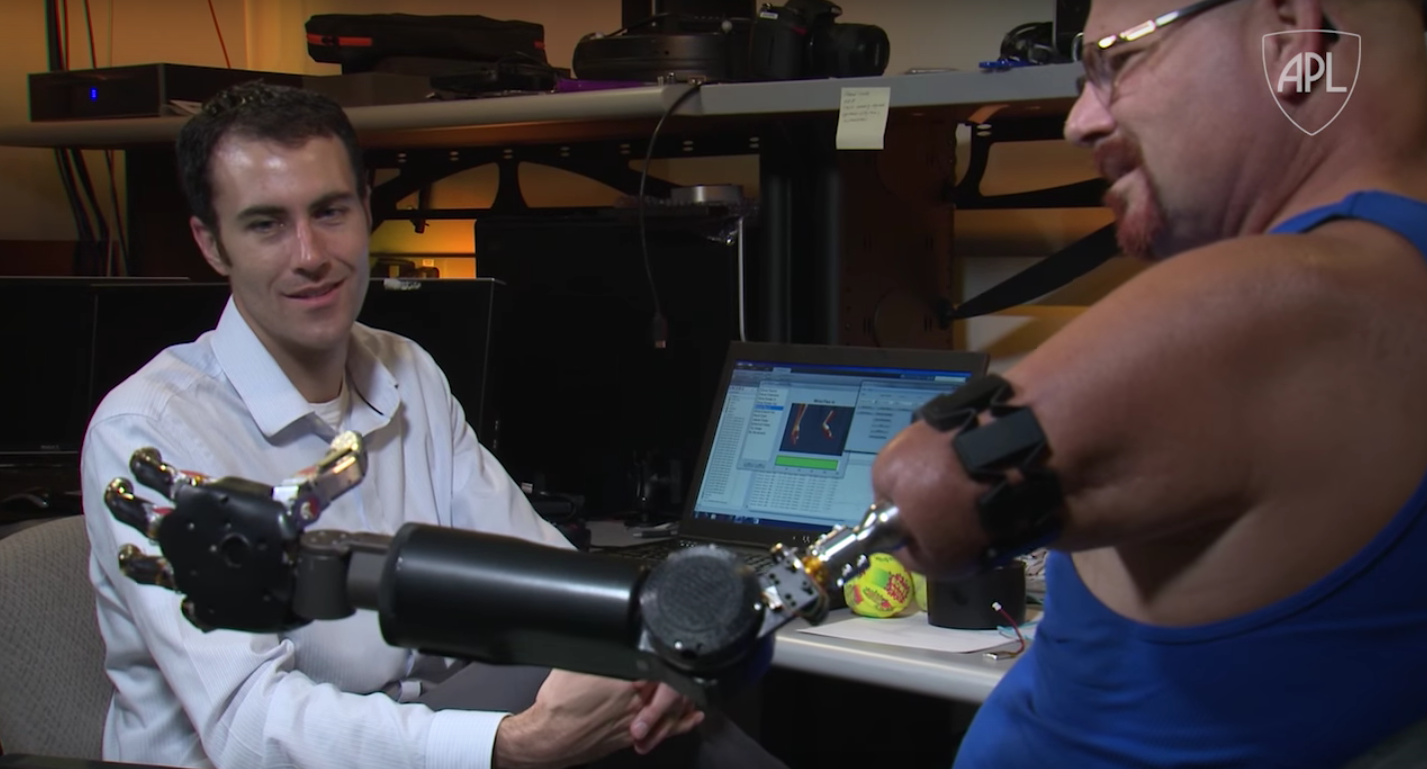 A new method that offers a wide range of motion and comfort for amputees is now available, thanks to a pioneering surgical technique developed by researchers from Johns Hopkins Applies Physics Laboratory (APL). This is a first in the field of prosthetics, which has always faced problems when dealing with the socket, which is the part where the prosthesis attaches to the body.

Typically, this area experiences a lot of pain—sores and blisters are common. Even the most well designed sockets will experience major discomfort due to heat, sweating and chafing. In addition to this, the joint area will often feel heavy and the prosthetic cumbersome.

The new procedure is called "osseointegration." This is the first stage of the procedure that uses custom-made compressive device (called Compress) which  is implanted into the marrow space between the bone and the residual limb of amputees. It serves as a bone-anchoring device that induces a biological response from the bone, thus creating a strong, long-lasting connection between the implant and the bone.

Quite simply, the implant becomes a part of your bone. Later on, for the second stage of the process, an adapter brought through the skin will be connected to the compress implant on the bone side, allowing a direct connection to the external prosthetic limb.

The company describes the work as follows: "In order to make a prosthetic like the Modular Prosthetic Limb work, a patient must first undergo targeted muscle reinnervation. This surgery reassigns the nerves that one controlled the patient's arm or hand. The new system uses an implant to attach the MPL to the body, replacing the need for uncomfortable harnesses. Through osseointegration, a threaded titanium implant is inserted into the marrow space of the bone. Then, a titanium extension is attached, and brought out through the soft tissue and skin.  After the extension, called an abutment, is attached, the prosthetic can be put in place."

Johnny Matheny became the first patient in the United States to try out this breakthrough medical procedure. “Before, the only way I could put the prosthetic on was by this harness with suction and straps; but now, with osseointegration, the implant does away with all that. It’s all natural now. Nothing is holding me down. Before, I had limited range; I couldn’t reach over my head and behind my back. Now boom, that limitation is gone,” he shares.

The research team behind the procedure states that that they were initially "conservative in our expectations." This is because they didn't wan to give false hope. The team asserts that they "wanted to be cautious about how much load we were putting on the implant, how much we were asking him [Matheny] to do and make sure that we had a number of safety considerations in place and somewhat temper expectations for him."

The success of Matheny’s procedure spurs the whole field forward significantly says Michael McLoughlin, chief engineer in APL’s Research and Exploratory Development Department; adding, “the challenge for us next is to really figure out how to get this technology out of the laboratory and into the hands of people who need it. For all the incredible things that we see Johnny doing with the MPL, when we’re finished here in the lab he has to leave it here and go home. We really want to enable him to leave with that arm and to use it every day. And that’s what Johnny wants too.”

Read This Next
Futurism
Electronic Skin That Heals Could be the Future of Prosthetics, Robotics
Futurism
New Thought-Controlled Prosthetics Restore the Sensation of Touch
Futurism
New Mind-Controlled Prosthetics Are Poised To Transform Humanity
Futurism
The Future is Here: Six Of Today's Most Advanced, Real-Life Cyborgs
Futurism
Viktoria Modesta Is a Bionic Woman, and She Is Taking the Music Industry by Storm
More on Enhanced Humans
Brain Transparency
Yesterday on futurism
Duke Professor Welcomes the "Promising" Future of Employers Reading Your Brain
Brain-Computer Im...
Jan 3 on the byte
Neuralink Cofounder Says New Company's Eye Implant Could Be "Ultimate" VR Tech
Eyes Have It
12. 30. 22 on futurism
Meet the Neuralink Cofounder Who Left and Started a Competitor That's Now Rapidly Catching Up
READ MORE STORIES ABOUT / Enhanced Humans
Keep up.
Subscribe to our daily newsletter to keep in touch with the subjects shaping our future.
+Social+Newsletter
TopicsAbout UsContact Us
Copyright ©, Camden Media Inc All Rights Reserved. See our User Agreement, Privacy Policy and Data Use Policy. The material on this site may not be reproduced, distributed, transmitted, cached or otherwise used, except with prior written permission of Futurism. Articles may contain affiliate links which enable us to share in the revenue of any purchases made.
Fonts by Typekit and Monotype.