Viktoria Modesta Is a Bionic Woman, and She Is Taking the Music Industry by Storm

Her augmentation hasn’t stopped her from rocking the music and fashion industries. 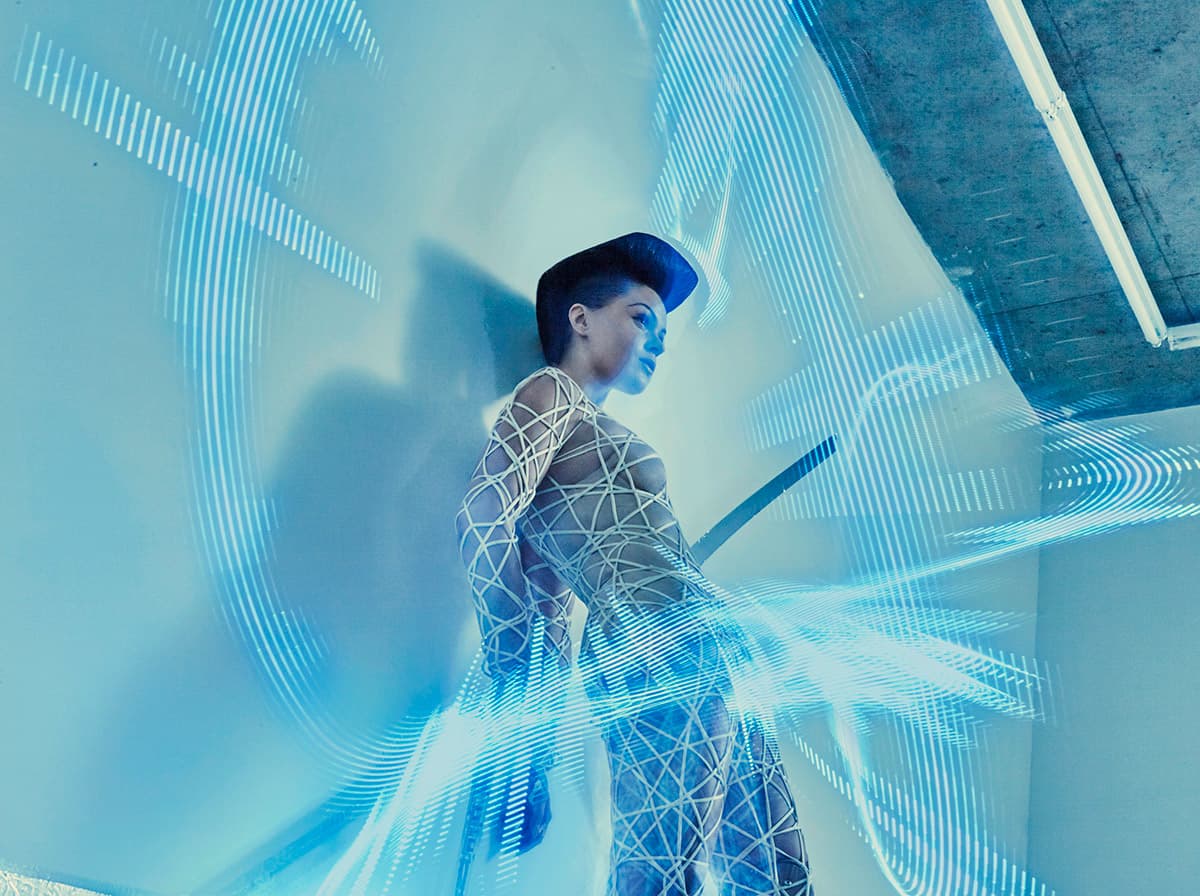 Today, Viktoria Modesta is a star on the rise in the music industry. However, her path to pop prominence has been anything but straightforward. Complications during her birth caused significant damage to her lower left leg, and at the age of 20, she elected to have the limb amputated below the knee to safeguard her long-term health.

Modesta's outlook on her experience might surprise you, though, and her perspective on the situation demonstrates what modern medicine can do for a person's ability to be comfortable in their own skin.

"You feel physical changes," Modesta explained in a recent interview with Futurism. "You feel like your silhouette and skeleton changes, and you have a sense of almost being a slightly different being."

According to Modesta, these changes impacted more than just her physical form. “Did it somehow dampen down my emotions? It definitely made me have a different sort of self-awareness," she confessed. "You’re no longer paying attention to what Cosmopolitan magazine tells you. You’re not like, ‘I need to have this fashion, and these legs, and this body.’"

Modesta believes her experience has allowed her to hone in on her own idea of "the self" and what's truly important in that respect. "Once you experience living without a part of you, you start to really question what it is that really makes you feel like who you are," the singer asserted.

While the field of bionics has advanced remarkably in recent years, Modesta believes that, for the most part, public perception has changed very little. “The funny thing about the idea of augmenting your body with artificial body parts, not a lot has changed over the last 20 years,” she observed.

Most people may still see such augmentation as a loss, rather than a situation in which something can be gained, but that view isn't shared by everyone.

Since 2014, the Open Bionics project has striven to make prosthetic hands that are not only affordable and accessible but also something that the wearer can get excited about wearing.

They've collaborated with Disney to produce prosthetic hands based on properties like Star Wars, the Marvel universe, and Frozen. Fans of Deux Ex: Human Revolution can also use their prosthesis inspired by the video game's protagonist.

Today, amputees have more options than ever before. Things are changing for the better, and Modesta sees these changes as just one example of the much broader social changes that technology — specifically the internet — is bringing about.

"I generally think that technology is bringing us together," she remarked. "Just look at the internet. It allows someone from a totally different country to send a message, and you don’t know how many limbs they have, whether they are a woman or a man, an adult or a child…you just don’t have any idea. I believe that’s helping us become more unified and is also breaking down boundaries."

Modesta clarifies that we need to boldly force ourselves to continue down the path that technology is quickly ushering us, interrogating both what it means to be an individual human and what the connective tissues are that unite us all.

In the end, she asserts that it will be science and technology that guide us to truly embracing the multitude of ways of being.

This interview has been edited slightly for clarity and brevity.

Read This Next
Futurism
Electronic Skin That Heals Could be the Future of Prosthetics, Robotics
Futurism
New Thought-Controlled Prosthetics Restore the Sensation of Touch
Futurism
New Mind-Controlled Prosthetics Are Poised To Transform Humanity
Futurism
The Future is Here: Six Of Today's Most Advanced, Real-Life Cyborgs
Futurism
There's a $100 Million Plan to Make a Synthetic Spinal Cord to End Paralysis
More on Enhanced Humans
Butcher Shop
Tuesday on futurism
Neuralink Employees Admit Company Has Killed 1,500 Animals So Far
Skull Candy
Oct 24 on the byte
A Guy Lost His Eye and Put a Bright Light Into the Socket
So Sue Me
Sep 28 on futurism
Battle Erupts Over Alleged Grisly Photos of Brain-Hacked Neuralink Monkeys
READ MORE STORIES ABOUT / Enhanced Humans
Keep up.
Subscribe to our daily newsletter to keep in touch with the subjects shaping our future.
+Social+Newsletter
TopicsAbout UsContact Us
Copyright ©, Camden Media Inc All Rights Reserved. See our User Agreement, Privacy Policy and Data Use Policy. The material on this site may not be reproduced, distributed, transmitted, cached or otherwise used, except with prior written permission of Futurism. Articles may contain affiliate links which enable us to share in the revenue of any purchases made.
Fonts by Typekit and Monotype.