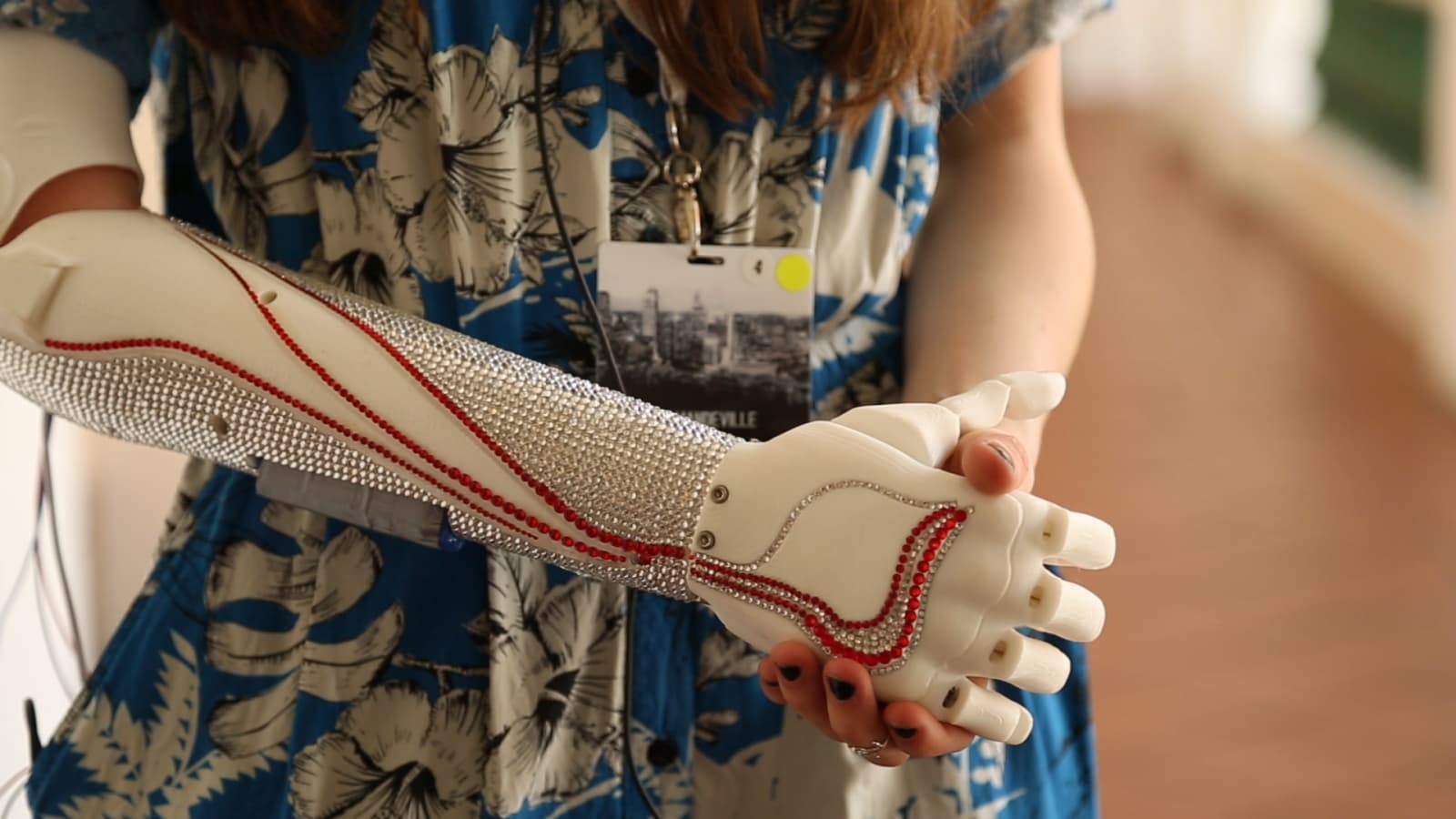 A new, affordable, 3D printed bionic hand that could transform the U.K.'s National Health Service (NHS) has begun its first clinical trial in England. BBC's coverage focuses on a girl called Tilly Lockey who is one of the 10 children taking part in the trial.

The arm is built by Open Bionics, based near Bristol, with the goal to create "low-cost bionic hands" to help the estimated two million hand amputees worldwide. Their hands can be created in just over 42 hours and cost around £3,000 ($3,360).

The hands can also be modified to the wearer's preference. Most endearingly, the company has shown child-specific styles, which them look like Star Wars or Iron Man hands. As Tilly says in the video, when people see it "They're like 'oh my gosh that's a cool hand!'"

These cheap, functional, and quick-to-produce bionic arms have the potential to revolutionize the treatment of those missing arms in Britain. If the clinical trial is successful, they will be rolled out as part of the free NHS service, improving thousands of lives.

The future of bionics looks bright as we see more limb replacements that are miles ahead of the crude hooks of the past. At the most advanced end of the spectrum, there are even arms that can translate thoughts into prosthetic movements, and prosthetics that come equipped with a full technological arsenal — including a drone, interactive screen, and USB port.