Recent developments in bionic limbs have increased comfort and utility for amputees. 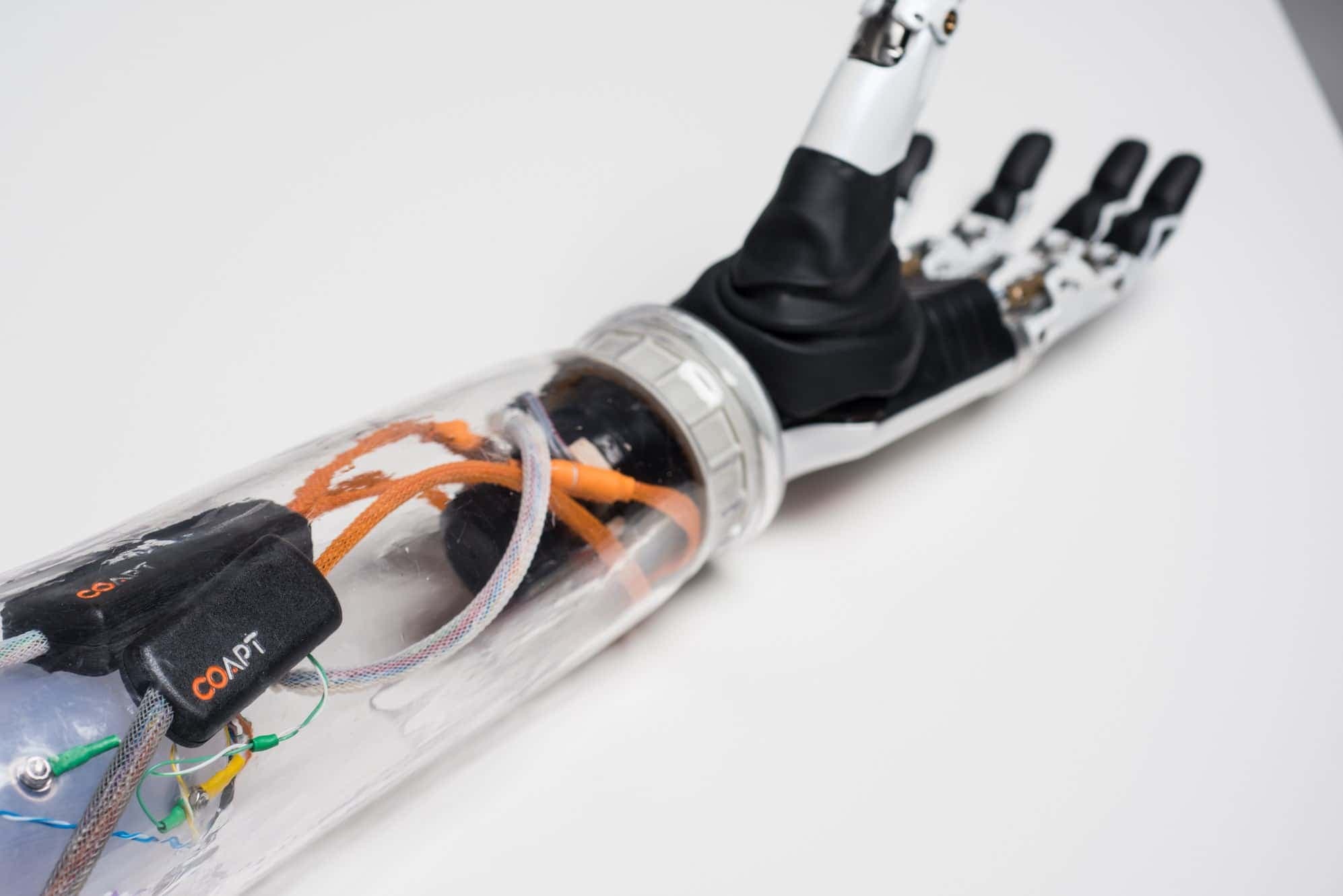 “The idea is that we’re able to translate thoughts into motion,” says Mike McLaughlin of the Johns Hopkins Applied Physics Laboratory, the creators of the Modular Prosthetic Limb. Hopkins is one of the engineering initiatives that have recently brought advancements in prosthetics and bionic limbs, improving comfort and utility for upper-arm amputees.

Studies from biomedical engineers from Bloorview Research Institute have revealed the inefficiency of market-available prosthetic arms, indicating that up to 75% of users reject and abandon their reconstructed limbs. Most arms available rely on controls developed in the 1950s; they had clunky cables, harnesses. The sensors used were just not intuitive enough for comfortable use.

Still, none of these prosthesis systems work like a real hand. Pre-programmed controls are what makes the robotic extensions work. Coapt lets the user pre-program about six to eight movements for everyday use: pointing, pinching, and making a fist, to name a few.

What limits the technology is the sheer complexity of our body. “If you move your arm, there are probably 500 million neurons involved. Right now, the best we can do is see a few hundred of those neurons,” says McLaughlin.

Scientists hope that future prosthesis can let amputees regain control by tapping into the brain’s symphony directly, by implanting electrodes under the skin or even directly into the brain. It's easy to take for granted our automatic, well-organized machine of a body—a simple wave hello or a handshake greeting is nearly thoughtless action. Someday soon, technology may let us overcome these physical limitations.

Read This Next
Futurism
Electronic Skin That Heals Could be the Future of Prosthetics, Robotics
Futurism
New Thought-Controlled Prosthetics Restore the Sensation of Touch
Futurism
New Mind-Controlled Prosthetics Are Poised To Transform Humanity
Futurism
The Future is Here: Six Of Today's Most Advanced, Real-Life Cyborgs
Futurism
Viktoria Modesta Is a Bionic Woman, and She Is Taking the Music Industry by Storm
More on Enhanced Humans
Brain-Computer Im...
Jan 3 on the byte
Neuralink Cofounder Says New Company's Eye Implant Could Be "Ultimate" VR Tech
Eyes Have It
12. 30. 22 on futurism
Meet the Neuralink Cofounder Who Left and Started a Competitor That's Now Rapidly Catching Up
Butcher Shop
12. 6. 22 on futurism
Neuralink Employees Admit Company Has Killed 1,500 Animals So Far
READ MORE STORIES ABOUT / Enhanced Humans
Keep up.
Subscribe to our daily newsletter to keep in touch with the subjects shaping our future.
+Social+Newsletter
TopicsAbout UsContact Us
Copyright ©, Camden Media Inc All Rights Reserved. See our User Agreement, Privacy Policy and Data Use Policy. The material on this site may not be reproduced, distributed, transmitted, cached or otherwise used, except with prior written permission of Futurism. Articles may contain affiliate links which enable us to share in the revenue of any purchases made.
Fonts by Typekit and Monotype.