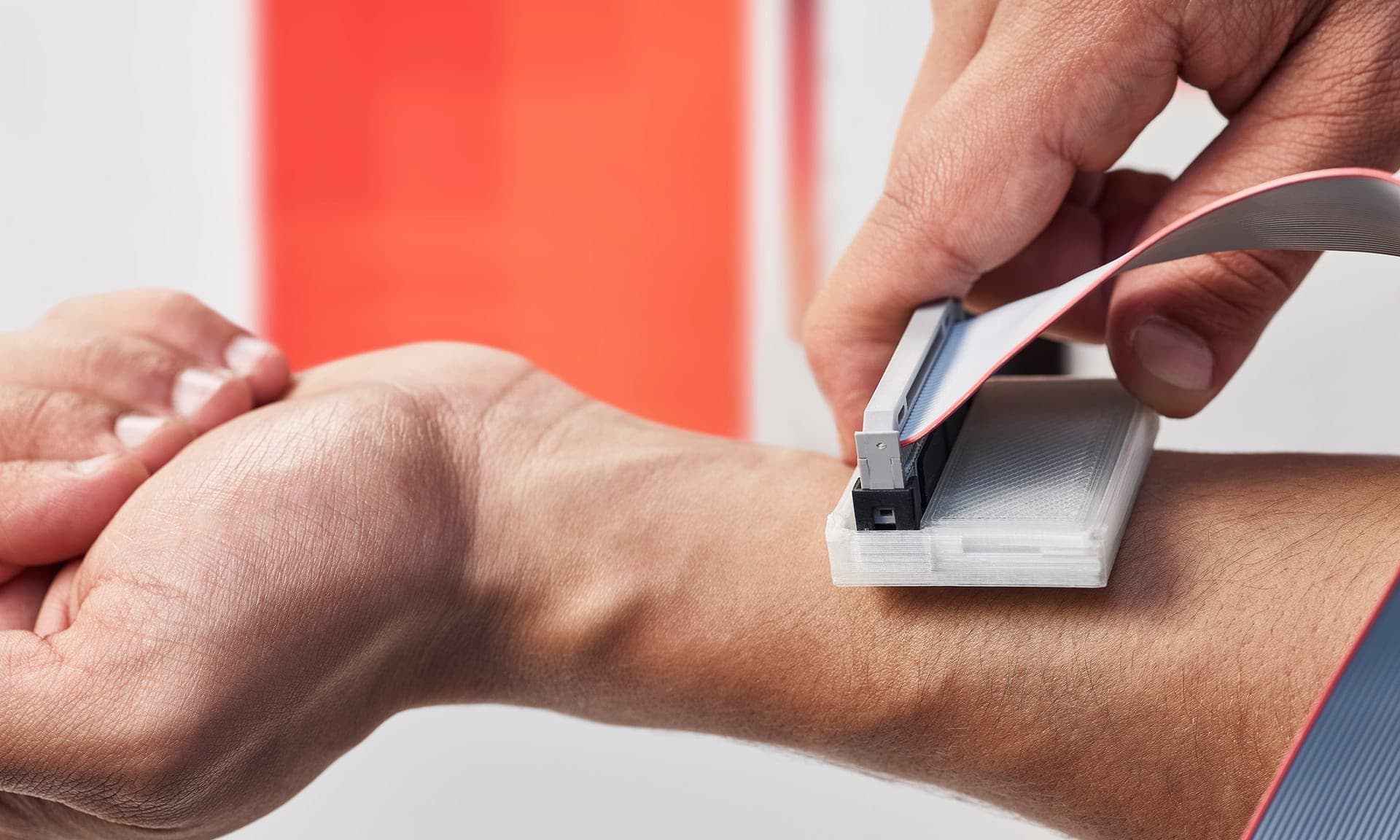 Detecting skin cancer early isn't easy. Currently, it's done through visual inspections or biopsies, but some doctors may not pick up on the disease using the former, while some patients may not be able to afford the latter. As such, a team of graduates from McMaster University in Canada set out to develop an inexpensive skin cancer detector, and their innovative work has earned them the prestigious international James Dyson Award.

Cancer affects the metabolic rate of skin cells, with cancerous cells heating up faster than their healthy counterparts following a shock of cold temperature.

To make identifying these cells easier, the McMaster University team — Michael Takla, Rotimi Fadiya, Prateek Mathur, and Shivad Bhavsar — built a skin cancer detector with 16 thermistors that can track the rate of temperature increase following a cold shock from an ice pack.

The thermistors are simply placed on the potentially cancerous area of skin, and the device produces a heat map that can be used to determine the presence of melanoma.

“By using widely available and inexpensive components, the sKan allows for melanoma skin cancer detection to be readily accessible to the many” award founder James Dyson said in a statement announcing the win. “It’s a very clever device with the potential to save lives around the world.”

In addition to winning the Dyson Award for their skin cancer detector, the team also received a cash prize of approximately $40,000 to advance their research. They received $10,000 at the the Forge’s Student Start-up Pitch competition in March.

According to Mathur, the team was inspired to create sKan after realizing technology hadn't had the same impact on skin cancer diagnosis as it had on other medical fields.

“We found research that used the thermal properties of cancerous skin tissue as a means of detecting melanoma. However, this was done using expensive lab equipment," he said in a McMaster University news release. "We set out to apply the research and invent a way of performing the same assessment using a more cost-effective solution.”

Going forward, the sKan team hopes to create a more advanced prototype that will allow them to begin pre-clinical testing.

As reported by The Guardian, nearly 39 people are diagnosed with skin cancer every day in the U.K., and the American Cancer Society (ACS) estimates 87,110 new cases of melanoma will be diagnosed in the U.S. 2017, with 9,730 people dying from the condition. Early detection is key to cancer survival, so if sKan succeeds, it could significantly reduce that number.

“Our aspirations have become a reality,” said Mathur. “Skin cancers are the most common form of cancer worldwide, and the potential to positively impact the lives of those affected is both humbling and motivating.”