Startup Builds Brain-Reading Helmet That Scans Your Brain in Infrared

Would you wear it? 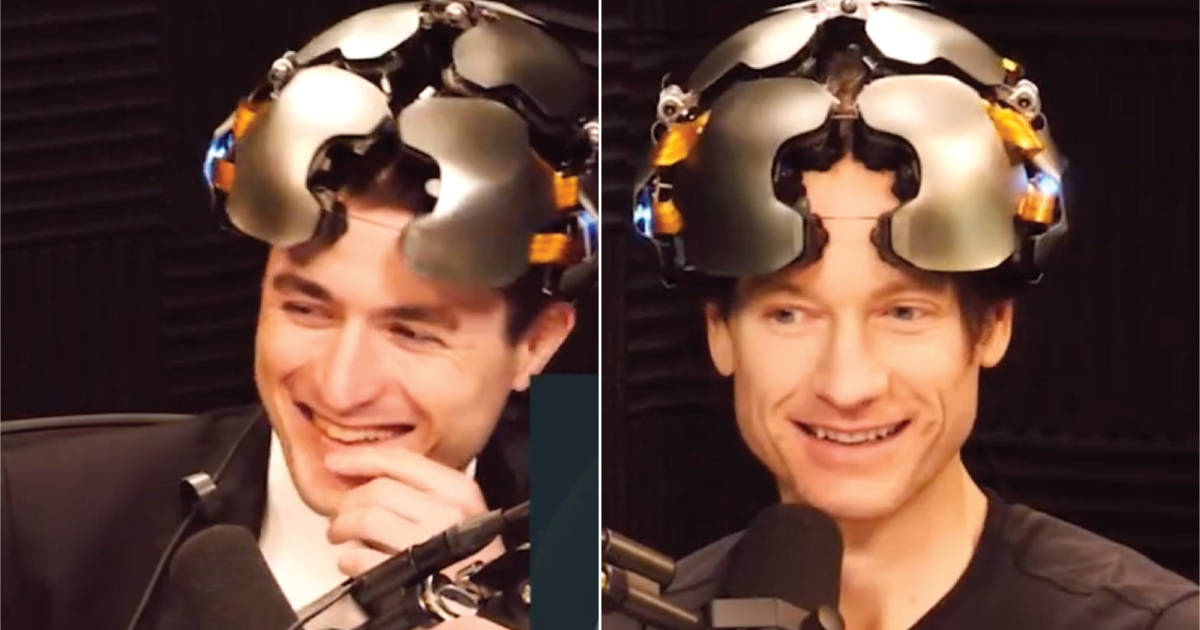 Ever wondered what's going on inside somebody's head? Us too, and it might just be possible to see inside another person's brain outside a laboratory setting soon.

Earlier this year, US startup Kernel released a piece of wearable tech called the Kernel Flow that uses near-infrared light to scan people's brains, and a new report published yesterday in Physics World gave us a little more detail about the futuristic headset, which looks kind of like a metal helmet or funky, goggle-less VR gear.

The tweet below pictures Kernel's CEO Bryan Johnson wearing the headset himself.

“Lex, what goes through a potato’s brain?”
“What kind of nuts do academics eat?”

Jokes our CEO @bryan_johnson told @lexfridman while wearing Kernel Flow: https://t.co/pD232NSRkd
This is one of the many remarkable things the Kernel team does daily. Join us:https://t.co/tpzqH5f1Mz pic.twitter.com/LLEMXsJNYO

Kernel's team designed the adjustable headset with 52 modules stuck onto four plates on each side of the head. Each one has a laser surrounded by six hexagonal detectors. Two lasers inside the source emit light at different wavelengths and direct them toward the brain by aiming at the scalp. The detectors pick up the reflected light, and photon arrival times are then recorded.

The device uses time-domain functional near-infrared spectroscopy (TD-fNIRS), which has long been used in brain imaging but comes with a ton of obstacles, according to Kernel's own study.

"TD-fNIRS has been considered as the gold standard of noninvasive optical brain imaging devices," the team wrote in their research, published in January. "However, due to the high cost, complexity, and large form factor, it has not been as widely adopted as [other] systems."

Kernel is running multiple studies with the Flow system, and each has different goals. Participants could choose from studies that use brain images to understand emotion, ketamine side effects, attention span and more. Some offer participants compensation. And yes, the helmet was tested on non-human subjects before even touching a human volunteer's noggin.

Physics World reports that initial results from Kernel's studies are promising, and that making brain imaging tech available to the public could finally help us all better understand ourselves and our health. However, there will be limitations. Kernel's team said hair texture and skin type can affect results, and that the helmet isn't quite as practical as a smart watch or other wearable just yet. However, they estimate commercial systems could be available as soon as 2024, which could make brain imaging as common as tech that tracks sleep, heart rate and movement.

While it sounds like Kernel has a ton of kinks to work out in their system, it's exciting. Given that so many people are suffering from long COVID and mental health crises, any tech that helps overcome or understand those challenges is a welcome tool.

More on brain function: Neuralink Says 21 Percent of Its Monkeys Died Because of Brain Implant Issues