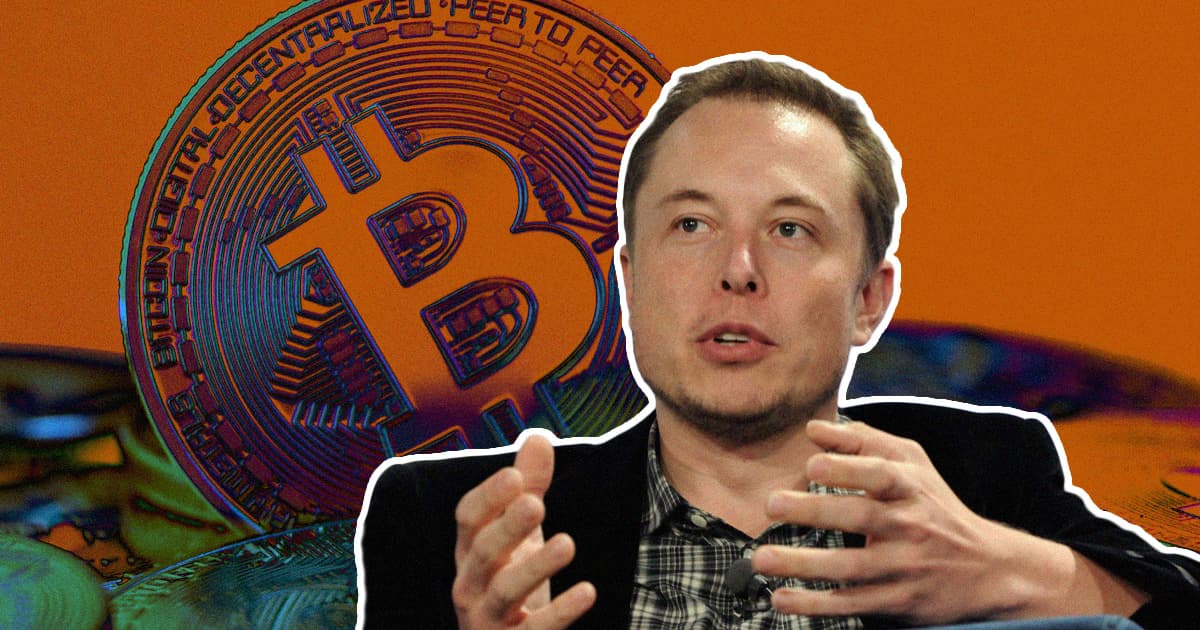 Tesla and SpaceX CEO Elon Musk took to Twitter yesterday to argue that top Bitcoin miners should reveal how much renewable energy they are using.

His tweet comes in response to ARK Invest's director of research Brett Winton advocating for Bitcoin miners to increasingly adopt renewables. ARK is working on an open source mining model that takes advantage of solar panels and battery storage, as outlined in a white paper.

Winton's argument is that it's lucrative enough to push existing miners to take advantage of more renewable forms of energy.

"Previously, we demonstrated how Bitcoin minting could allow solar and battery systems to economically scale to provide a larger share of grid energy across different historical bitcoin pricing/hash timeframes," Winton wrote in a tweet.

The concept attracted the interest of Musk, who weighed in with his own thoughts.

"I agree that this *can* be done over time, but recent extreme energy usage growth could not possibly have been done so fast with renewables," Musk argued.

In other words, as of right now, plenty of miners — particularly in China — are using coal and fossil fuels to mine Bitcoin. And the recent and explosive rise of Bitcoin probably wouldn't have been possible with exclusively renewables.

"This question is easily resolved if the top 10 hashing orgs just post audited numbers of renewable energy versus not," Musk added.

It's getting increasingly difficult to gauge Musk's opinion on Bitcoin and cryptocurrencies as a whole. He's careened from being a huge cryptocurrency booster to sharply criticizing the environmental toll of the tech, earning him plenty of criticism.

The latest discourse, for instance, comes after Musk announced his electric car company would no longer accept Bitcoin as a form of payment citing environmental concerns — just two months after starting to accept the digital currency in the first place.

“Tesla will not be selling any Bitcoin and we intend to use it for transactions as soon as mining transitions to more sustainable energy,” Musk said in a statement posted earlier this month. "We are concerned abut rapidly increasing use of fossil fuels for Bitcoin mining and transactions, especially coal, which has the worst emissions of any fuel."

Musk's flipflopping on Bitcoin was followed by the currency's value — and Tesla's own shares — tanking. In recent days, the drop was also likely connected to China banning any financial institutions and payment companies from doing business related to cryptocurrencies.

Overall, it's become less and less clear whether Musk sees any future in blockchain technologies, and how they'd have to change to earn his full support.

"Bitcoin hashing (aka mining) energy usage is starting to exceed that of medium-sized countries," Musk wrote in a separate tweet on Thursday.

That tweet was in response to someone arguing that massive Bitcoin mining organizations are undermining the decentralization inherent in blockchain-based technologies.

"Almost impossible for small hashers to succeed without those massive economies of scale," Musk added.

The reality is that switching the entire Bitcoin mining industry to green energy sources would be a gargantuan task. And experts say that making any fundamental changes to the way Bitcoin mining works right now would be a disaster.

Forcing large scale mining operators to post audited numbers will also likely be met with incredulity. Besides, miners arguably have very few, if any, other incentives to switch to renewables if money is to be made using non-renewables.

Is it too late for Bitcoin? Musk doesn't appear to know himself — despite his massive influence over its fate.

Read This Next
Work Culture
Former Tesla Manager Says Workers Will Actually Love Elon Musk's Tyrannical Email
The Saga Continues
SpaceX President Defends Elon Musk Against Sexual Misconduct Claims
Thanks Man!
After Sexual Allegations, Elon Musk Jets Off to Brazil
Wait Wait
Elon Musk Has a Ridiculous Excuse for Why He Suddenly Doesn't Want to Buy Twitter
Musk Gonna Musk
Experts Say That Elon Musk Has No Idea How Math Works
More on Future Society
Degrees Celsius
Yesterday on the byte
Crypto Startup in Crisis Insists That Its CEO Isn't Trying to Flee the Country
Sweet Silence
Yesterday on the byte
Elon Musk Is Missing
Go Time
Monday on the byte
Hackers Declare War on Anti-Abortion States
READ MORE STORIES ABOUT / Future Society
Keep up.
Subscribe to our daily newsletter to keep in touch with the subjects shaping our future.
+Social+Newsletter
TopicsAbout UsContact Us
Copyright ©, Camden Media Inc All Rights Reserved. See our User Agreement, Privacy Policy and Data Use Policy. The material on this site may not be reproduced, distributed, transmitted, cached or otherwise used, except with prior written permission of Futurism. Fonts by Typekit and Monotype.