Cryptocurrencies are "seriously infringing on the safety of people’s property and disrupting the normal economic and financial order." 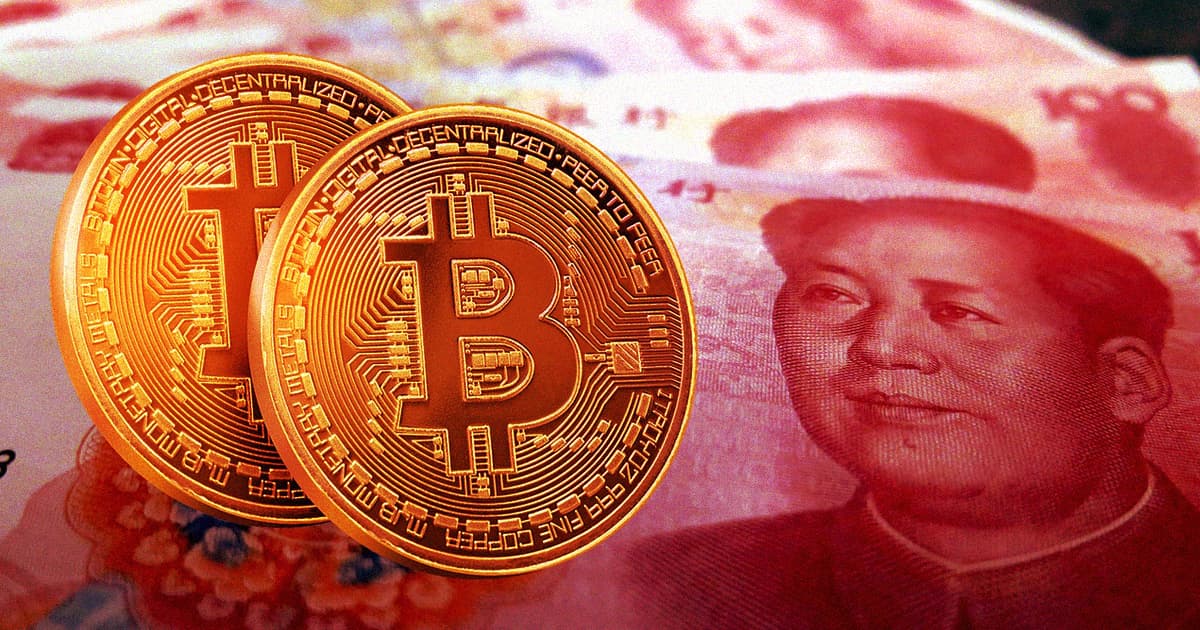 The cryptocurrency market had been flourishing in the country, despite crypto exchanges and initial coin offerings being banned.

The move signifies China's continued crackdown on any cryptocurrency activity within its borders, which is also having rippling effects felt throughout the rest of the world.

In this case, for instance, Bitcoin quickly crashed to a four-month low of just $31,926, according to Coindesk before bouncing back to roughly $40,000. Many other prominent cryptocurrencies also fell sharply.

"Recently, crypto currency prices have skyrocketed and plummeted, and speculative trading of cryptocurrency has rebounded, seriously infringing on the safety of people’s property and disrupting the normal economic and financial order," three industry bodies, the National Internet Finance Association of China, the China Banking Association and the Payment and Clearing Association of China, said in a joint statement, as quoted by Reuters.

Such institutions must now abstain from providing any cryptocurrency services involving trading, settling, or registering accounts.

It's a small part of a much larger trend. In 2017, China banned all local crypto exchanges, dealing a great hit to the global crypto market as the country represented 90 percent of global Bitcoin trading at the time.

Two years later, the People's Bank of China announced that it was blocking all domestic and foreign exchanges as well as ICOs.

There may be an ulterior motive behind the continued crackdown. China's central bank is currently trying to get its own sovereign digital currency off the ground, called Digital Currency Electronic Payment (DCEP). The currency is undergoing several trials right now, as the South China Morning Post reported last week.

The digital currency allows anybody with a smartphone to make payments and transfers by linking their bank account to an electronic wallet app.

The result, if it takes off: essentially no cash flow would be invisible to the government.

"In theory, following the launch of the digital yuan, there will be no transaction that regulatory authorities will not be able to see — cash flows will be completely traceable," senior researcher with Peking University's Digital Finance Research Cen­tre Xu Yuan told SCMP.

Of course, that project is quite distinct from a fully decentralized and blockchain-based cryptocurrency. In many ways it's the polar opposite, with transactions being entirely traceable and centralized, unlike cryptocurrencies that give holders at least some degree of anonymity.

"It’s no surprise to me, as Chinese capital controls can be challenged by cryptocurrency purchases in the country and transfers out of the country," CEO for APAC at Saxo Markets told Bloomberg.

"So avoiding use of them in the country is essential to maintaining capital controls. The only tolerable digital currency to a government with strong capital controls is their own [Central Bank Digital Currency]."

Another possibility is that China's central bank is indeed looking after the interests of its own residents.

Long story short, China has made it clear so far that cryptocurrencies in their current form are unwelcome in the country. It's distancing itself from wild speculation and highly volatile tokens, while pushing for a fully centralized digital currency that could give it unprecedented powers.

More on China and crypto: China Could Use Bitcoin as a Weapon Against the US, Billionaire Warns

Read This Next
Please Don't
TikTok Caught Planning to Spy on the Locations of Specific American Citizens
Power Struggle
Former Google CEO Issues Dire Warning About China
Dealbreaker
Shocker: Elon Musk's Twitter Deal May Already Be Falling Apart
Regulating Crypto
Hillary Clinton Calls Out Crypto Exchanges for Letting Russia Bypass Sanctions
Bye Bye Baby
Lawyer for Crypto Laundering Rapper Says She Won't Flee Because of Her Frozen Embryos
More on Future Society
Unorthodox Urinal
Friday on the byte
Scientists Say They've Figured Out the Ideal Urinal for Not Splashing Back
Abso-Effing-Lutely
Friday on futurism
Free Speech Absolutist Elon Musk Discovers That Some Speech Is Unacceptable After All
Might See Nonsense
Friday on futurism
MSN Fired Its Human Journalists and Replaced Them With AI That Started Publishing Fake News About Mermaids and Bigfoot
READ MORE STORIES ABOUT / Future Society
Keep up.
Subscribe to our daily newsletter to keep in touch with the subjects shaping our future.
+Social+Newsletter
TopicsAbout UsContact Us
Copyright ©, Camden Media Inc All Rights Reserved. See our User Agreement, Privacy Policy and Data Use Policy. The material on this site may not be reproduced, distributed, transmitted, cached or otherwise used, except with prior written permission of Futurism. Articles may contain affiliate links which enable us to share in the revenue of any purchases made.
Fonts by Typekit and Monotype.