He says there should be at least "some amount of cooperation." 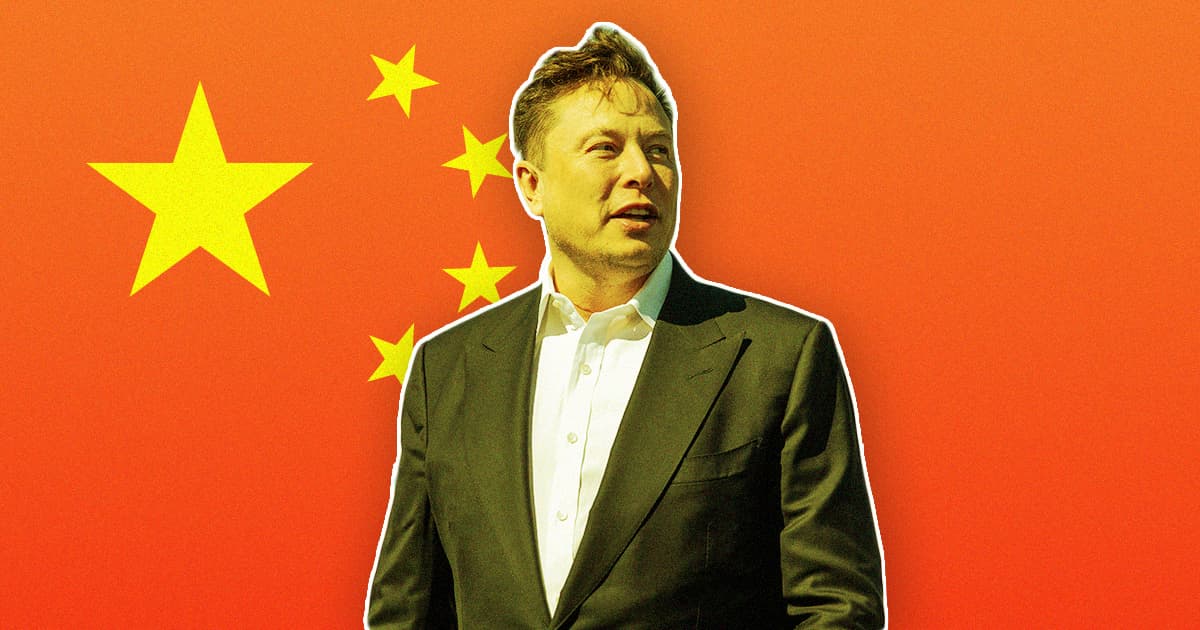 SpaceX CEO Elon Musk is calling for at least "some amount of cooperation" between NASA and China — despite legislation that restricts NASA from using any federal funds to engage with the Chinese government.

The Wolf Amendment, passed by Congress in 2011, severely restricts any bilateral cooperation with the Chinese government — an effort to put a stop to espionage, effectively painting China as an adversary in space.

"The Chinese civilian space program is, in reality, their military space program," NASA administrator Bill Nelson told Scientific American this summer. "That’s why I think we are going into a space race with China."

China made massive strides in space in recent years, launching the first core module of its Tiangong space station and sending a crew of three astronauts there. The country even successfully returned a sample of Moon rocks to Earth last year, becoming the first country to do so since 1976, as well as landing a functional Mars rover early this past spring.

The CEO's goal has long been to make humanity multiplanetary, which he's tackling head-on with his space company, SpaceX. But NASA, an important source of funds for rocket development, has its hands tied when it comes to cooperating with China.

It's unclear to what exactly Musk meant with "some amount of cooperation," and it's unclear what role China should play in his view.

But unlike Congress, Musk has had a much more positive relationship with China, especially when it comes to his car company Tesla, which has made substantial moves to expand its footprint in the country.

There's certainly an argument that, given China's advancements in space, sharing knowledge could benefit both the country's space agency and SpaceX.

With NASA mulling plans to eventually dismantle and destroy the International Space Station, China is racing ahead to establish its own orbital outpost. That means the country will soon have a permanent presence in space while NASA may no longer have one.

And, of course, launching cargo and astronauts to the ISS is a major revenue source for SpaceX.

In reality, political disagreements will likely get in the way of any cooperation moving forward. China-US relations have deteriorated, especially during Donald Trump's presidency.

Two world powers are each working on their own plans to populate outer space. Whether they will find common ground, and where that leaves SpaceX, is anybody's guess.

"I think we’re going to see a mixture of cooperation and competition, probably between two blocs: one led by the US and one led by China," John Logsdon, a professor at George Washington University, told Scientific American.

"After all, it was [US versus Soviet] competition that got us to the Moon," he added. "There is competition between the US and China for global leadership."

READ MORE: Can the U.S. and China Cooperate in Space? [Scientific American]

Read This Next
Shoo
Scientists Warn Giant Asteroid Is Actually Swarm, Nearly Impossible to Destroy
A Sip of Opal
NASA Discovers Precious Gemstones on Mars
And He Scores
We Are Completely Puzzled by This Video of a Chinese Astronaut Playing Ping-Pong in Space
Moon Wrestling
The Head of NASA Is Scared Chinese Astronauts Will Seize Portions of the Moon
Shot Well
Head of NASA Relieved to Hear Elon Musk Isn't REALLY Running SpaceX
More on Off World
Trashing Orbit
Yesterday on the byte
Elon Musk Says SpaceX May Build Starship That Dies on Purpose
Cat and Mouse
Yesterday on the byte
SpaceX to Launch "Hunter" Satellites for Targeting Rival Spacecraft
Space In Space
Yesterday on the byte
NASA Official Admits There's a Bit of an Issue on the Space Station
READ MORE STORIES ABOUT / Off World
Keep up.
Subscribe to our daily newsletter to keep in touch with the subjects shaping our future.
+Social+Newsletter
TopicsAbout UsContact Us
Copyright ©, Camden Media Inc All Rights Reserved. See our User Agreement, Privacy Policy and Data Use Policy. The material on this site may not be reproduced, distributed, transmitted, cached or otherwise used, except with prior written permission of Futurism. Articles may contain affiliate links which enable us to share in the revenue of any purchases made.
Fonts by Typekit and Monotype.