Could We Levitate Humans With the World’s Most Powerful Acoustic Tractor Beam?

Working with higher pitches, larger objects, and more stability, the only way for the research to go from here is up. 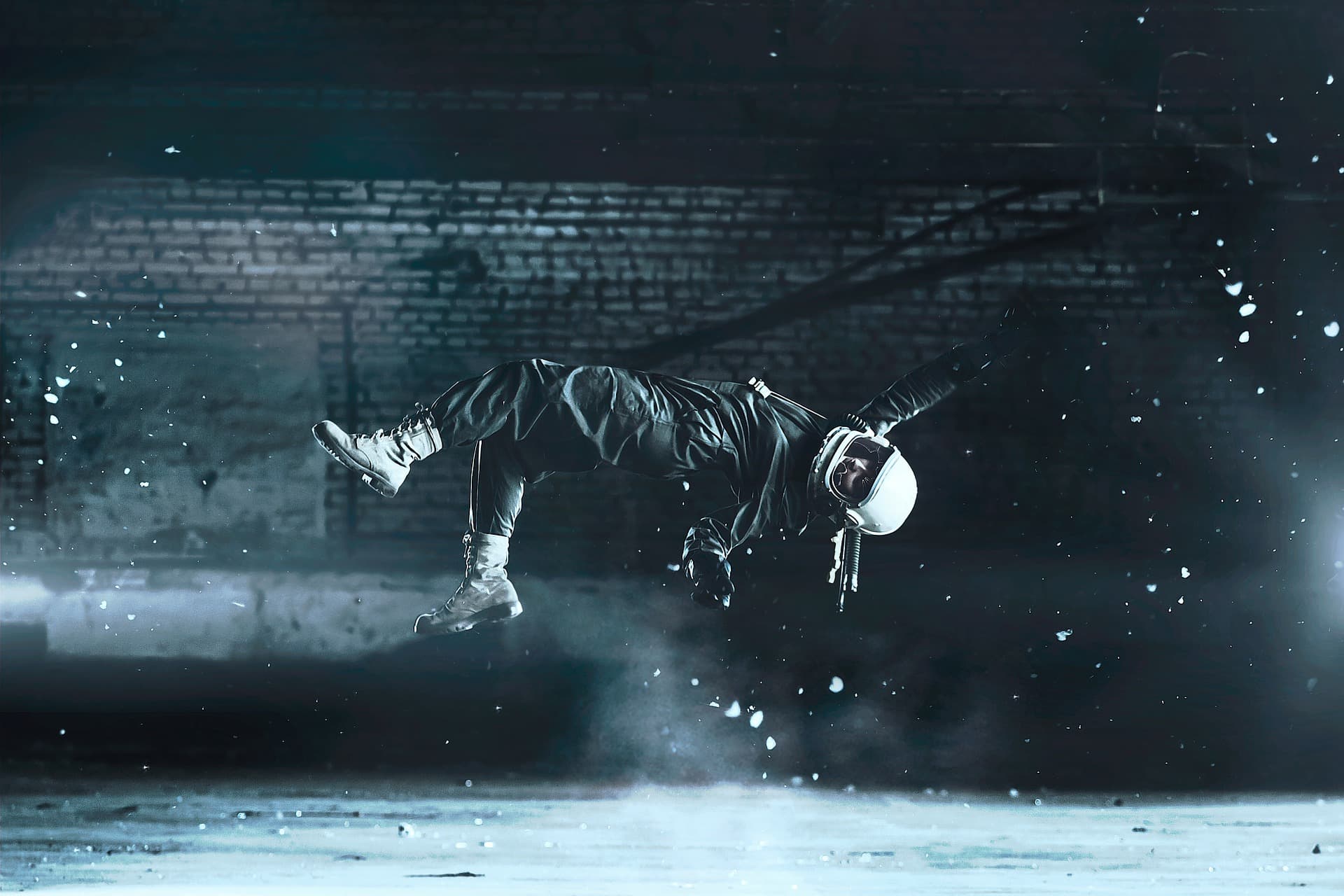 In a sci-fi feeling first, engineers at the University of Bristol used the world's most powerful acoustic tractor beam to demonstrate that it's possible to stably contain objects larger than the wavelength of sound. In other words, they were able to levitate objects notably larger than what's ever been possible before; a feat that theoretically opens up the potential of one day levitating humans.

Acoustic tractor beams use sound, or more specifically soundwaves, to hold particles in mid-air. While magnetic levitation also exists, acoustic levitation tends to work better for handling liquids and solids. It was previously believed that acoustic tractor beams were limited to levitating relatively small objects; only those approximately the same size as a wavelength of the sound. In fact, it was believed to be fundamentally impossible to levitate larger objects without losing stability, causing them to spin uncontrollably.

The study, to be published this week in Physical Review Letters, describes the new technique, which creates a tornado-like structure that is extremely loud but has a silent core. The researchers found that when they changed the direction of the rapidly fluctuating acoustic vortices that make up this structure, they could control the rate of rotation and stabilize the tractor beam. Once the beam was stabilized, the team could increase the size of the silent core at the center of this "sound tornado", which allowed it to hold larger objects.

Dr. Asier Marzo, the lead author on the paper from Bristol's Department of Mechanical Engineering, said that "Acoustic researchers had been frustrated by the size limit for years, so its satisfying to find a way to overcome it."

In the demonstration detailed in the study, the engineers used ultrasonic waves at a pitch of 40kHz to make up the acoustic vortices. The structure's silent core was able to hold a two-centimeter sphere made out of a synthetic polymer. The sphere is more than two times the size of the acoustic wavelengths, making it the largest object that's been stably held in a tractor beam thus far.

While it might look and feel a bit like magic, the team believes harnessing the technique could have many practical applications. Bruce Drinkwater, Professor of Ultrasonics from the Department of Mechanical Engineering, who supervised the work, said he's "particularly excited by the idea of contactless production lines where delicate objects are assembled without touching them.”

Marzo concurred, "I think it opens the door to many new applications." Some of which might include creating medical devices, like drug capsules or micro-surgical implements.

For those who are wondering about the possibility of levitating something — or perhaps, someone — a great deal larger than a two-centimeter sphere, Dr. Mihai Caleap, a Senior Research Associate who developed the simulations, added that "In the future, with more acoustic power, it will be possible to hold even larger objects. This was only thought to be possible using lower pitches making the experiment audible and dangerous for humans."

Of course, Dr. Caleap isn't saying that the simulations are proof humans could be levitated with the existing technology. What the study does show is that high pitches (far above what humans can hear) can successfully be used in acoustic tractor beams and objects larger than a sound wavelength can be stably levitated. Working with higher pitches, larger objects, and more stability, the only way for the research to go from here is up.

Read This Next
Futurism
Cute, Brainless, Self-Propelled Robots Could Someday Move Around Inside Animals
Futurism
Cooling Electrons Close to Absolute Zero Gives Us New Perspective on Quantum Mechanics
Futurism
Meet the Optical Switch That is Just a Single Atom Thick
Futurism
Using Physics, We Just Made the Ax Far More Effective
More on Robots & Machines
From the Dept. of...
12:00 AM on futurism
The Best Exercise Bikes of 2023
It's Nothing Pers...
Yesterday on the byte
Scientists Create Shape-Shifting Robot That Can Melt Through Prison Bars
From the Dept. of...
Yesterday on futurism
The Best Smart Lights of 2023
READ MORE STORIES ABOUT / Robots & Machines
Keep up.
Subscribe to our daily newsletter to keep in touch with the subjects shaping our future.
+Social+Newsletter
TopicsAbout UsContact Us
Copyright ©, Camden Media Inc All Rights Reserved. See our User Agreement, Privacy Policy and Data Use Policy. The material on this site may not be reproduced, distributed, transmitted, cached or otherwise used, except with prior written permission of Futurism. Articles may contain affiliate links which enable us to share in the revenue of any purchases made.
Fonts by Typekit and Monotype.