"Blade Runner" Was Set This Month. Where Are Our Flying Cars?

Let's compare the real November 2019 to the one imagined in "Blade Runner." 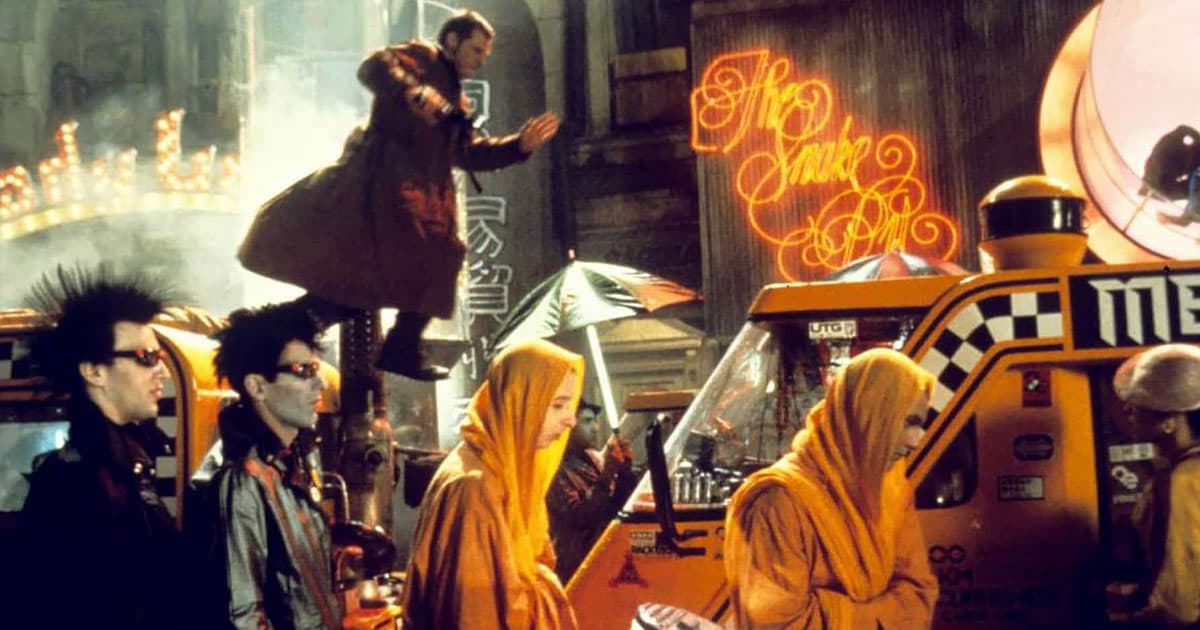 In 1982, director Ridley Scott graced the world with "Blade Runner," the cult-favorite sci-fi film noir that painted a stunning picture of a bleak, distant future: November 2019.

Since that starts, well, today, let's compare our current timeline to the one in "Blade Runner." Just please don't bring back those insufferable jokes about hoverboards that flooded the internet in 2015 when we hit the futuristic date that Marty McFly traveled to "Back To The Future Part II."

Since it's been long enough to spoil the ending, "Blade Runner" is basically about rebelling replicants: sentient, humanoid, robot-like beings that were built to labor on off-world colonies. Complete with advanced genetic engineering, artificial general intelligence, flying cars, and frequent space travel, the movie seems to have been overall a bit too optimistic when it comes to technological development.

When it comes to artificial intelligence and robotics — let's just decide that replicants are robots for simplicity — we're still stuck deep in the uncanny valley. I mean, just look at Sophia, often held up as one of the most advanced, lifelike humanoid robots out there today.

Replicants were also supposed to be the pinnacle of genetic engineering — while Blade Runner's 2019 has market-ready bionic eyes and other cool body modifications, we're stuck in the 2019 where our version of human genetic experimentation is He Jiankui, the infamous Chinese scientist who used CRISPR to tinker with the genome of literal human children.

When it comes to transportation, the actual November 2019 still appears to be decades behind the November 2019 depicted in "Blade Runner." While Harrison Ford cruised around in a flying car, we have Tesla CEO Elon Musk building pickup trucks that he says will look kind of Blade Runner-y.

Engineers are getting closer to personalized air transport, but those largely take the form of experimental flying taxis that are far from being consumer-friendly — and we also don't have cities with the infrastructure to support flying cars, so there's not that much point in building them anyway.

Traveling outside of Earth's atmosphere is equally dicey — Virgin Galactic says it's about ready for consumer spaceflight, but that really depends on how where you place the boundary between Earth and space. And of course there are no off-world colonies yet.

All in all, a quick glance at the world today shows that we're pretty far away from the futuristic world of November 2019 as imagined by Ridley Scott. Well, at least we got the whole environmental collapse part right.

Read This Next
Health Sale
Remember IBM's Amazing Watson AI? Now It's Desperately Trying to Sell It Off
From Our Partners
Enjoy Pre-Black Friday Savings On This Sterilizing Robot That Kills Viruses and Germs
From Our Partners
Get Cleaner Laundry With The Eco-Friendly Ecoegg During This Pre-Black Friday Sale
From Our Partners
Command A Mini Robot Arm With This Pre-Black Friday Deal
From Our Partners
Build A Cyberpunk Arsenal With These Robot Kits
More on Sci-Fi Visions
What is Happening
Wednesday on the byte
Elon Musk Sets His Twitter Account to Private
From the Dept. of...
Monday on futurism
The Best Humidifiers of 2023
Human v. Giraffe
Jan 24 on the byte
Chaotic Italian Fashion Line Baffles Facial Recognition Software
READ MORE STORIES ABOUT / Sci-Fi Visions
Keep up.
Subscribe to our daily newsletter to keep in touch with the subjects shaping our future.
+Social+Newsletter
TopicsAbout UsContact Us
Copyright ©, Camden Media Inc All Rights Reserved. See our User Agreement, Privacy Policy and Data Use Policy. The material on this site may not be reproduced, distributed, transmitted, cached or otherwise used, except with prior written permission of Futurism. Articles may contain affiliate links which enable us to share in the revenue of any purchases made.
Fonts by Typekit and Monotype.