Remember IBM's Amazing Watson AI? Now It's Desperately Trying to Sell It Off

It better not fall into the wrong hands... 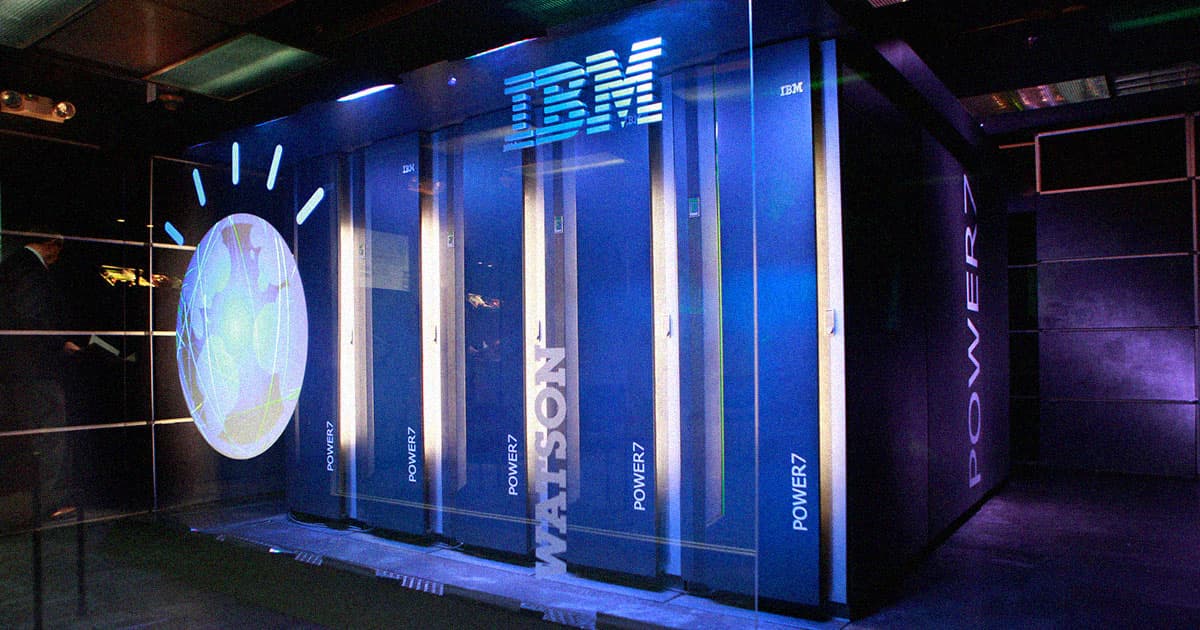 IBM's infamous Watson artificial intelligence once beat two Jeopardy champions out of $1 million. But now, Axios reports, Big Blue is putting up the healthcare portion of the much-hyped algorithm up for sale once again.

In fact, it's not even the first time that IBM has tried — unsuccessfully — to unload the project, in yet another sign that corporate expectations for AI are continuing to crash into reality.

"Health care always is going to turn out to be more subtle, as well as more regulated for the right reasons, than it is in other areas," IBM CEO Arvind Krishna said in an Axios and HBO interview last year. "And to me, that's natural. It is a decision that may impact somebody's life or death. You got to be more careful. So in health care, it turns out maybe we were too optimistic."

The sale, if it actually goes through this time, would affect millions of patients and entire government healthcare strategies.

The computer and tech corporation spent more than $4 billion acquiring multiple healthcare companies to build up IBM Watson Health. But now it's asking just $1 billion, according to Axios, meaning it's comfortable with a loss of billions.

In late 2021, IBM asked Bank of America to help find a buyer, but both companies declined Axios' recent request for comment. However, at least one strategic buyer and several private equity may have put in bids that were reportedly due yesterday.

Whoever ends up buying Watson Health Solutions will inherit a ton of responsibility. Playing games with healthcare decisions just to turn a profit isn't inspiring, and unless the right buyer comes along, there could be a ton at stake.

More on healthcare concerns: Quality of Life is Slipping Backwards in the US