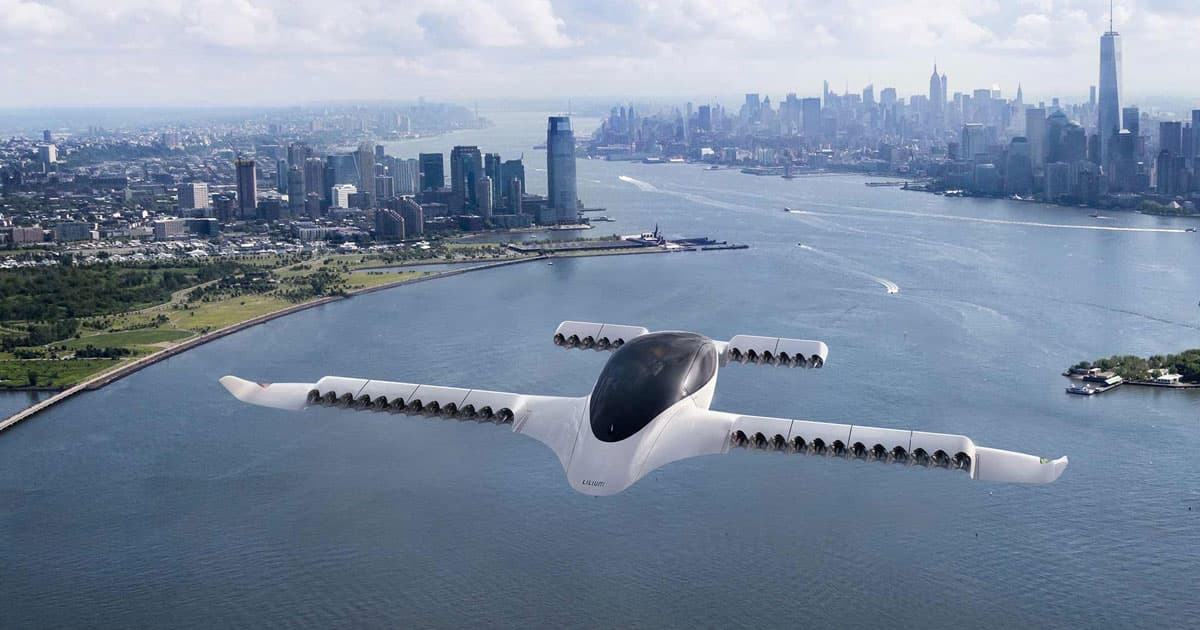 Watch a Five-Seater Air Taxi Soar Over a Beautiful Countryside

Next up: high speed operations.

Next up: high speed operations.

In May, German startup Lilium released footage of its five-seater jet's maiden flight. But "flight" might have been a bit generous — in the clip, the air taxi lifts straight up and right back down again.

In the minute-long video Lilium released on Tuesday, the remotely controlled air taxi takes off vertically before accelerating forward for what looks to be a casual sunset jaunt over a pastoral countryside.

Now that the craft has completed its first phase of flight testing, which involved more than 100 different ground and flight tests, the company is looking ahead to what's next, according to a press release shared alongside the video.

"We are now moving into a critical stage of testing as we prepare for high speed operations and eventual certification by the relevant authorities," Leandro Bigarella, Lilium's Head of Flight Test, said in the release.

That would mean passengers could catch a flight in Los Angeles and be in San Diego in less than 45 minutes — a trip that would take more than two hours by car, not counting traffic.