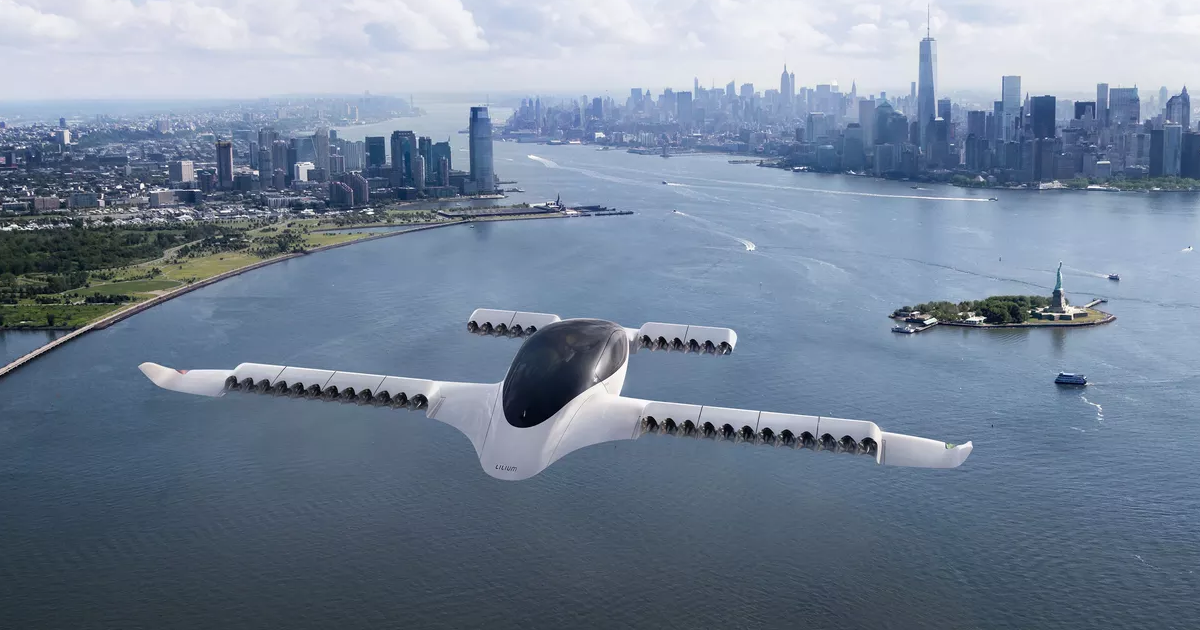 German startup Lilium doesn't just want to fly you around in an air taxi — it wants to fly you and your squad.

While many companies in the same space have focused on developing flying cars with just two seats, the startup has spent the past two years working on the Lilium Jet, an air taxi that seats five.

And the effort seems to have paid off, because the company just shared a video of the craft's maiden voyage — a stunning sign that we're inching closer to a future in which flying cars soar through our skies.

The maiden flight didn't test either of those limits — in the video, the craft lifts straight up into the air and straight back down — but it did mark a major milestone along Lilium's path to an expected 2025 launch of its on-demand air taxi service in cities across the globe.

"We dream of a world where anyone can fly wherever they want, whenever they want," Lilium co-founder and CEO Daniel Wiegand said in the press release. "We’ve invested a tremendous amount of thought and care into designing an aircraft and a service that will let us deliver this, meeting society’s demands for urban air travel that is quiet, safe, and environmentally positive."

HIV Vaccine
Scientists Hopeful About Promising Results From HIV Vaccine
Friday
Read More
Health Revelation
Chris Hemsworth Reveals Grim Genetic Test Results, Will Take Break From Acting
Nov 22
Read More
PDA
Elon Musk Is Faving Posts on Twitter That Are Making Our Skin Crawl With Embarrassment
Nov 9
Read More
+Social+Newsletter
TopicsAbout UsContact Us
Copyright ©, Camden Media Inc All Rights Reserved. See our User Agreement, Privacy Policy and Data Use Policy. The material on this site may not be reproduced, distributed, transmitted, cached or otherwise used, except with prior written permission of Futurism. Articles may contain affiliate links which enable us to share in the revenue of any purchases made.
Fonts by Typekit and Monotype.