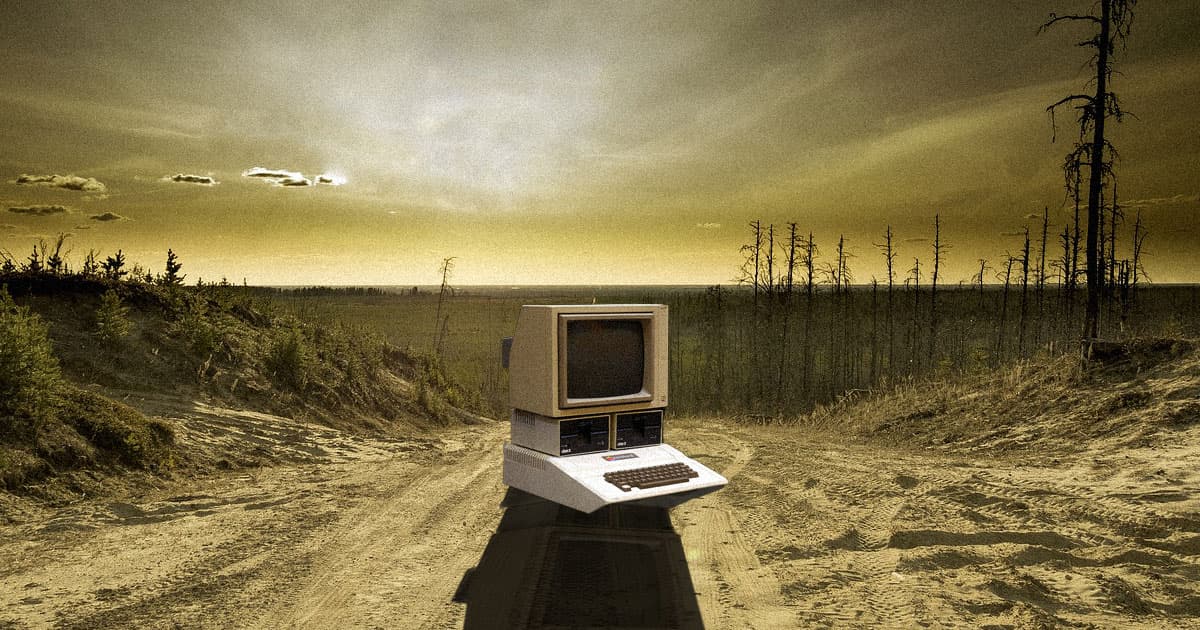 Someone Built an OS for Computers Salvaged After the World Ends

I don't remember this from "Mad Max."

I don't remember this from "Mad Max."

When the end of the world comes, how will you tweet?

Thankfully for those of us who didn't have a plan ready, Motherboard reports, software developer Virgil Dupras built an operating system — Collapse OS — that can be run on parts salvaged from a post-apocalyptic hellscape. The idea is to find ways to keep civilization from having to start from scratch when everything falls apart around us.

Dupras believes that when society collapses and consumer electronics aren't readily available, those with the materials and know-how to rebuild and program their own will have an upper hand.

He built Collapse OS to run on parts that he suspects will be readily available to scavengers, and also programmed the operating system to be self-assembling and self-contained to make it easier to get up and running with makeshift machines.

The odds the operating system will help anyone are slim. It's perfect for an apocalypse where we can't use modern consumer electronics, but also that's not quite so catastrophic that everyone is too busy fighting Thunderdome-style over the last sliver of food to care about computers.

"I'm doing this to mitigate a risk that I think is real," Dupras told Motherboard. "Not inevitable, but likely enough to warrant a modest effort."

More on operating systems: The “Google of China” Is Releasing a Self-Driving Operating System for Free

Brands We Love
Put Music at Your Fingertips With a Lifetime Subscription to Pianu Pro
10. 9. 20
Read More
Brands We Love
Unlock A Universe Of Programming Jobs By Learning Linux
8. 6. 20
Read More
Brands We Love
Learn The Coding Skills You'll Need to Land Your Next Job With These Online Classes
5. 14. 20
Read More
+Social+Newsletter
TopicsAbout UsContact Us
Copyright ©, Camden Media Inc All Rights Reserved. See our User Agreement, Privacy Policy and Data Use Policy. The material on this site may not be reproduced, distributed, transmitted, cached or otherwise used, except with prior written permission of Futurism. Articles may contain affiliate links which enable us to share in the revenue of any purchases made.
Fonts by Typekit and Monotype.