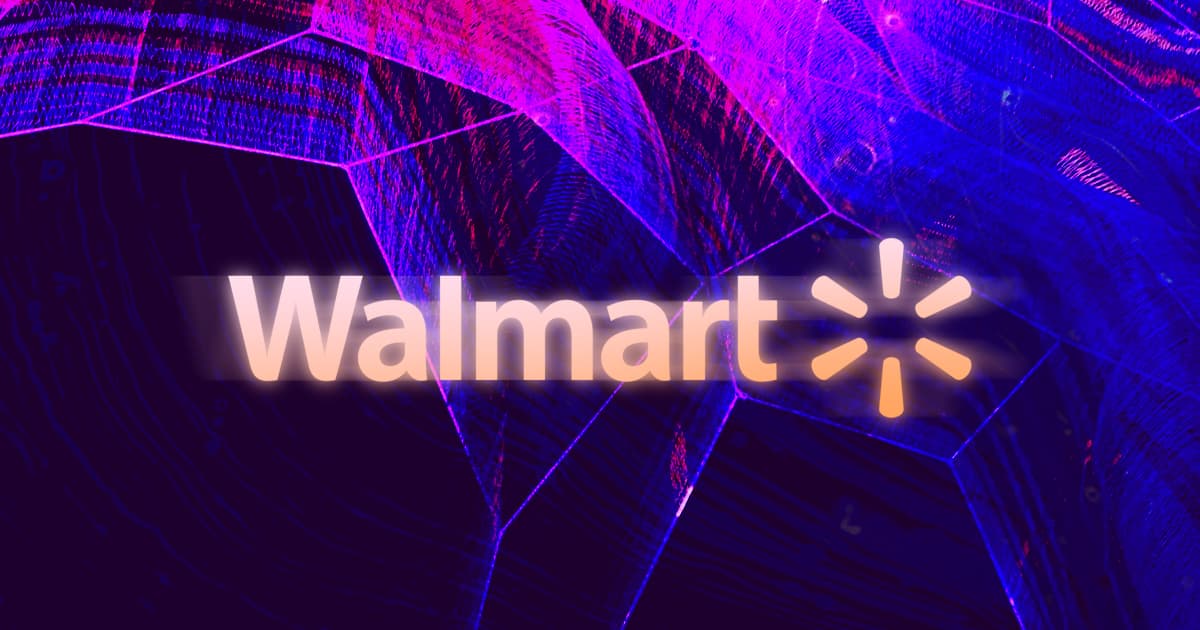 Walmart Patents a System for Listening to Every Sound in Stores

The future of retail just got a little creepier.

The future of retail just got a little creepier.

Walmart's latest patent is a device that eavesdrops on employees and customers alike, hearing every interaction, plastic bag rustle, and register noise — and it's evaluating.

The patent, originally filed earlier this year, was granted to the retail giant earlier this week. Described within is a system capable of using audio data captured by sound sensors to determine a variety of performance metrics for employees. It also listens for noises made by shoppers in order to determine things like queue length at checkouts and how many bags are used during transactions.

Not only is the proposed system capable of determining things like how many people are in a line, based on the distance between noises made by guests, or the number of products purchased, based on register beeps, but it also listens to interactions between employees and customers. The recorded interactions could be used in any number of ways, including to determine what products customers might be talking about in real-time.

All of this would allegedly be used to automatically evaluate employee performance and generate a performance evaluation for each individual employee. According to the patent, "Employee efficiency and performance can help decrease costs for a shopping facility as well as increase guest satisfaction. Tracking performance metrics for employees to ensure that the employees are performing their jobs efficiently and correctly can aid in achieving these cost savings and increases guest satisfaction."

The concept of tracking employees and shoppers within stores isn't relatively new. Cashier-less stores like Amazon Go have been using similar systems to automatically charge shoppers for purchases without the need for checkout lines. But Walmart's patent is vaguely open-ended and includes a notification that the system could be altered in any number of ways, including to listen in on shopping activity throughout the store.

Walmart has a history of patenting technology that simultaneously teases the future of retail while also reminding us of an episode of Black Mirror. New monitoring and evaluation systems do offer a way to more effectively improve performance of a store as system. In a year where employees increasingly pressured businesses to pursue certain directions the question becomes, where might employees, and shoppers, draw the line?

READ MORE: Walmart secured a patent to eavesdrop on shoppers and employees [The Verge]

More on Walmart technology: Walmart Wants to Use AI to Track Everything Happening in Its Stores

Senator Says There's a Secret Program Spying on Americans' Money Transfers
3. 8. 22
Read More
Feds Watchin
The Head of the CIA Says It's Been Doing Mysterious Cryptocurrency Work
12. 8. 21
Read More
From Our Partners
Draw Out Evidence From Data With This Complete Big Data Bundle
10. 23. 21
Read More
+Social+Newsletter
TopicsAbout UsContact Us
Copyright ©, Camden Media Inc All Rights Reserved. See our User Agreement, Privacy Policy and Data Use Policy. The material on this site may not be reproduced, distributed, transmitted, cached or otherwise used, except with prior written permission of Futurism. Articles may contain affiliate links which enable us to share in the revenue of any purchases made.
Fonts by Typekit and Monotype.