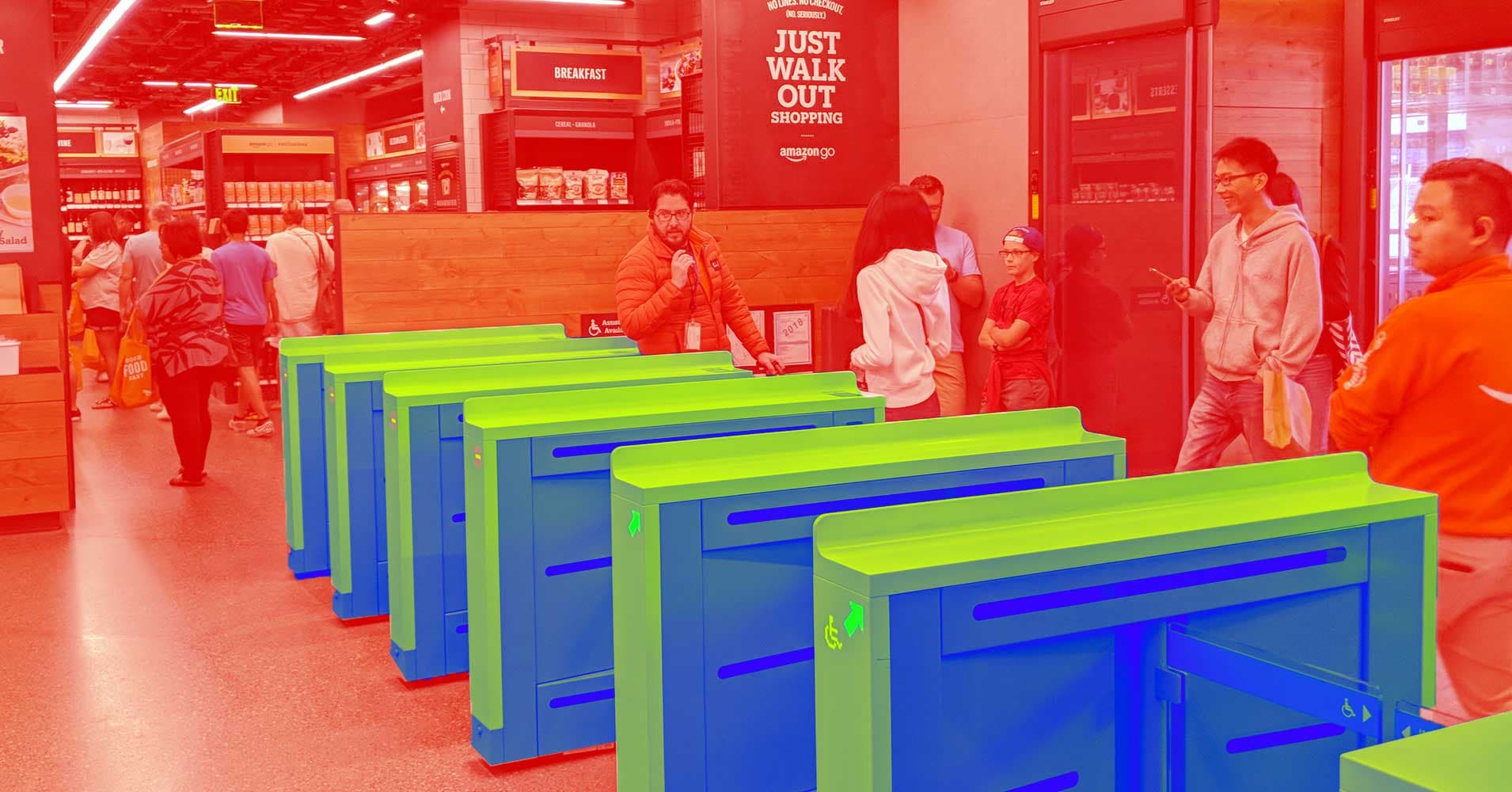 Amazon Is Testing Its Cashierless Tech in Big Box Stores

Stores without checkout lanes are here to stay.

Stores without checkout lanes are here to stay.

The future of shopping is already here: at Amazon’s seven recently-opened Go stores spread across the U.S. you can simply walk in, grab a sandwich, and walk back out — without the risk of getting accused of shoplifting.

So far, Amazon’s cashierless technology is limited to those seven convenience stores. But according to the Wall Street Journal, the company is testing similar technology in a much larger space in Seattle — a clue that the online shopping giant might next aim to disrupt the big box model of Walmart or Target.

The Future of Retail

The system behind Amazon’s cashierless Go stores detects when a shopper picks up a particular item using a sophisticated array of cameras and sensors powered by artificial intelligence algorithms.

Amazon already has the real estate to make use of the technology: it acquired the grocery chain Whole Foods back in 2017, including all its storefronts. It’s not clear whether Amazon intends to roll out Go-style tech at Whole Foods.

Amazon isn’t the only company trying to make use of cashierless technology inside retail stores. Walmart’s Sam’s Club brand is also opening a cashierless store in Texas — although customers will still have to use a proprietary app to scan merchandise as they shop.

We will likely see more cashierless stores in the near future.

But that also means tech giants like Amazon will be collecting even more data about us — our highly detailed shopping habits, and even what we wear in the store. Whether that data will eventually be used for good is a much bigger question.

More on cashierless stores: Amazon’s Cashier-Free Stores Are Going National. And It Might Just Change the Future of Retail.