Autonomous Robot Bees Are Being Patented by... Walmart?

Oddly enough, this isn't the first farming patent the retail giant has filed. 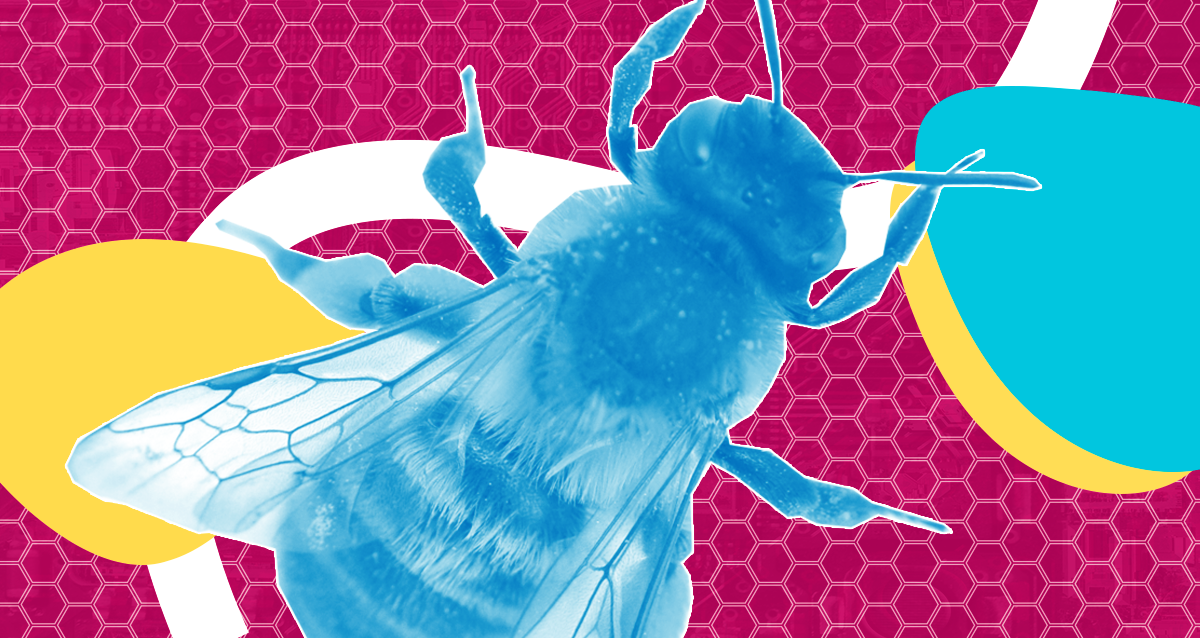 Walmart has just filed a patent for autonomous, robot bees. Yes, that Walmart — and no, you didn't slip into another, stranger dimension. The mega-corporation's patent specifically covers "pollination drones." These tiny robots could act just like bees, pollinating crops autonomously.

The robot bees would operate using sensors and cameras to help them navigate to crops. Flying around autonomously, these drones could potentially pollinate as effectively as the real thing.

Oddly enough, this is not the only farming patent that Walmart has filed recently. According to CB Insights, this is only one of six Walmart patents for farming drones that would do everything from monitor crop damage to spray pesticides. Incorporating autonomous robots into farming could cut costs and increase agriculture efficiency.

The thing that's so puzzling about this move is: why Walmart?

The retailer hasn't publicly commented on the patents yet, so the reasons behind Walmart's sudden interest in farming drones has to be left up to interpretation. Yet since many Walmart locations do carry produce, it's possible that the company is looking to gain more control of the food it's selling. Perhaps by taking such a significant role in agriculture, the company will be able to improve quality and cut costs.

This seems like a sound explanation, especially since Walmart has decided to expand its grocery delivery service. According to a patent filed by the company in January, this service will allow shoppers to accept or reject produce. While such a service has potential to rake in serious business for Walmart, it also means they will need to step up the quality of their produce. Hence, potentially, the robo-bees.

Meanwhile, honeybee populations are dying, and we can no longer take pollination for granted. These small creatures are the backbone of agriculture and the food that we eat. While scientists work to better understand declining pollinator populations, and hopefully come up with solutions, these Walmart farming drones could keep agriculture, and fresh produce, alive.

Read This Next
Futurism
People Are Refusing to Use Self-Checkout Because It'll "Kill Jobs"
Futurism
With No Legislation Imminent, Companies Are Stepping in to Limit Access and Visibility of Guns
Futurism
Walmart Is Testing a New Service That Brings Groceries Straight to Your Fridge
Futurism
The World's Largest Retailer Is Partnering with Google in an Effort to Beat Amazon
Futurism
Walmart is Using Blockchain to Find Contaminated Food Sources
More on Future Society
Bird Crap
Feb 4 on the byte
It Looks Like Elon Musk Is Actually Building a Twitter Payment Platform
Balloon News
Feb 3 on futurism
China Says "Spy Balloon" Soaring Over America Is Completely Innocent
Down in Flames
Feb 1 on the byte
Elon Musk Apparently Thinks Twitter Is a "Flaming Dumpster Rolling Down the Street"
READ MORE STORIES ABOUT / Future Society
Keep up.
Subscribe to our daily newsletter to keep in touch with the subjects shaping our future.
+Social+Newsletter
TopicsAbout UsContact Us
Copyright ©, Camden Media Inc All Rights Reserved. See our User Agreement, Privacy Policy and Data Use Policy. The material on this site may not be reproduced, distributed, transmitted, cached or otherwise used, except with prior written permission of Futurism. Articles may contain affiliate links which enable us to share in the revenue of any purchases made.
Fonts by Typekit and Monotype.