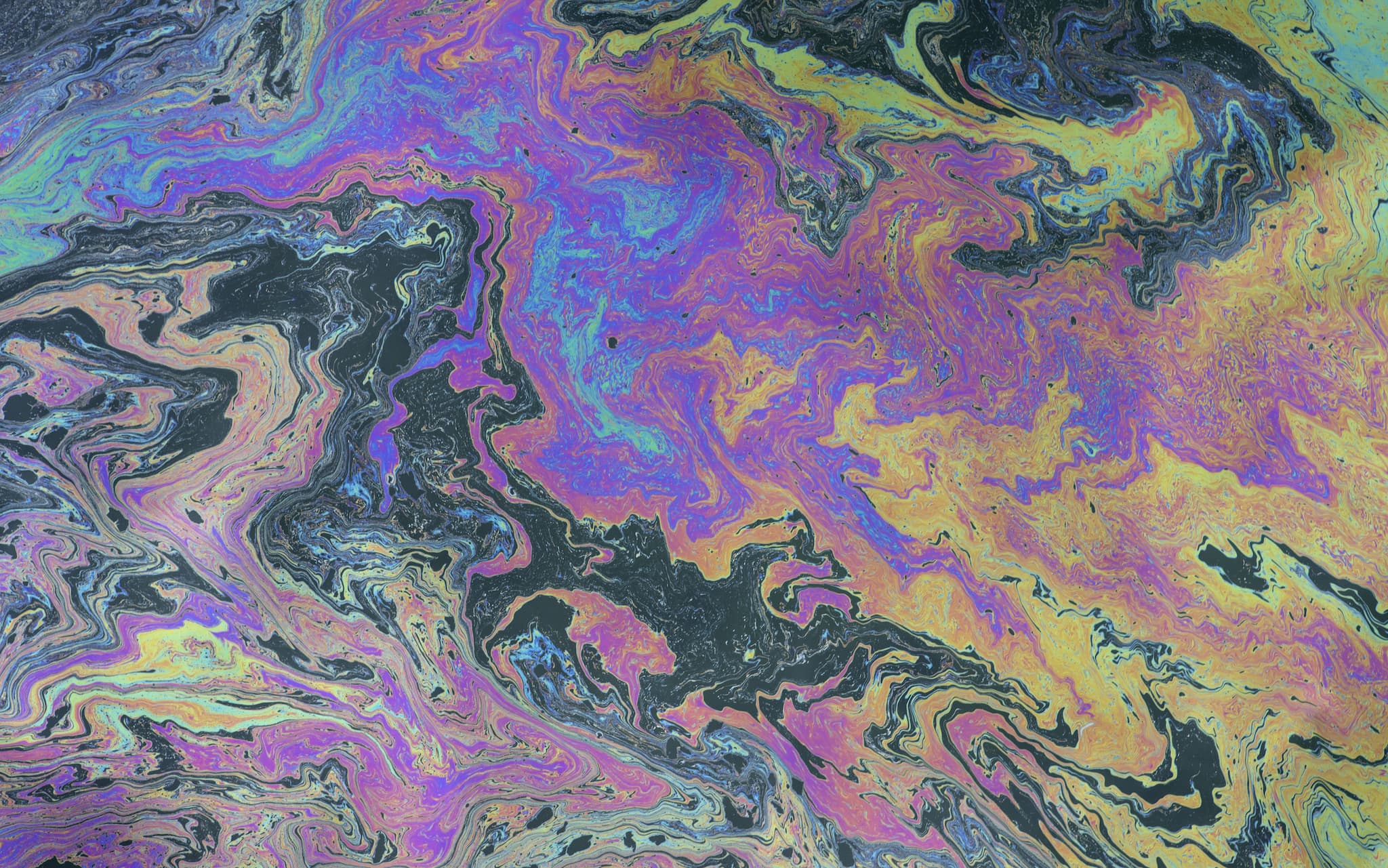 Each week, Abundance Insider gives you a look at the most notable scientific discoveries and technological breakthroughs that are transforming our world. Want to learn more? Simply click the links provided for the full rundown. Send any tips to our team by clicking here, and be sure to subscribe to Abundance Insider.

What it is: A robotic kitchen assistant named Flippy developed by Miso Robotics recently completed its first day of cooking burgers at the CaliBurger fast food chain. The AI software was built for adaptability, so it can be trained to help with other mundane, dirty or dangerous tasks in commercial kitchens. The robot's onboard cameras and sensors help the robot determine when the burger is ready to place on a bun and hand off to a human worker to add condiments. Miso Robotics aims to install Flippy robots in 50 restaurants by the end of 2019.

Why it's important: One of the top five anticipated robotics breakthroughs in the next two years mentioned by Rethink Robotics CTO Rodney Brooks is the widespread availability and uptake of collaborative robots -- robots designed to safely assist and augment humans in executing specific tasks. Similar to Rethink Robotics' Baxter robot featured in last week's Abundance Insider, Flippy is an excellent example of how robotics, sensors and AI will transform the quick-service and fast food industry segments. Join the Discussion

What it is: Researchers from the Argonne National Laboratory developed a polyurethane foam-based sponge that can collect oil from bodies of water. The interior surface of the sponge uses its oleophilic molecules to draw oil out of water -- and to ensure the oil molecules stuck to the sponge, researchers infused metal oxide with nanostructures to act as a primer. As a result of this technique, the sponge can absorb up to 90 times its weight in oil, and can even be used again after the oil is wrung out. Argonne is actively seeking a licensing or collaboration agreement to commercialize and market the material in under five years.

Why it's important: Today's oil spill cleanup methods present a myriad of issues when removing oil from beneath the water's surface. Instead of having to use chemicals in the water in trickier removal situations, the durability and multi-use nature of the Oleo sponge could be the clean, efficient solution to fight devastating spills. The application of these novel materials could greatly improve harbor maintenance and oil spill response in the future. Join the Discussion

Cars Could Soon Be Running On BioFuels Derived From Wastewater

What it is: Water management company Aqualia and a car manufacturer called SEAT are working together on a project called Life Metha-morphosis, which aims to create a sustainable fuel from treated organic waste that can power compressed natural gas (CNG) cars. The primary focus is producing biomethane, a biofuel that we've already seen power homes and buses. Using a process called anaerobic digestion (AD), bacteria break down solid waste from the water to convert it into collectable biomethane. Two prototypes are currently being built for this task -- UMBRELLA, which will be installed at a sewage treatment plant in Barcelona, and METHAGRO, which will operate at a plant dealing with animal manure. The team believes a mid-sized plant could treat about 10,000 cubic meters of wastewater per day to create 1,000 cubic meters of biomethane -- which would be enough fuel for 150 vehicles traveling 62 miles a day.

Why it's important: Evidence of the energy breakthroughs enabled by the convergence of experimentation, technology and deeper understanding of bacteria and biological processes. CO2 emissions from CNG cars would be cut by up to 80 percent as a result of running on biomethane compared to gasoline-powered cars. This project also bolsters Spain's contributions toward a future of abundant, efficient and renewable energy. Join the Discussion

What it is: Scientists from the Hong Kong Baptist University (HKBU) recently developed lip-reading software that may eventually be able to replace all typed or fingerprint-based passwords. The security software would ask the user to speak or mouth a password into a device's camera, and recognition software would grant access once it reads the user's lips. The team's lead scientist, Cheung Yiu-Ming, believes lip movement is more secure than biometric security (fingerprint authentication), as modern learning systems can accurately distinguish the difference between two people saying the same password. The lip-reading software received a U.S. patent in 2015, and may be available for use in the near future.

Why it's important: As proven by LipNet's lipreading model, the future applications of lipreading AIs are profound. The initial use for this new lipreading software may be for login passwords, but it could also greatly improve other secure events, such as financial transactions made at an ATM. The forgotten passwords and "stolen" fingerprints of today could very well be replaced with the dynamic characteristics of our own lip motions. Join the Discussion

What it is: Anne Meyer at the Delft University of Technology in the Netherlands has modified a 3D printer to print bacteria that consume graphene oxide. A cellular gel is printed onto a calcium ion layer, fixing the bacterium in place and creating precise configurations in circuits as the bacteria reduce the graphene. By making some areas conductive and others not, this could lead to circuit design or other novel configurations, creating many of the properties of graphene at a significantly lower cost. This method can also be applied to other materials, such as substances found in lunar dust, which researchers are already contemplating as a means of creating electronic circuits in space. (In fact, bacteria is already turning silica into silicon and iron oxide into iron in replica lunar soil.)

Why it's important: We've written extensively about the strength, conductivity and flexibility of graphene; so far, however, it has been difficult to produce, requiring either extreme heat or powerful chemicals, which drives high costs and environmental hazards. This novel combination of 3D printing, biology, synthetic genomics and materials science illustrates the value in routinely looking for convergences in exponential technologies across disciplines and industries. Join the Discussion

What it is: Microsoft has licensed patents to Toyota, including tools to store and transfer files, artificial intelligence, cybersecurity, and technologies to predict when cars might need maintenance, anticipate routes based on calendars, and more. The move builds on an earlier partnership between Microsoft and Toyota, Toyota Connect, which is focused on bringing new tech to cars without overwhelming drivers and drives Toyota's research in AI and robotics.

Why it's important: Whether simply Internet-connected or autonomous, cars have become a software-driven enterprise. All the major players, from Microsoft to Intel, Google, Qualcomm, NXP and more, are leveraging massive opportunities to provide hardware, software, and expand their current core offerings such as Azure and Skype. As an intermediary to fully autonomous vehicles, expect continued improvements in connectivity to change user behavior, which will ease the transition to an autonomous future. Join the Discussion

What it is: Researchers at ETH Zurich and IBM Research Zurich have built a new type of tiny redox flow battery that will supply tightly packed electronic components with energy. At just 1.5 mm thick, the chips can be stacked, saving space and energy, and supplied and cooled at the same time. The battery is also quite efficient, producing a record 1.4 watts per square centimeter. To address the challenge of creating an efficient structure for flow of the electrolyte while keeping pumping power low, researchers turned to 3D printing to create polymers and complexity at such small sizes.

Why it's important: Cooling is a huge cost in data centers and electronics, due to the energy to run fans and A/C and the space requirements around chips and bare metal. Once perfected, look for this type of stackable chip to lead to smaller -- or at least more efficient -- data centers, and more powerful smartphones and wearables. Join the Discussion

What it is: Due to acute stress and normal aging, some cells become damaged. Apoptosis normally removes them from the body, but some remain, becoming senescent, unable to divide but producing pro-inflammatory compounds that can accelerate aging. How senescent cells escape apoptosis is not yet entirely clear, but researchers here have added to that understanding and created a protein peptide capable of inhibiting the rexpression of FOXO4, a gene disproportionately expressed in sensescent cells. This neutralized the effects of chemotherapy (an acute stress), restored fur density, fitness, and renal function in fast-aging and naturally aging mice. Some mice were able to increase their distance runs by 200% to 300%.

Why it's important: From stem cell treatments to organ replacements, early cancer detection, and therapies to remove cellular "junk" such as we see with this research, there are many parallel tracks working to extend the healthy human lifespan. As healthcare digitizes, this will accelerate even further; eventually, we'll see entirely new business models and new ways of thinking about healthcare. Join the Discussion

Read This Next
Okay Then
Millionaire Refurbishing Cold War Radar Unit to Hunt UFOs
Button Mashing
Dystopian Startup Wants to Hang Your Furniture From The Ceiling
Futurism
Experts Answer: Who Is Actually Going to Suffer From Automation?
Futurism
CES 2018: Most Absurd Technologies To Come
Futurism
CES 2018: Five Things to Expect From This Year's Biggest Tech Show
More on Future Society
Gas Giant
Yesterday on the byte
Journalist Eats Lab-Grown Chicken, Gets "Weirdly Gassy"
Musk Rats
Thursday on the byte
Twitter Is Quietly Re-Suspending the Lunatics Elon Musk Let Back On
Going Wireless
Wednesday on futurism
Hackers Took Over a Subdomain of Wired.com for Several Months and Replaced It With Sleazy Online Casino Content
READ MORE STORIES ABOUT / Future Society
Keep up.
Subscribe to our daily newsletter to keep in touch with the subjects shaping our future.
+Social+Newsletter
TopicsAbout UsContact Us
Copyright ©, Camden Media Inc All Rights Reserved. See our User Agreement, Privacy Policy and Data Use Policy. The material on this site may not be reproduced, distributed, transmitted, cached or otherwise used, except with prior written permission of Futurism. Articles may contain affiliate links which enable us to share in the revenue of any purchases made.
Fonts by Typekit and Monotype.