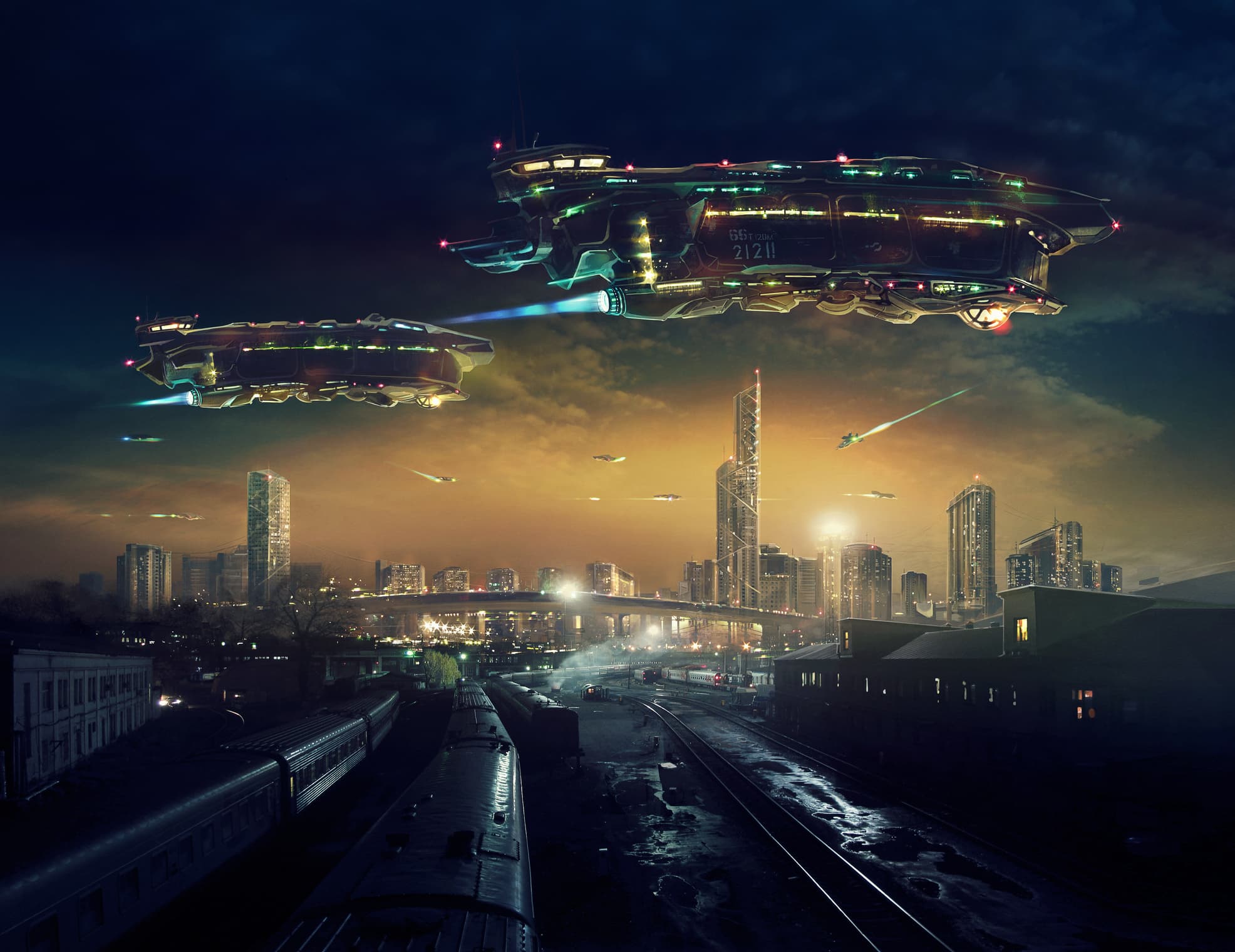 Each week, Abundance Insider gives you a look at the most notable scientific discoveries and technological breakthroughs that are transforming our world. Want to learn more? Simply click the links provided for the full rundown. Send any tips to our team by clicking here, and be sure to subscribe to Abundance Insider.

What it is: In Tampa, Florida, UPS recently tested flinging a drone from the back of a delivery truck to save human drivers the trouble of parking their trucks and physically delivering packages to each recipient's doorstep. Driver Sid Perrin placed the package in the drone, used a touchscreen command to deploy the drone, and watched from the truck as the drone made its delivery, reentered the UPS truck, and plugged itself into its charger. UPS is currently working with the FAA to make package-delivering drones a reality in the near future.

Why it's important: We've been tracking package-delivering drones closely in Abundance Insider. With major logistics companies like UPS initiating experiments alongside disruptive startups, it's only a matter of time before robotic couriers are commonplace.

What it is: AT&T has teamed up with GE to launch its Smart Cities Program, and it's starting in San Diego, California. GE will install over 14,000 LEDs to reduce energy costs and 3,200 "CityIQ" sensor nodes with cameras, microphones and other sensors, with AT&T providing connectivity. As part of its M2X Internet of Things platform, AT&T's vision is to provide a range of data and analytics on top of the sensors, from traffic monitoring and parking optimization to gunshot detection, air quality monitoring and weather.

Why it's important: The cost and size of sensors have dropped significantly, while data resolution and performance have increased exponentially. Look for more Smart City projects to launch as network carriers begin to feel pressure from ubiquitous wifi and broadband demand, and cities explore additional revenue streams from licensing the data.

What it is: A team led by Stephanie Malek at the University of Pennsylvania has designed a metamaterial that can create a holographic image. Metamaterials interact with electromagnetic waves in unique ways, distorting light and leading to applications such as materials with negative refraction, super-resolution, and even invisibility cloaks. Building on that foundation, the team created an array of gold nanorods embedded in a flexible film. Not only was the team able to create a hologram, but by stretching the material, they were also able to alter the size and number of images.

Why it's important: We now have VR and AR headsets, coupled with advances from multiple directions in holographic images. As advances in materials science continue, and next-generation materials find applications in optics and display generators, we enable a mixed reality universe.

Neural Network Learns to Synthetically Age Faces, and Make Them Look Younger, Too

What it is: In France, Grigory Antipov from Orange Labs and two friends have created two complementary deep learning machines to alter the perceived ages of photographed faces and ensure those synthetically aged faces still look sufficiently recognizable. Using a training set of 5,000 images from IMDB and Wikipedia, and later tested on another 10,000, the Age Conditional Generative Adversarial Network (GAN) achieved about 80% accuracy. Several deep learning algorithms already exist to artificially age (or reverse the age) of photographed faces, but a key challenge has been retaining the original identity as the algorithm makes changes. The second adversarial algorithm addresses this by analyzing all computer-modified images and rejecting those that don't resemble the original photographed face.

Why it's important: More evidence of the computing power available to researchers and DIY innovators. When mixed with other technologies like virtual reality, this algorithm could even be used to inspire empathy. (Case in point: In November, we featured research by Jeremy Bailenson's Stanford VR lab in which participants allocated twice as much money to their retirement savings when they were greeted by their "future self" in VR versus when they were greeted by a present-day image.)

What it is: SpaceX recently announced that two private citizens have been chosen to fly around the Moon in 2018. After SpaceX completes four upcoming missions to the International Space Station, it will send the duo on an unforgettable trip in a Dragon 2 capsule powered by the still-in-design Falcon Heavy rocket.

Why it's important: This Moonshot marks tremendous progress in the commercial space industry. If successful, the milestone would generate new opportunities for space entrepreneurs, investors, researchers, and travelers.

Child Too Sick for School Long-Term? Send One of These Robots Instead

What it is: Norwegian company No Isolation has developed a robot named AV1 that can go to school in place of a child who suffers from long-term illnesses that prevent them from attending class. The robot comes with a camera, microphone and built-in speaker, and it can move and rotate enough to capture the entire room on camera. Light-activated eyes illuminate once the child is connected to the robot, and the top of the robot even lights up to signify when the child wants to raise his or her hand -- all controlled by the child from an app. The company currently has active units in seven countries in the Nordics and Baltic, thanks to support from partners like The Children's Cancer Society and Atea.

Why it's important: The convergence of robotics and technology will revolutionize how we educate the next generation. In Peter's blog on the future of education, he mentions the importance of nurturing optimism and an abundance mindset in today's competitive world. Kids suffering from long-term illnesses can often have more pressures than most, as they must also contend with the impact of missing days in the classroom. What happens to a child's creativity, confidence and motivation when he or she can engage with classmates and experience a typical school day through a friendly-looking robot?

What it is: Researchers from Stanford University recently developed a more environmentally friendly alternative to mining raw uranium for nuclear power: extracting oceanic uranium from seawater. The team collected supplies of uranyl, a compound formed once uranium comes in contact with oxygen from the ocean, by using a pair of carbon electrodes coated with the compound amidoxime. Their method pulled three times as much uranyl in 11 hours than when they used an amidoxime-coated brush.

Why it's important: Nuclear power is controversial; however, as the Stanford researchers note, uranium from seawater would give us thousands of years worth of energy, which makes it a compelling option to enable energy abundance. "We need nuclear power as a bridge toward a post-fossil-fuel future," said Stanford professor Steven Chu, a Nobel Prize-winning physicist and co-author of the Nature Energy article that accompanied the team's research. "Seawater extraction gives countries that don't have land-based uranium the security that comes from knowing they'll have the raw material to meet their energy needs."

What it is: The nonprofit Freshwater Trust has created a data analysis tool named BasinScout that can help identify low-cost water restoration solutions. The tool integrates data about vegetation near waterways, including the amount of sunlight, soil type, slope of land, crops nearby, and a number of other factors. BasinScout then creates a map that color-codes areas where trees could have the most impact as a cooling mechanism for cold-blooded fish. The U.S. spends around $38 billion on freshwater health and restoration each year, and Freshwater Trust believes the funds could be spent much more effectively using data. In the future, the nonprofit sees people using this tool to inform real-time decisions.

Why it's important: As Peter often says, there's gold in your data. And as researchers collect more environmental data thanks to better sensing capabilities -- and increasingly more powerful tools to mine that data, thanks to advancements in processing power and artificial intelligence -- we'll be able to generate faster, better, cheaper, easier and more sustainable solutions to nearly any problem.

Read This Next
Singularity Thoughts
Neuralink Co-Founder Predicts That Humanity Will Get "Wrecked"
Futurism
Crime-Fighting AI Put a Guy in Jail for a Year With Little Evidence
Bot Versus Bot
A Bot Made Frank Sinatra Cover Britney Spears. YouTube Removed It Over Copyright Claims.
Brands We Love
Allianz Explorer Series Is Taking NYC on a First-Class Ride to a Sustainable Future
Lowkey Robot Takeover
New Futurist Fear: "Economic Singularity" Could Kill Jobs Forever
More on Future Society
Rough
Yesterday on futurism
Elon Musk's Twitter Is Reportedly Failing Miserably to Contain Horrific Child Abuse Content
YouTube Propaganda
Yesterday on the byte
Experts Say There's Something Very Weird About North Korean YouTubers
Bird Crap
Feb 4 on the byte
It Looks Like Elon Musk Is Actually Building a Twitter Payment Platform
READ MORE STORIES ABOUT / Future Society
Keep up.
Subscribe to our daily newsletter to keep in touch with the subjects shaping our future.
+Social+Newsletter
TopicsAbout UsContact Us
Copyright ©, Camden Media Inc All Rights Reserved. See our User Agreement, Privacy Policy and Data Use Policy. The material on this site may not be reproduced, distributed, transmitted, cached or otherwise used, except with prior written permission of Futurism. Articles may contain affiliate links which enable us to share in the revenue of any purchases made.
Fonts by Typekit and Monotype.