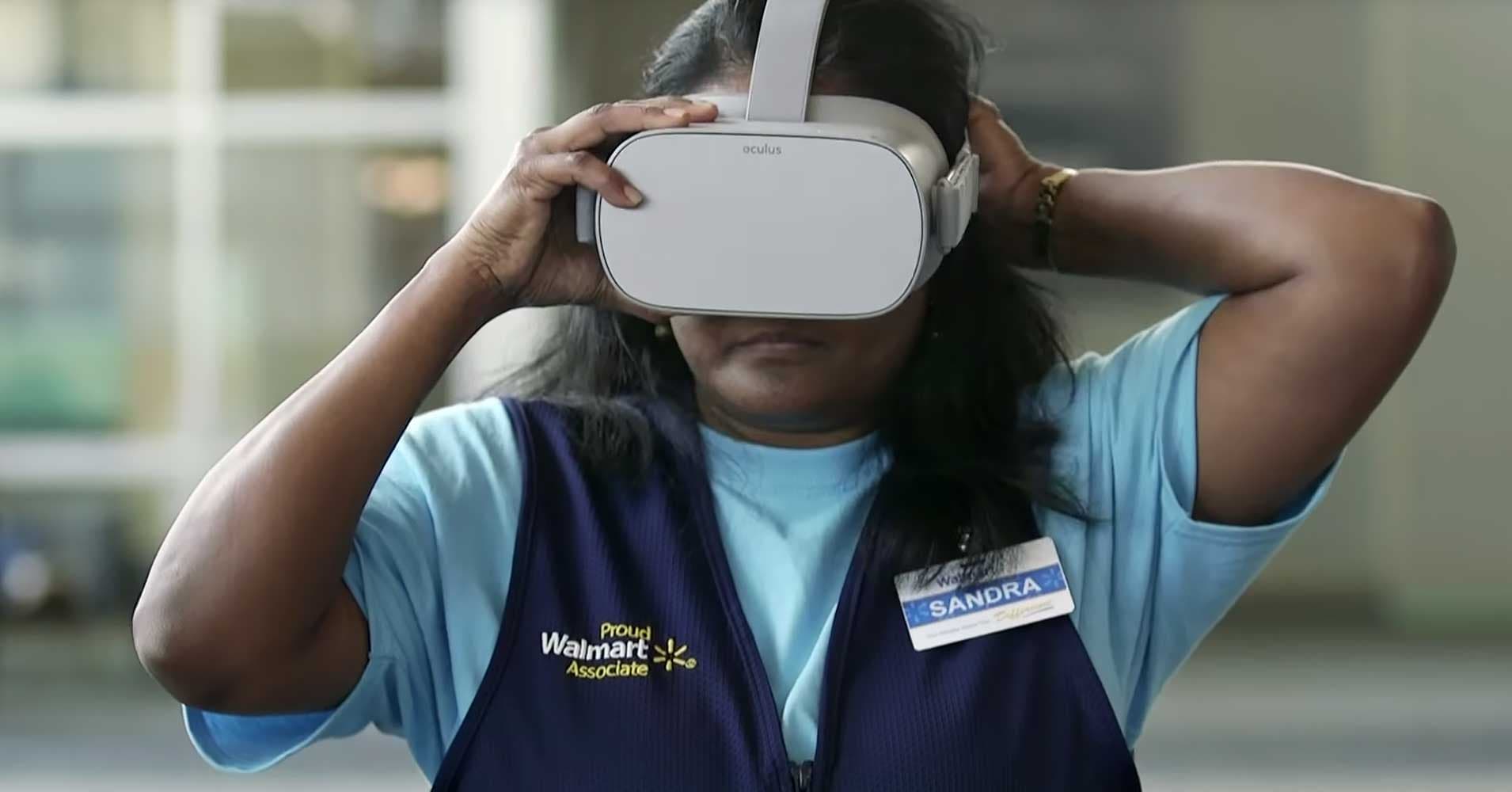 Walmart Used VR to Prepare Its Workers for Black Friday

The retailer claims VR training improves retention of new information by up to 15%.

The retailer claims VR training improves retention of new information by up to 15%.

How do you train 1.2 million employees for an event that only happens once a year? If you’re Walmart, you ask them to strap on a virtual reality headset.

According to a new Vox story, the retail giant has established 200 VR training academies where employees can don Oculus Go headsets to get a feel for various scenarios they might face while on the job. One of those scenarios: the chaos of Black Friday, the day after Thanksgiving and the busiest shopping day of the year in the United States.

In the Black Friday VR training demo, employees find themselves in the middle of a Walmart packed with customers. The shoppers pass by in all directions, casting glances at the employee while pushing their merchandise-filled carts.

A training facilitator can pause the action, giving the trainee time to ask or answer questions about the scene unfolding around them.

The idea is that the VR experience will help Walmart workers mentally prepare for the consumer chaos of Black Friday. However, that’s not the only scenario Walmart employees can prep for in VR. Other training clips teach them how to quickly identify mistakes on shelves, how to properly clean up spills, and how to organize a store’s produce section.

According to Walmart’s research, employees retain 10 to 15 percent more information when they train in VR compared to the old-school training combination of videos, classroom work, and online demonstrations. It’s not surprising, then, that the company recently purchased 17,000 Oculus Go headsets — enough to place at least two headsets in 4,700 of its U.S. stores.

So, if you come across a particularly helpful Walmart employee while getting a jump start on your holiday shopping this Black Friday, you could have VR to thank.