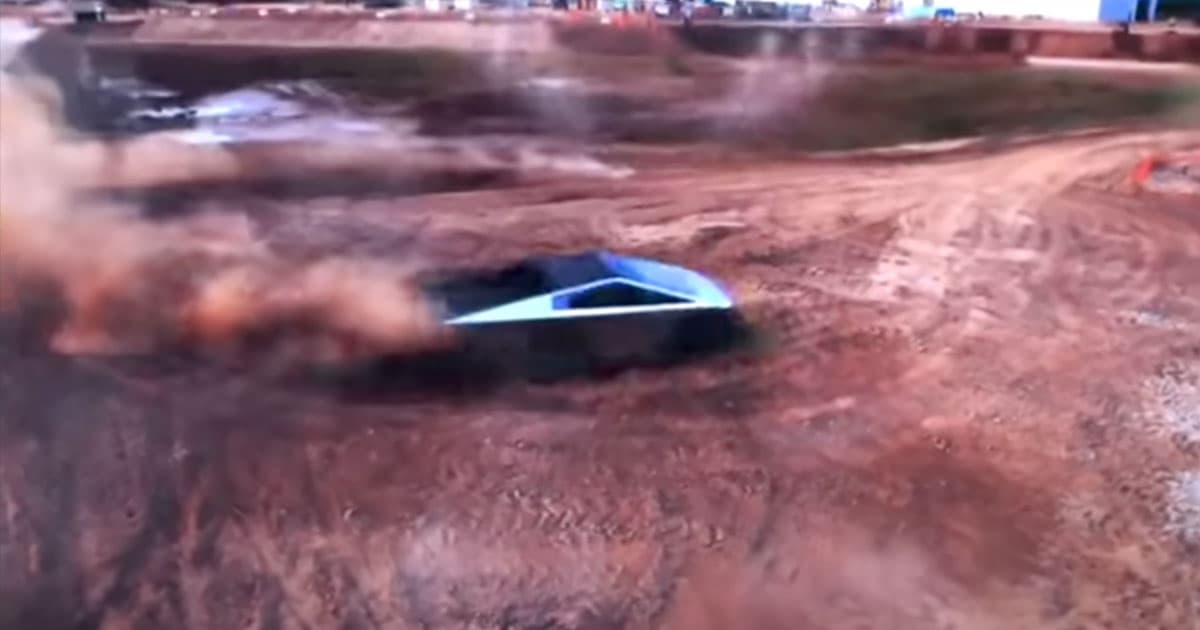 Is that rear wheel steering?

Is that rear wheel steering?

As the release of Tesla's Cybertruck approaches, excitement for the electric pickup truck is starting to ramp up.

A newly leaked showroom video shows the hard-edged stainless steel vehicle tearing it up on dirt roads, riding through fields, and doing some sick donuts.

The news comes days after Lars Moravy, Vice President of Vehicle Engineering at Tesla, confirmed that the Elon Musk-led automaker is producing "a number of Cybertruck prototypes" during the company's Q3 2021 earnings release last week.

"As you may have seen recently in social media, we’ve built a number of alphas and are currently testing those to further mature the design," he added.

Moravy also referred to a separate leaked video, which shows an early Cybertruck prototype with an impressively tight turning radius. That's due to a new feature allowing its rear wheels to point in the opposite direction, that Moravy called "rear steering" during the call.

The truck also sports rear view mirrors, despite early prototypes showing up in public without them.

The unusual truck's launch was recently pushed from the end of this year to "late" 2022. Production will take place at Tesla's new Gigafactory near Austin, Texas.

Tesla is still taking refundable preorders for a cool $100 on its website. How much the truck will actually end up costing, though, remains hazy. The company recently removed the truck's specs and price from its site.

The hulking truck isn't likely to end up being the cheapest car in the company's lineup, though.

More on the truck: Tesla Just Scrubbed the Cybertruck Prices, Specs from Its Website