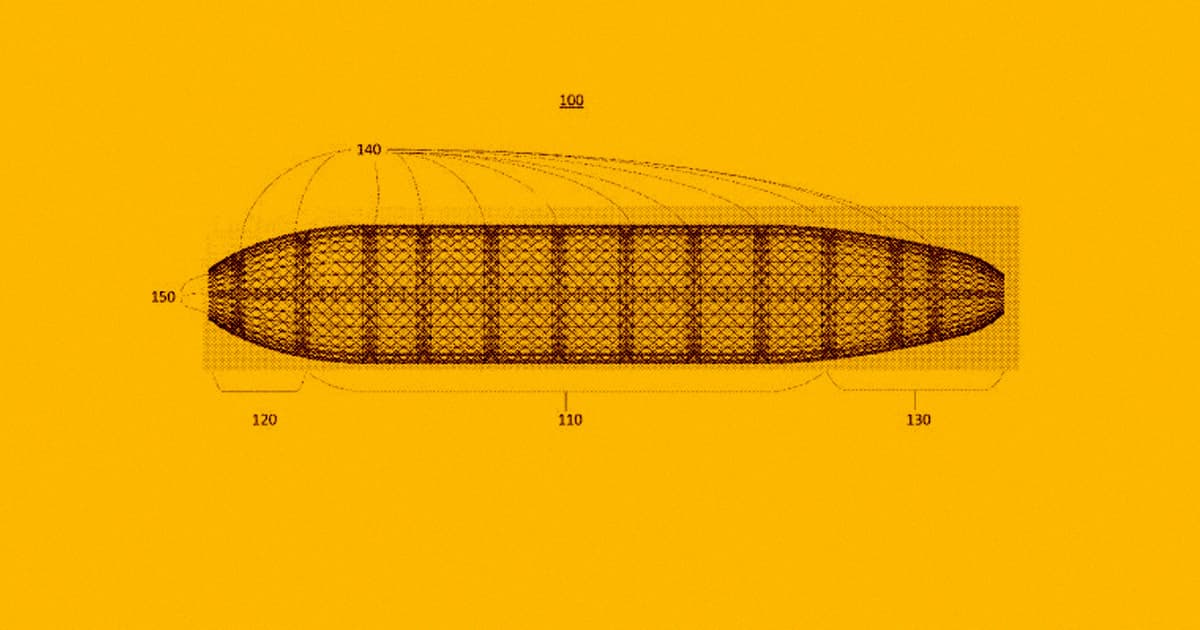 Hydrogen airships make more sense than you might think.

Hydrogen airships make more sense than you might think.

Google co-founder Sergey Brin is working on an extremely ambitious project: a massive airship so big, it'd make the Hindenburg blush. The giant craft is designed to deliver humanitarian aid to those in need in hard to reach places.

To power it, Brin's secretive company called LTA Research is hoping to bring out the big guns in the form of a 1.5 megawatt hydrogen propulsion system, according to a recent job listing, as first spotted by TechCrunch.

That'd make it several orders of magnitude larger than any other hydrogen fuel cell to have taken to the skies, according to TechCrunch. The record holder for that is aircraft startup ZeroAvia's zero emissions hydrogen plane with a comparably tiny 0.25 megawatt hydrogen fuel cell.

Hydrogen propulsion systems make sense for aircraft as they're far lighter than lithium-ion batteries. That means the range is also considerably longer. "Where we could go something like 125 miles with batteries, we should be able to go nearly 1,000 miles using hydrogen," Josef Kallo of the German Aerospace Center who is developing an unaffiliated fuel cell system, told TechCrunch.

There are plenty of other hurdles to still overcome. For one, hydrogen fuel cells produce plenty of excess water and heat. Storing liquid hydrogen in giant fuel tanks safely is also pretty complicated — and if history is any indication, safety on board a hydrogen-powered airship should be number one.

Getting Off the Ground

LTA Research is currently working on a battery-powered airship that can fit up to 14 passengers called Pathfinder 1. The company's first hydrogen fuel cell will be built by a separate company and retrofitted into an existing prototype, according to the job listing — but that could still be several years out.

If everything goes according to plan, the company could be helping local nonprofits with disaster relief from the air, particularly in regions not accessible by plane or boat. But getting such a massive hydrogen propulsion system off the ground won't be a walk in the park.

Big Ass Blimp
These Scientists Want to Bring Back Zeppelins in a Big Way
8. 23. 19
Read More
Another Google Co-Founder Is Building a Secret Aircraft
4. 27. 17
Read More
Ctrl C Ctrl V
Inspired by Twitter's Struggles, Facebook Considers Making an App Where You Can Post Text. Wait a Second...
5:43 PM
Read More
+Social+Newsletter
TopicsAbout UsContact Us
Copyright ©, Camden Media Inc All Rights Reserved. See our User Agreement, Privacy Policy and Data Use Policy. The material on this site may not be reproduced, distributed, transmitted, cached or otherwise used, except with prior written permission of Futurism. Articles may contain affiliate links which enable us to share in the revenue of any purchases made.
Fonts by Typekit and Monotype.