These Scientists Want to Bring Back Zeppelins in a Big Way

Their proposed cargo airship is ten times bigger than the Hindenburg. 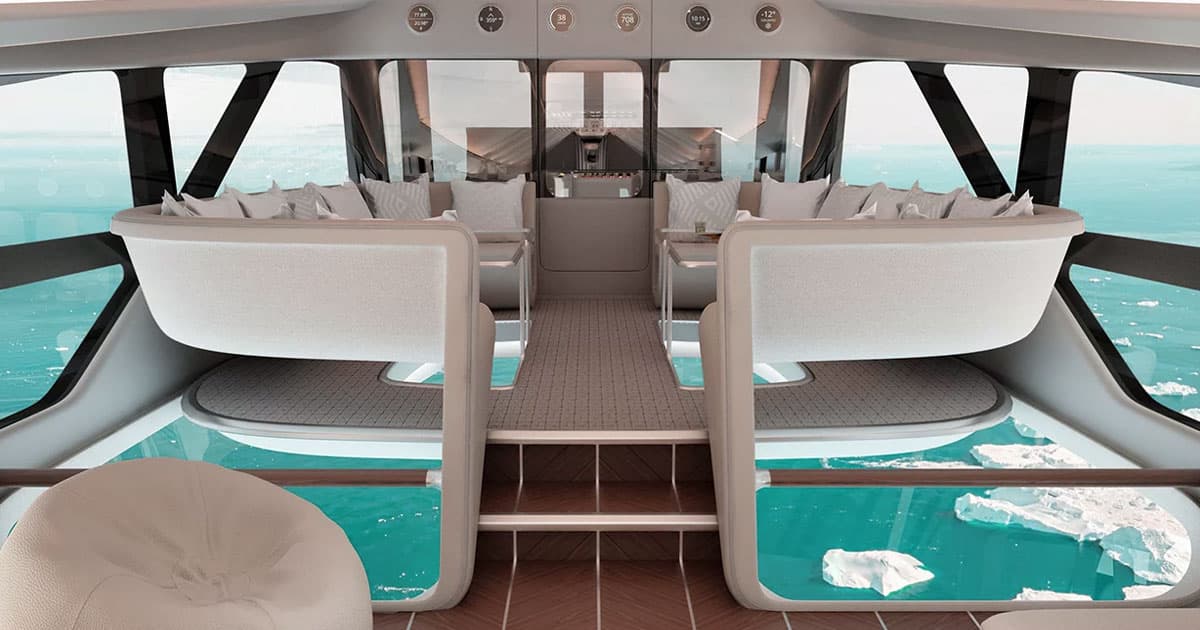 Here's an explosive situation: An Austrian team of scientists are proposing an airship, otherwise known as a zeppelin, that's ten times the size of the Hindenburg — the 800-foot German passenger airship that infamously caught fire in 1937, ending in a disaster, while landing in New Jersey.

Despite their inherent dangers, zeppelins could revolutionize cargo transportation in the 21st century, the scientists argue. For one, according to a terrific NBC News feature on the project, hydrogen-filled zeppelins could greatly reduce carbon dioxide emissions from the maritime shipping industry.

Thanks to the tenfold increase in dimensions, its capacity to lift cargo could increase 1000 fold, the team argues in a paper submitted to the September issue of the journal Energy Conversion and Management.

The airship could also be much quicker than cargo ships. The idea is to harness powerful jet stream winds at altitudes between ten and 20 kilometers where winds reach an average of 165 km/h. In fact, the proposed zeppelins could circle the entire planet in as little as two weeks according to the paper — while hauling more than 20,000 tons of cargo.

"I didn’t invent this," Julian Hunt, a postdoctoral fellow at the International Institute for Applied Systems Analysis in Laxenburg, Austria, told NBC, referring to the idea of harnessing the power of strong air currents. "The Hindenburg used to do it. They had this path which would go from New York to Tokyo and then come back,” he said. “The jet stream hasn’t changed much in 100 years."

But rather than relying on "cow intestines to build the gas bags," according to Hunt, the technology to build zeppelins has vastly improved since the Hindenburg disaster.

Still, plenty of risks remain despite these advancements. Hydrogen is hydrogen — a flammable gas that could still end in disaster even 82 years after the Hindenburg's demise that killed 36 people. Today's much smaller blimps rely on inert helium gas, but it's a resource that's far more expensive to extract.

Hunt's solution: autonomous operation. "The idea would be that the whole process would be automated so that in case you have an accident, no one will be injured — only the equipment and the cargo," Hunt told NBC News.

Despite critics, zeppelins are experiencing a bit of a renaissance these days.

The world's largest aircraft, the Airlander 10 or otherwise known as the "flying bum" thanks to its suggestive shape, took flight for over central England for the first time in August 2016. But it's still dwarfed by the Hindenburg, since it measures only 302 feet and can only carry only ten tons.

Even the likes of Google co-founder Sergey Brin are on board to build a massive airship. According a The Guardian report from 2017, Brin is planning to build "the world's biggest aircraft" on an airfield owned by NASA. Despite its planned length of nearly 200 meters, it'd still be smaller than the Hindenburg.

Read This Next
Futurism
Another Google Co-Founder Is Building a Secret Aircraft
More on Advanced Transport
Kapow
Yesterday on the byte
Self-Driving Car Plowed Into Active Fire Scene, Forcing Firefighters to Smash Its Window
Netflix and Drive
Monday on futurism
Mercedes Claims to Have Achieved Level 3 Automation, Beating Tesla
Battery Trouble
Monday on the byte
Tesla "Spontaneously" Bursts Into Flames While Driving Down Freeway
READ MORE STORIES ABOUT / Advanced Transport
Keep up.
Subscribe to our daily newsletter to keep in touch with the subjects shaping our future.
+Social+Newsletter
TopicsAbout UsContact Us
Copyright ©, Camden Media Inc All Rights Reserved. See our User Agreement, Privacy Policy and Data Use Policy. The material on this site may not be reproduced, distributed, transmitted, cached or otherwise used, except with prior written permission of Futurism. Articles may contain affiliate links which enable us to share in the revenue of any purchases made.
Fonts by Typekit and Monotype.