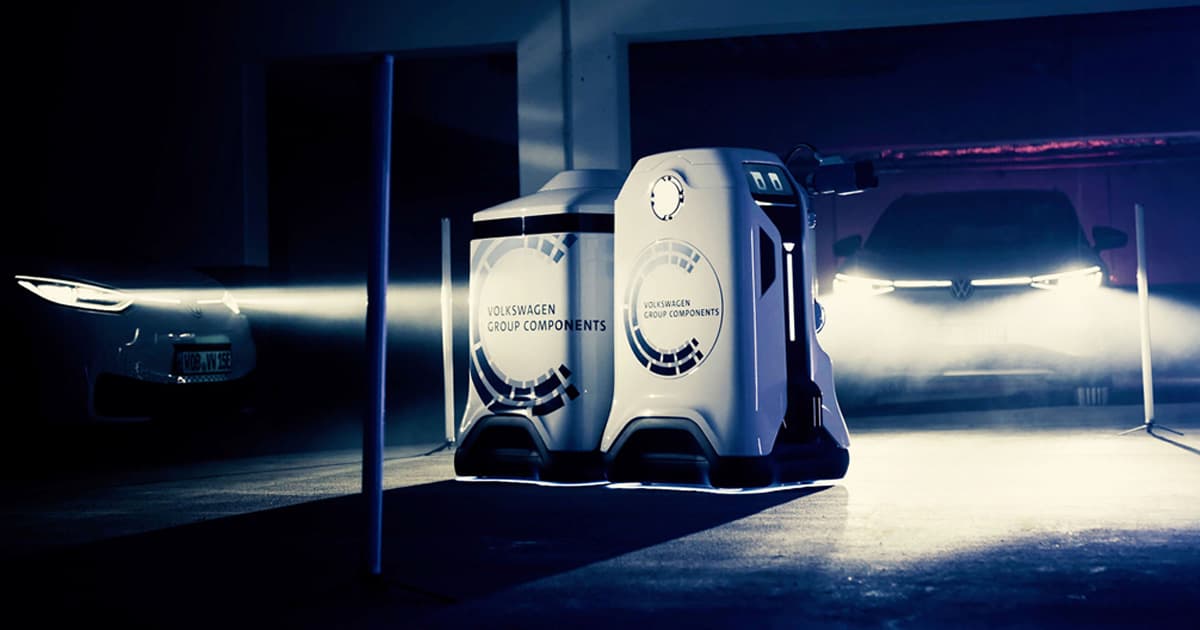 German carmaker Volkswagen has unveiled a working prototype of a robot that can autonomously charge electric cars.

The company has had the idea for at least a year, but only now has VW shown off a working robot capable of charging a car.

The Mobile Charging Robot is an adorable squat bot — which, when you get right down to it, is strikingly reminiscent of the R2-D2 droid from "Star Wars," bleeps and bloops included.

So why does it exist? The idea is to allow robots to bring the charge to vehicles parked in large residential complexes rather than having cars drive out to stations elsewhere. The other advantage: larger parking lots and garages don't have to include multiple expensive charging spots.

The robot "operates totally autonomously," according to a press release. "It independently steers the vehicle to be charged and communicates with it: from opening the charging socket flap to connecting the plug and decoupling it."

A trailer, "essentially a mobile energy storage unit," can also take care of charging multiple cars at one. On its face, that introduces a huge inefficiency: basically, you'd have to charge the robot's battery supply which it then uses to charge electric cars.

But Volkswagen is still singing the praises of the concept.

"Setting up an efficient charging infrastructure for the future is a central task that challenges the entire sector," Thomas Schmall, CEO of Volkswagen Group Components, said in the statement. "We are developing solutions to help avoid costly stand-alone measures. The mobile charging robot and our flexible quick-charging station are just two of these solutions."

VW is hoping to launch such flexible quick-charging stations in early 2021, but is still evaluating if an autonomous robot system makes sense on a larger scale.