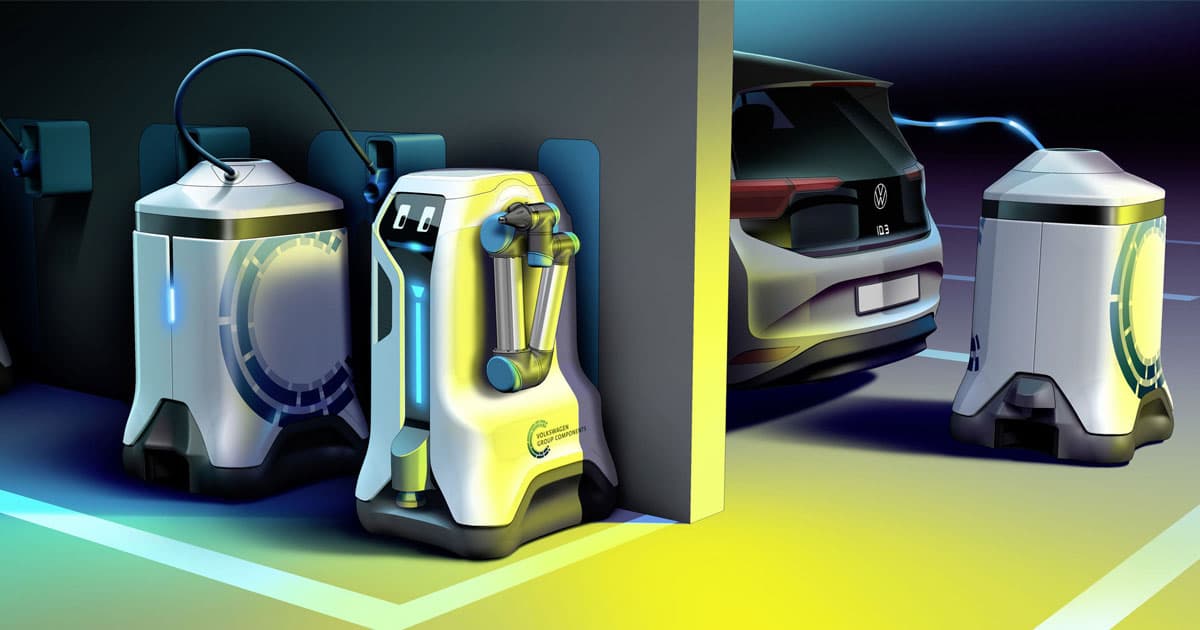 This robot could turn any parking spot into a charging one.

This robot could turn any parking spot into a charging one.

German automaker Volkswagen has unveiled a robot that can autonomously charge your electric car without the need for any human interaction — you just summon it to your vehicle via an app.

The adorable robot can simultaneously charge multiple vehicles inside the same parking garage by hooking up a mobile battery pack to each car and then retrieving the pack once the car is charged.

Each battery pack can hold about 25 kWh and can top up the battery of a vehicle at a rate of 50 kW. In theory, anyways — as of right now, the robot and its “battery wagon” buddy don’t actually exist.

“It’s a visionary prototype, which can be made into reality quite quickly, if the general conditions are right,” Mark Möller, Head of Development at Volkswagen Group Components, said in a statement.

Volkswagen hasn’t announced any dates for realizing its vision, but the benefits of the robot are clear: it could eliminate the need for dedicated parking spots outfitted with electric car chargers.

“With this, we are making almost every car park electric, without any complex individual infrastructural measures,” Möller said, adding that “the constructional work as well as the costs for the assembly of the charging infrastructure can be reduced considerably through the use of the robots.”