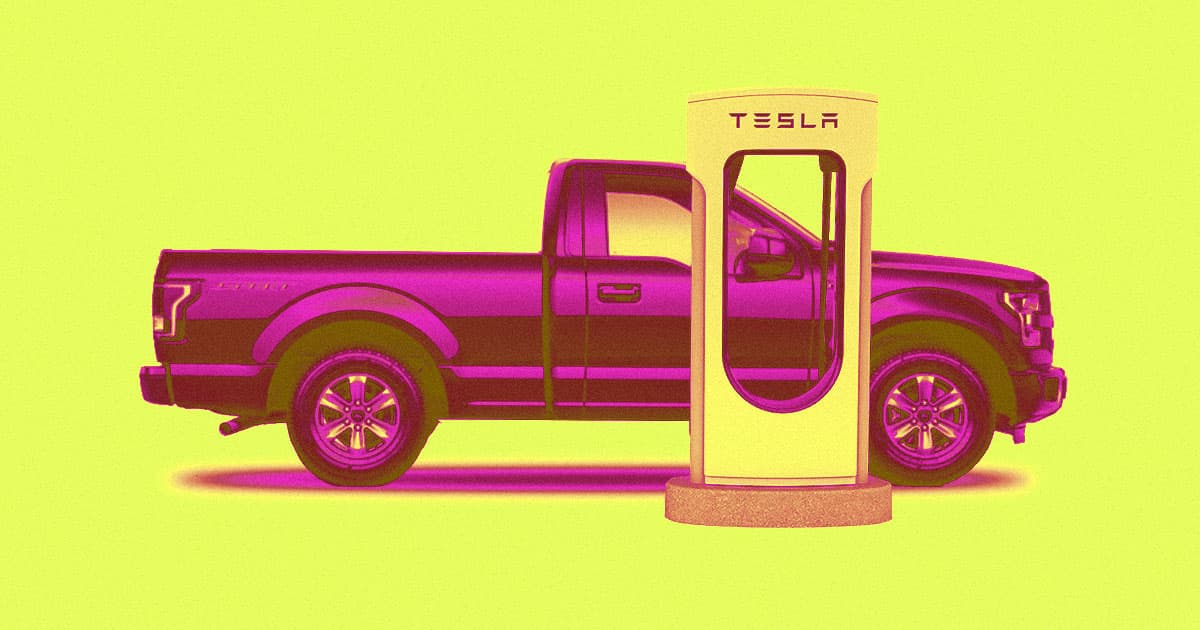 Gasoline Fiends Blocked Every Single Tesla Charger in This Town

On Sunday, gas guzzlers blocked every single Tesla Supercharger in Yorktown Heights, New York in an event they called a "car show."

Blocking a Tesla charging dock with a vehicle is called ICEing — short for "internal combustion engine" — sometimes intended to troll electric vehicle owners. It's unclear what motivated the impromptu mass-ICEing in Yorktown, which was shared on a Tesla Facebook page, but the end result was the same: Tesla drivers in the area were effectively cut off from charging access.

ICEing often takes place because drivers want to use the charging stations as parking spaces, but sometimes it's done as a bizarre protest against Tesla.

It's possible that the car show blockade was all a big misunderstanding — it's unclear whether anyone asked them to move or if some car aficionados simply capitalized on what appeared to be a parking lot's worth of empty spaces.

Without access to the station, Tesla drivers looking to charge their cars at the Yorktown Heights Superchargers — inexplicably listed as a California station on Tesla's website — would have had to drive eke out another 14 miles to a charging dock on Ossining, New York.

ICEing is often compared to blocking all the pumps at a gas station. But given the limited infrastructure in place to support electric vehicles, ICEing a Supercharger becomes much more of an inconvenience than losing any one gas station.

More on ICEing: Tesla's Anti-ICEing System Just Got an Upgrade