A Tesla Owner Is Fighting Back Against Aggressive Truck Drivers

The culture war between Tesla and truck drivers, explained. 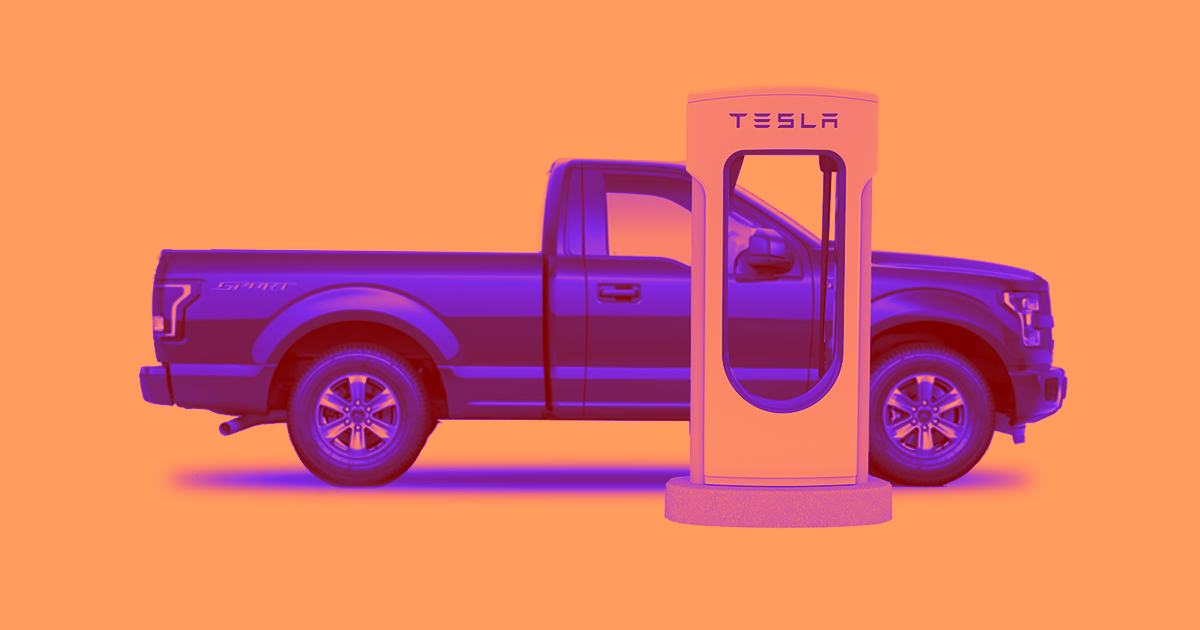 Road rage is no longer relegated to the road.

In a bizarre series of events, drivers of non-electric vehicles have started verbally attacking Tesla owners at Supercharger stations while simultaneously preventing the drivers from charging their vehicles — but at least one Tesla owner has found a way to fight back.

According to a pair of Electrek stories, at least twice since December 24 pickup truck drivers have parked their vehicles in front of Tesla Superchargers at a location in Hickory, North Carolina.

This blocking of an electric vehicle (EV) charger by a non-EV vehicle is nothing new — it even has a name: ICEing, a verb form of the acronym for "internal combustion engine" — but it's usually the result of someone wanting to use a parking spot and not caring that it's supposed to be reserved for EVs.

That doesn't seem to be the case here, given that the truck drivers reportedly chanted "fuck Tesla" and shouted other profanities at the EV drivers while ICEing the Tesla Superchargers.

At least one Tesla driver has taken it upon himself to find a way to fight back against these protests.

In a clip published to YouTube on Tuesday, video podcaster Patrick Lawson conducted a "Tesla Supercharger De-ICEing Experiment" using his Model X and his sister's 5,104 pound Chevy Silverado. Even with the truck's emergency brake engaged, the Tesla was easily able to tow the vehicle from its position in front of a Supercharger.

Of course, we are in no way advocating that Tesla drivers actually do what Lawson demonstrates — if they witness an ICEing in progress, they might want to consider reporting the situation to the Supercharger site manager or to Tesla via its customer service number in lieu of potentially escalating the situation by busting out their tow cables.

It's hard to say for sure what's going on in the minds of the truck owners blocking the Tesla Superchargers, but based on the aggression they've displayed, the "protests" seemed designed to intimidate Tesla owners.

As for why they might want to do that, who knows? It could come down to some sort of primal us-versus-them mentality. Maybe it's how they've chosen to express their grief at the coming end of the ICE vehicle era. Or perhaps the truck drivers are just good old-fashioned Elon Musk haters, and since they can't spew their vitriol at the man himself, his customers will have to do.

Speculation aside, the whole situation is ironic given that EV drivers actually do have a very obvious reason to be upset with drivers of ICE vehicles. After all, each time they start their engines, they're pumping more climate-destroying greenhouse gases into the air we all have to breathe.

But they probably don't want to hear that.

More on ICE vehicles: Demand for Combustion Engine Cars May Have Peaked in 2018

Read This Next
Absent CEO
Tesla Investors Furious at Elon Musk for Vanishing During Crisis to Play With Shiny New Twitter
Stay Away
Tesla Is Having Extreme Trouble Hiring, for Some Reason
It Was the Tesla
Manslaughter Case Has a Strange Twist: Tesla That Killed Couple Was on Autopilot
Full Self-Delusion
Survey: 42% of Tesla Autopilot Drivers Think Their Cars Can Entirely Drive Themselves
Musk Antics
Elon Musk Has a Big Problem on His Hands
More on Advanced Transport
Stay Away
9:33 PM on the byte
New SUV Features Electrified Door Handles and Pepper Spray Guns
No Fly
Monday on the byte
The TSA's Entire No Fly List Appears to Have Just Leaked
Driven Down
Jan 14 on the byte
Tesla Slashes Car Prices Up to 20 Percent
READ MORE STORIES ABOUT / Advanced Transport
Keep up.
Subscribe to our daily newsletter to keep in touch with the subjects shaping our future.
+Social+Newsletter
TopicsAbout UsContact Us
Copyright ©, Camden Media Inc All Rights Reserved. See our User Agreement, Privacy Policy and Data Use Policy. The material on this site may not be reproduced, distributed, transmitted, cached or otherwise used, except with prior written permission of Futurism. Articles may contain affiliate links which enable us to share in the revenue of any purchases made.
Fonts by Typekit and Monotype.