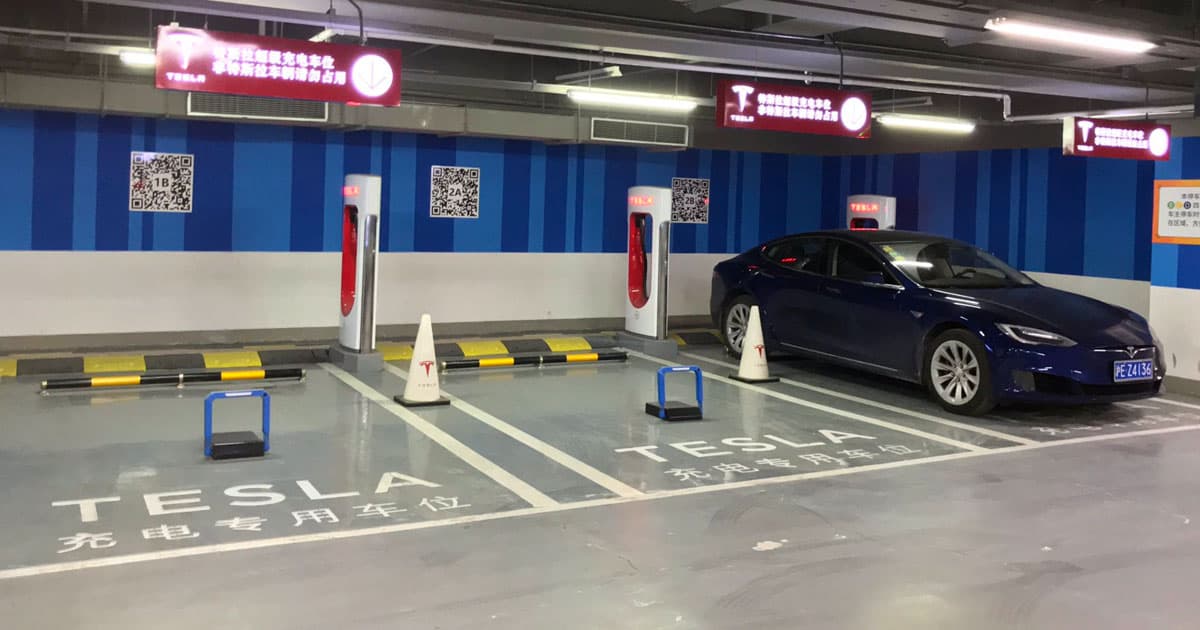 The company is locking ICE drivers out of parking spots.

The company is locking ICE drivers out of parking spots.

Put the tow cables back in your trunk.

But now, Tesla has come up with a more official solution: using automated barriers to prevent gas-powered cars from parking in front of Superchargers in the first place.

On Monday, Electrek reported that Tesla has begun placing "locks" at charging stations in China, presumably to prevent Supercharger ICEing.

Based on photos shared by Twitter user @ShanghaiJayin, the lock looks to be a squarish metal hurdle perhaps a foot or so high that sticks straight up from the center of a parking spot. A Tesla owner uses a QR code found on the lock, along with the WeChat app, to lower the hurdle, thereby unlocking the space.

In China here is our creative solution to the ICEing problem. Well done to Tesla China for this great solution. Mostly all of the new Tesla Supercharger Station have these installed. Takes less than one minute of your time. #Tesla #TeslaChina #ICEing pic.twitter.com/gBPXVoORxU

So far, Tesla has only implemented the locks on new charging stations in China, so they won't be able to stop the Supercharger ICEing events currently taking place in the U.S. As pointed out by Electrek, the devices might also not be tall enough to prevent truck drivers from parking in spots reserved for EV charging.

Still, the Supercharger locks are an innovative solution to what seems to be a growing problem. And if they can help stop ICEing without increasing the potential for conflict between drivers of EVs and ICE vehicles, the locks could be worth implementing on a much wider scale.

More on ICEing: A Tesla Owner Is Fighting Back Against Aggressive Truck Drivers